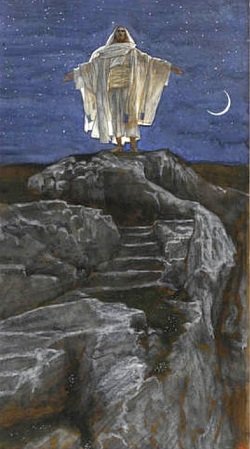 ‘Things aren’t the way they’re supposed to be‘. I was talking about the weather because on Christmas morning, instead of puffing out white clouds and crunching across icy streets, our merry morning was a balmy 14 degrees (around 57 F). Whilst I don’t like the cold, it felt decidedly un-festive to be warm on Christmas day – and yes, I recognise that this is a very English reaction considering Australian friends will have enjoyed Christmas on the beach 🙂 But as we grow up, we create certain traditions that help us mark the passage of time and certain rules that give life structural support. Capricorn is our conditioning that both contains and sometimes limits us.

Capricorn likes to know where it stands. It’s a realistic, ambitious sign that enjoys clearly defined boundaries. Without a sense of definition, Capricorn can feels the pull of the emotional undertow: don’t forget this sign is symbolised by the Seagoat. With the New Moon in Capricorn occurring around the time of New Year’s, this is a period where we reflect upon the last twelve months and start to plan what we hope to achieve in the year ahead.

Normally New Moons are about beginnings and setting seeds of intention but this lunation is conjunct retrograde Mercury so before you start planning ahead, the skies suggest that a yearly review is in order before planning your next move. Saturn, ruler of this lunation, has just perfected the first of three squares to Chiron so for some, there may be painful realisations that all is not as it should be. It may feel like a rocky road right now, pitted with obstacles. You may feel inadequate or incapable and just not strong enough to endure more tests and trials.

But the Moon is sextile to Mars clearly stating, you are strong enough. There are actions too that can be taken to alleviate some of the pain. Sometimes, even though the reality may not look pretty, the cold hard facts are most helpful in seeing what needs to be done. With Saturn square to Chiron, there can be a tendency to focus so much on what we can’t fix that we miss what can be fixed. Check in with yourself whether you are limiting yourself too much for fear of getting hurt. Get in touch with your inner Saturn who is willing to do whatever it takes to get back on track. In the New Moon chart, Saturn is also sextile to Jupiter so advancement is possible despite limitations. The greater your self belief, the more you can achieve.

This New Moon feels like the prep work that has to be done before you start decorating. You can’t start painting the walls until you’ve taken down all the pictures and shelves, filled in the holes with polyfilla, sanded them down and finally washed it all with sugar soap to remove grubby fingermarks. It’s about making sure there’s a good base for the paint to stick to. Without creating good foundations for life, it’s hard to stick to projects and plans. Poor foundations undermine everything you try to build.

The Moon’s trine to the Virgo North Node suggests that doing the work requires attention to detail which is turn opens the way ahead. A sextile to spiritual Neptune also offers the chance to make real what is in your imagination but it can only be achieved through hard work, commitment and responsibility. It’s not necessarily easy but neither is it impossible. Capricorn isn’t bothered about whether it’s easy or not and it may help to look back (Mercury retrograde) and recall those times when you had to do something really difficult but succeeded all the same. Triumph over problems brings an increasing sense of confidence and the certainty that you can take care of yourself no matter what happens.

The Sabian symbol for the New Moon is :-

Yes, this is the same degree where we’ve just had a retrograde Mercury conjunction to the Sun so the message is being repeated. Many of us chafe at the idea of being restricted. We want to fly free, untethered by rules, regulations and timetables but sometimes, it’s these very things that makes us feel safe enough to attempt harder tasks. Having clearly defined boundaries offers a feeling of familiarity as well as structure. These singing birds also show that happiness can be found in any circumstance and the experience of joy is only limited by perception. Sometimes, the more you focus on what ‘should‘ be, the harder it is to appreciate what is.

This New Moon is about managing yourself effectively. Acknowledge weaknesses without letting them define you. Look to the next mountain you want to climb, the next achievement you want to tackle. Starting at the bottom doesn’t mean that you’ve already failed. It means, the only way is up.