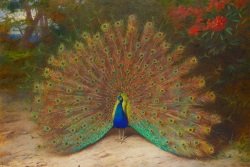 Happy New Year! January 2017 starts on a very quiet note with Mars conjunct Neptune in Pisces on the 1st January. This is hangover central so if people have been out celebrating the ringing in of the new year the night before, there could be some sore heads in the morning. Mars conjunct Neptune tends to dissipate energy so you may feel washed out, tired, lacking in motivation. However, it’s also possible that you feel creatively fired up as this aspect activates your imagination. If that’s the case, get out your paints and express yourself. Getting started with spiritual studies is another productive way to use this transit. Sometimes though, it’s good to have some time just to drift and dream, with nothing to do except curl up on the sofa and watch a few good movies.

Venus enters Pisces on the 3rd January which adds a fluffy blanket to the already soft vibration. Venus here likes to relax with her slippers on. Love is unconditional and idealised and everything is seen through a soft focus lens. Whilst it’s easy to immerse yourself in romance, blurred boundaries can sometimes cause problems in relationships. Still, you may value some peace and quiet before going back to work after the holidays. If you’re partnered, create space for some quality time together. If you’re shopping in the New Year’s sales, keep in mind that Venus in Pisces can spend money like water but contributing to a charity or cause close to your heart is a lovely way to honour this transit.

Mercury retrograde re-enters Sagittarius on the 4th January. With Mercury stationing retrograde in Capricorn originally, the emphasis has been on reviewing commitments and responsibilities. Now Mercury asks you to check in with your vision for the future and ensure that you fully understand the implications of your current goals. Venus conjoins the South Node on the 7th January, where there’s a push to get out of your comfort zone. Releasing old relationships and ties to old loves may also be part of the process of clearing away the past so that Mercury’s station direct on the 8th January means you can move forwards with confidence and enthusiasm.

Vesta’s entry into Cancer on the 10th January followed by the Full Moon in Cancer on the 12th January, heralds a time of focus on home, family and safety. Your home is your nest and the place where all masks to the outer world fall away, leaving you free to be entirely yourself. This is the perfect time to see what work needs to be done to make your abode feel more comfortable and even to finish up half-started decorating projects! Vesta’s presence in this sign suggests that devoting yourself to family and loved ones as well as providing a nurturing space for yourself brings spiritual solace.

Mercury re-enters Capricorn by direct motion also on the 12th January when you feel more decisive, especially around work and career dilemmas. It’s still wise to watch Capricorn’s tendency towards negative thinking however. Caution is advised but don’t let your thoughts limit your potential.

Mars’s conjunction to Chiron on the 17th January followed by a square to Saturn on the 19th January, heralds a difficult few days. There may be a feeling of being disarmed, war wounded and emotionally bruised. Mars conjunct Chiron can feel like a dent in your armour. Perhaps you feel like a weak point is on show or like you don’t have the strength to fight. The square to Saturn often manifests as frustration because you’re getting nowhere fast. It can seem like you’re driving with the brakes on. The trick with these difficult aspects is to accept your weak points and by accepting them, turn them into strengths. Knowing where you are easily hurt makes you aware of your triggers and therefore more able to manage them effectively. Mars and Saturn can work well together provided you do the work. Whilst Chiron may initially make you feel like throwing in the towel, Saturn’s influence could give you the tenacity to keep going, despite any challenges.

The Sun’s entry into Aquarius on the 19th January followed by the New Moon in Aquarius on the 28th January may help to lift some of this heavy energy as well as give you the inspiration to try alternative paths. Embrace your uniqueness, your quirks, your difference because these are all expressions of the person you are. There’s no one like you! Plant a seed of intention to try one new thing this year to shake up your life and change your perspective. Mars’s entry into his own sign Aries also at New Moon boosts energy levels and gives you the courage to go for it!

As we reach the end of the month, the Jupiter, Uranus, Pluto t-square moves into orb. This trio will be a major astrological influence until April 2017. Basically speaking, Jupiter is getting involved in the long and sometimes heated conversation that Uranus and Pluto have been having since 2012. Whilst these two have finished their main meeting, they have now moved close enough together again to reprise some of the previous dialogue.

The Uranus-Pluto square has brought radical revolutions, shocking changes and surprising reforms and it’s been a long and rocky road which predictably (with Uranus involved) has caused a great deal of instability. Now Jupiter in Libra is joining the conversation, there is an increased emphasis on finding our balance again. Jupiter’s presence in Libra involves developing better ways of relating with each other, more diplomacy, less my way or the high-way. The square from Jupiter to Pluto however could also bring out the shadow side of this placement where it could escalate and intensify problems. Some may want to gloss over troubles, showing off something lovely to distract us from the ugly truth. Squares indicate that action is needed to resolve the tension and there could be a danger that those in power (Pluto) could sit in judgement of others (Jupiter). Bullying tactics to force change may be in the mix here just as much as wise council to bring peace to all parties.

On an individual level, in your own chart, there may be surprising developments and even big positive changes in the areas of life indicated by the houses where Jupiter and Uranus are transiting. These developments/changes however hinge on the reforms needed in the area of life represented by the house where Pluto is travelling. With Pluto in Capricorn, the old methods just won’t cut it any more. Reforming the systems you are used to can feel destructive but within each destruction is the seed of creation.