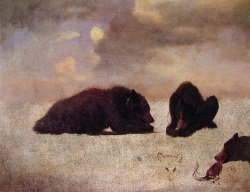 The first lunation of the year is bound to make an emotional impact as the Moon opposes Pluto and squares both Jupiter and Uranus. This creates a cardinal grand cross, something we’ve become somewhat familiar with over the past few years! The problem is, familiarity can breed contempt and there may be some old patterns, old stories, old stuff that comes erupting out at the least provocation.

The Moon is already strong in her own sign and given the right conditions, Cancer is a lovely soft, kind, nurturing, supportive sign. Think, the sweet scent of Mum’s cooking and being embraced in her arms whenever you shed a tear. But with the Moon in opposition to threatening Pluto and square to Ceres, this Mamma has teeth much like a grizzly she-bear.

We’re already dealing with the complex t-square of Jupiter opposite Uranus square to Pluto where there’s shocking/surprising developments that could transform or raze everything to dust. There’s big potential or catastrophic change, massive breakthrough or giant breakdown. Everything is magnified into good and bad and we’re seeing it all in black and white with Pluto involved. The trouble is there’s little middle ground and now it feels personal with the Moon involved. In astrology, the Moon represents ‘the people’ so what is happening with the governments and the powers that be (Pluto) is counter to the people’s needs and this is rippling under the surface of our interactions.

In our own lives, there may be Plutonic issues to deal with – power games, manipulation, jealously or simply the feeling that your safety and security is in some way threatened. And when we feel threatened, we run on basic instinct – fight, flight or freeze. Conscious emotional choice goes out the window. Instead of forming healthy alliances (Jupiter in Libra), we may tend to go it alone (Uranus in Aries). A balance is needed but it’s hard to figure out what’s best when the wolf is at the door (Pluto). 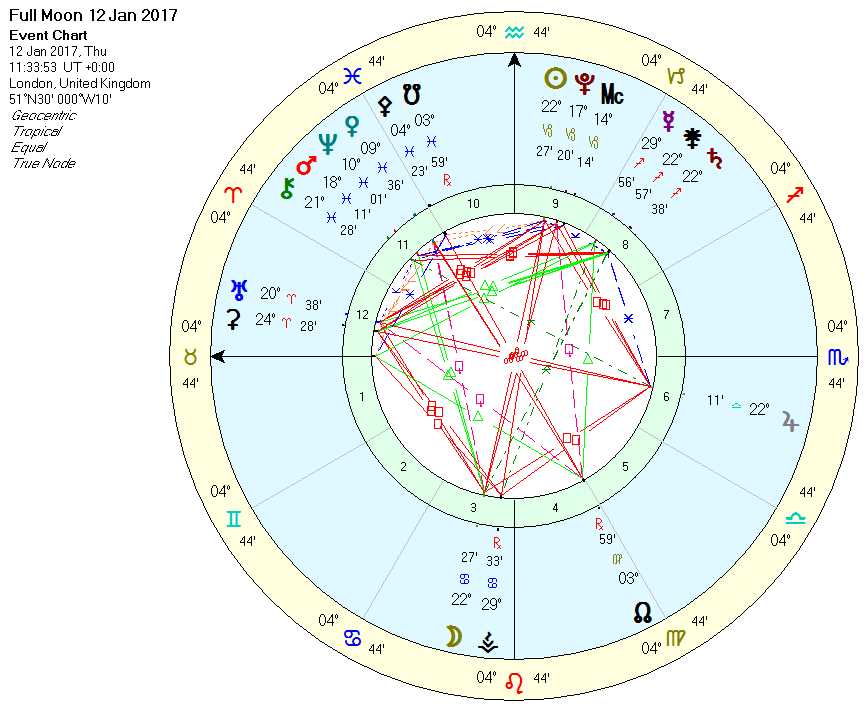 The Moon’s square to Jupiter increases emotions. The square to Uranus adds contrary Mary into the mix, stamping her foot, rebelling, saying anything to break the stalemate and just be free of all this. Also, the unpredictable nature of Uranus doesn’t sit easily with safety conscious Cancer. Positively, there’s the potential to step back and be objective and get some breathing space if things get overwhelming but there’s a need to be closely monitoring our reactions in order to do this. Sure, a trine to Mars makes us brave and we need that bravery to face up to Pluto but sometimes, being too brave can get us into hot water. Sometimes, it’s about knowing when to face down the opposition and when to back off. Power comes from knowing what is in our control and what isn’t. A trine from the Moon to Chiron says there’s healing potential in this lunation despite the powerful challenges but that healing may come at the price of pain – like lancing a boil.

Saturn and Juno are just past a conjunction reminding us of the responsibility of our contracts and commitments but this sits in an uneasy quincunx to the Moon. We may be feeling awkward about what we’ve agreed to or what we’re being asked to agree to. The quincunx to Saturn too may show there’s a level of discomfort when it comes to taking responsibility for our reactions and responses. Nobody wants to take the blame, own up or be seen at fault. No one wants to be the one who says no. No one wants to stand up and say this makes me uncomfortable or this shouldn’t be happening. A small adjustment of our position however may make us realise that lots of others too are feeling the same.

The Meeting Of A Literary Society

During this lunation, there is an opportunity to see how much we’ve learned on an emotional level. The more we understand about why we react the way we do, the more choices we have as to how we respond to any given situation. Hidden in this tense pattern is a chance to really get to know our story – to see the patterns of emotional response that have developed since childhood and to understand at a more conscious level what needs to be changed.

This may be a tough Moon but we have been here before. We have dealt with these old problems, these old fears. We survived then and we will survive now. You could have a golden opportunity (Jupiter) for an awakening (Uranus) that will transform everything (Pluto). Consider what are you trying so hard to hold onto that really needs to released? Where are you letting fear dictate your response? Exploring these questions will take you beyond ugly surface of this Moon into the rich mines within. The Moon’s closest major aspect is to Jupiter so there is hope that good can come from bad, opportunity from difficulty. Instead of thinking of this Grand Cross as a big fat negative on your homework paper, think of it as an X marks the spot on a treasure map.