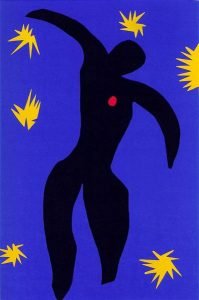 The inauguration of Donald Trump takes place at midday on the 20th January 2017. The chart of the inauguration is said to represent something of the presidency itself so I’m going to take a look at some of its main features. Firstly, the Sun, symbolising the president and the ruler of a country in mundane astrology, is placed on the Midheaven, the highest point in the sky. This is standard as the Sun is highest around midday and will be a feature of many an inauguration chart as they are always held at the same time and date.

So, all eyes are on the Sun, on Trump, and with this being situated in the 9th house, straight away we can see that his stance on international relations is highlighted. Many have already cited his comments that have inflamed China and his apparent strong connection to Russia so already he’s made an impact – not surprising with powerful Pluto also in the 9th. Pluto trine to the Ascendant shows he is likely to be seen as someone with power and certainly being in the control seat of the most powerful nation on Earth would be an apt interpretation of that. Pluto however is at the apex of the t-square with Jupiter and Uranus so there can also be a warmongering tendency here with issues of power, control and domination magnified by Jupiter in the face of instability (Uranus). Pluto too is conjunct asteroid Alekto, one of the Greek Furies with her name meaning ‘unceasing anger’…

More concerning however, is the Sun’s lack of connection by major aspect to any of the other planets in the chart meaning that this is an unaspected Sun. An unaspected planet tends to work in its own way. It’s unrestrained. Whilst unaspected planets can work brilliantly – for example, his confidence and willingness to shine may at times work in his and perhaps in the country’s favour, there is also the danger of the shadow side to the Sun bleeding through – overbearing, boasting, over-confident and most of all arrogance. As these more difficult features are already present in his natal chart (interpretation to come shortly), it will be interesting to see whether he can modify these shortcomings or whether he will display the wild unpredictable side of a contrary Mary, zero degree Aquarius Sun which can be stubborn as a mule. The Sun square to Ceres in the 12th, suggests agriculture/Mother Earth issues are likely to be sidelined so I don’t imagine much will change with his stance on climate change.

The Sun is also conjunct asteroid Icarus. Icarus famously fell to earth after ignoring his Father’s warnings about flying to close to the Sun. It’s possible then that Trump may go through a ‘great fall’ during his time in office. An alternative interpretation is that I often see Icarus in charts when people have a strong desire to run away. It makes me wonder whether Trump may find himself out of his depth – especially with a Pisces stellium in this chart.

Taurus rising (again standard in an inauguration chart) makes Venus the ruler of the chart. Venus is situated in the sociable 11th house conjunct Chiron and Mars and square Saturn in the 8th house. Venus is also in a wide conjunction to Neptune. Trump may need to watch his ‘friends’ because idealisation is common with Venus-Neptune but Venus-Chiron could suggest being hurt when reality (Venus square Saturn) kicks in. What seems like an attractive alliance (Venus conjunct Mars) may turn out to have a flaw (Chiron). Venus is in a tight sextile to Pluto, a typical aspect of wealth. Money (Venus) has the power to influence (Pluto) but only so far with the Venus-Saturn square.

It’s interesting that the Moon is on the Sabian symbol ‘A Fellowship Supper Reunites Old Comrades’ and certainly Trump seems to be surrounding himself with old friends – and yes I’m noting the word ‘comrade’ given his pally connection to Putin! Possibly the limits of banks and funding (Saturn in the 8th house) could play a part in the forging and breaking of political friendships. The Pisces stellium of planets itself could indicate the potential for unity, or the potential for escapism and sleight of hand.

Mars too is still war-wounded after his conjunction with Chiron so it’s like Trump is on the wrong foot before he even starts and clearly there has been a huge outcry against him. His defenses are down. This of course could also relate to the idea of building a wall (Mars is square concrete Saturn!) because he feels the country is vulnerable to attack (Mars wounded by Chiron). Mars is also conjunct asteroid Child and from his Twitter responses, there does seem to be a hint of a whiney child coming out when feeling under attack.

Venus conjunct Neptune and Chiron and square Saturn suggests he’s conscious of where money is being wasted and looking to damn up the leaks. Venus conjunct Neptune too could indicate spending money like water or even illicit dealings. If the latter, they are likely to become clear over time given the Venus square to reality check Saturn, not to mention asteroid Karma directly opposite Venus. If Trump has got anything to hide financially speaking, it’s likely that it will come out – including any non-declared business dealings. Saturn strongly conjunct Juno in the 8th house would suggest that there are contracts and business dealings already in play as the presidency begins. Saturn’s trine to Uranus may mean that some indeed go well, especially investments into behind the scenes technology perhaps – but with Uranus in the hidden 12th house, we may not get to see what is occurring here.

The people, represented by the Moon, is in the 6th house of the chart suggesting that this is a president who has a vision (Moon trine imaginative Neptune) of helping the day to day life of the average American, perhaps by focusing on getting people into jobs given that 6th/10th emphasis. Maybe too, with benefactor Jupiter here sextile to Saturn in the 8th house of shared resources, there will be investment in public services. This is also the house associated with the army and navy so it is likely money is invested in the military.

Mercury is the most well aspected planet in this chart. It’s interesting because clearly from every speech so far, eloquence is not his strong point. But, Mercury’s sextile to Neptune and the Moon along with a trine to the Ascendant shows he may well have the gift of selling a dream to the people. With Mercury in practical Capricorn in the 8th house of banking, I imagine that what he lacks in oratory skills during his presidency, he more than makes up for when talking business.

What catches my eye is that the Moon is opposing the Ascendant. In mundane astrology, the 1st house relates to the country as a whole so it’s like the people are standing away from what is happening, opposing him. This is very symbolic of the mass marches that will be taking place around the time – especially given the Sabian symbol talking of people getting together, the old comrades. Trump is the rising star (the Ascendant) but the people (the Moon) are on the Descendant, waiting for the (Icarus!) fall. Feelings are intense with the Moon in Scorpio. With the Moon trine to Neptune, some may be enamored by Trump with all the glitz and glamour of Neptune conjunct Venus. For others, they may easily see through the veneer, putting their faith in a higher power, rather than their president. Neptune too is the final dispositor of this chart, so it all comes down to something intangible and unreal perhaps even coming to nothing. Despite Trump’s throne, all that glitters isn’t gold.