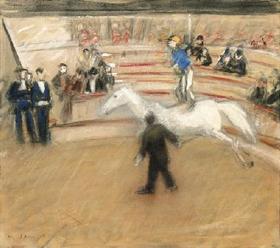 This is the first of the Leo/Aquarius eclipses that will correspond to the Nodes moving into these signs in May. As Leo often represents the entertainer, I feel like this eclipse is like a pilot episode of a new drama series – a taste of things to come.

Generally speaking, at the Leo Full Moon, issues connected to creativity and self expression come to a head. In Leo, we need attention – we want to be seen and heard. On the one hand, Leo is our inner sovereign who expects to be treated like royalty. Leo however is also our inner child wearing a crown knocked crooked by foot stamping when she/he doesn’t get their way! Somehow we have to find the balance between honouring our inner child/sovereign (Leo) and learning how to play with others as equals (Aquarius).

At a lunar eclipse, the shadow of the Earth falls across the face of the Moon bringing unconscious feelings to the surface, grounding them in reality. At eclipses we can literally see our shadow and the shadow side to Leo is arrogance, pride and prima donna behaviour. The arrogance of Leo can also lead it to take great risks, believing it can do no wrong. The lunar opposition to the Sun in social Aquarius reminds us that showing the best and the worst of ourselves affects the group.

This lunar eclipse however is well supported by trines to both Uranus and Saturn creating a Grand Trine pattern as the basis of this chart. Now whilst trines can have a habit of running away with themselves, the inclusion of Saturn is like a stabiliser to this fiery influence – almost like a protective container for a bright candle. Saturn also encourages us to show a mature approach to matters evoked by the eclipse. If our inner child is suffering, if we feel like we aren’t being seen, Saturn is likely to prompt us to take responsibility for our next actions. The grown up approach is what works.

The eclipse trine to Uranus adds some flair to the drama. It’s the madcap sparkle that gives this eclipse a rather circus-like feel. This Uranus trine says that in order to stand out from the crowd we need to be prepared to show our originality and recognise our unique talents. Eclectic Uranus can also surprise and shock in equal measure to get the audience’s attention but hopefully he will be on his best behaviour given the restraining nature of Saturn.

The challenge with this eclipse is that it is also part of a yod (Finger of God) that points to wounded Chiron. The Moon and Jupiter make up the base of this yod. Emotionally and creatively we’re growing in faith that it’s OK to show who we are. In fact Jupiter says it’s important to develop inner faith (Jupiter is retrograde) and stretch ourselves. But the awkward quincunxes to Chiron says we must get over our stage fright first. Perhaps there’s a fear that others will reject you for shining your light. Maybe you’re afraid to put yourself out there in case you flop. Chiron is ultra sensitive around rejection and ridicule. We must stay conscious of where we tend to ridicule ourselves so much that we hold ourselves back from taking centre stage or miss our cue.

Another more sinister side to this eclipse Finger of God pattern is that those who cannot take the responsible path (Saturn), may skip straight to pointing the finger at others. Chiron is symbolic for those who are scapegoats. “It wasn’t me”, wails Leo, absolutely indignant that anyone could berate Daddy’s little prince. “It was them!“. Cue dramatic snivelling.

The Sabian symbol of this eclipse is :-

Sometimes you have to go out there and show what you’ve got or stand up for what you believe in. The skills and talent you have are yours and yours alone. No one sings or paints like you. No one has your own special way of seeing the world. That’s what makes you unique and extraordinary.

It is frightening to put yourself in the spotlight and no, you don’t know if you’re going to fall – how hard or how far. No one likes to feel exposed or to publicly fail. But this eclipse is like a golden ticket giving you access to the greatest show on Earth – LIFE! Sometimes it’s about showing what you’ve got regardless of all the fear. Shine as you were meant to shine. This isn’t a rehearsal. Giving the best of yourself can be a great gift to the rest of humanity.

Painting ‘The Circus’ by by Max Slevogt