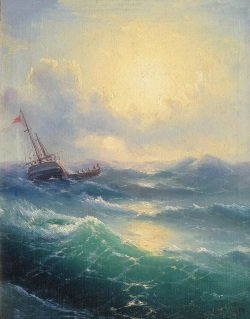 This eclipse is an annular eclipse. Instead of the Moon entirely blocking out the light of the Sun which occurs at a total eclipse, the smaller apparent diameter of the Moon will block out the centre of the Sun, leaving a thin ring of brilliant light – a ring of fire. Annular eclipses always make me think that the cosmos is exclaiming, OH! This particular eclipse will be visible across South America and Western Africa. It is said that the path of the eclipse shows the areas affected in mundane astrology. In our own personal charts, sometimes with eclipses, it can be helpful to look back to those that were in the same ‘family’. This eclipse ‘family’ comes from Saros Series 140 – the last of which was in February 1999. The next will be in 2035.

The eclipse takes place at the New Moon in Pisces, typically a time of new starts, especially when it comes to spirituality, loss, imaginative pursuits and charitable enterprises. Pisces is the sign of unity, where ego dissolves and you become one with the universe. Pisces is the sign that depicts that which connects us all and can represent common experiences that shape our lives – birth, death, marriage – the great tidal waves of emotion that can lift us up or sink us.

This is a beautiful, ethereal, gentle, spiritual sign but it also has its undertow. The symbol of Pisces is two fish connected by a thread. One fish is swimming one way in the shallow waters, another fish swims in the opposite direction in deeper waters. Sometimes Pisces can feel like this, utterly confusing! You don’t know which way to turn. There’s a sense that everything is connected yet what is on the surface is completely different to what is going on underneath. Like water, Pisces reflects our dreams, illusions and delusions, the deepest unconscious yearnings. It’s both real and unreal, buoyant yet sinking.

At this eclipse, there will be six bodies and the South Node in Pisces so it’s like a tidal wave of water rushing towards us. The strongest major aspect is a conjunction to ruler Neptune so all of the nebulous attributes of Pisces are up close and personal. The closest of all aspects to this eclipse however is a sesquiquadrate to giant Jupiter. Sesquiquadrates tend to be overwrought and over-reactive. Jupiter by its nature is excessive. It’s like a damn breaking – an emotional, spiritual or creative outpouring.

The Moon, Sun and Neptune are also conjunct Mercury so there are mind-bending influences here too. It defies logic. It’s like a magic mushroom trip that gives you the answer to all mysteries only to awaken you the following day with a sore head, sick stomach and a mental blank as to the meaning of life! Those of you who didn’t partake in the hippy trips of the 60’s and 90’s, think sudden immersion in Alice in Wonderland!

Despite the overwhelming watery influence, this eclipse is anything but calm. Mars is just about to kick off the Jupiter-Uranus opposition and this feeds into the eclipse energy as Jupiter is co-ruler of Pisces. It’s unsettling, surprising or shocking. The universe has got the cooking pot of life on the boil. Whatever is occurring, it’s almost as if it requires sudden movement, definitive action – but we have to be careful to take conscious action rather than just react. Perhaps for some, there will be sudden awakenings. With Jupiter and Uranus in a t-square that points to Pluto, we’re either looking into the eyes of a monster from the deep or peering into a treasure chest washed up on the beach – mostly likely a little of both.

The Sabian symbol of the eclipse really taps into the Martian influence :-

A Jockey Spurs His Horse, Intent On Outdistancing His Rivals

So here we see the speed of events, the feeling that life is moving at a fast pace. Maybe you want things to move even faster but things can skid out of control with Mars triggering Jupiter, Uranus and Pluto. Sometimes we have to wait for the tide to turn before embarking on a new journey. More haste, less speed as my Grandmother used to say.

Navigation through this eclipse requires elements of trust, surrender and listening closely to intuitive prompts. Little may be as it seems on the surface and it may take some deep diving to really understand the big picture. Whatever emerges from these deep waters, don’t let fear chase you away from your faith. As this is the last of the eclipses in Pisces and also a South Node eclipse, there are inevitable endings but there are new shores to explore too. Between life’s highs and lows are waves of peace, rippling out from the cosmos.