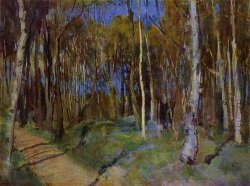 March starts with a bang as we have the second of the Jupiter-Uranus oppositions exact on the 3rd March. In truth, this aspect has already been making a big noise since the Solar Eclipse as Mars has been conjunct Uranus. Mars has a habit of sparking aspects to life and sometimes speeding up the rate at which we start to feel the aspect’s presence. I noted in my latest newsletter that we’ve been hearing stories in the news about supersonic jets in development and new worlds being discovered. Big breakthroughs are possible but so are shocking developments. Still, with benefic Jupiter involved, it’s quite possible that whatever is occurring now is ultimately for our benefit. Higher understanding may filter down through consciousness and you may feel like you have sudden flashes of the big picture. Make a note of these fleeting thoughts as you may find them supportive in rockier times.

Venus stations retrograde on the 4th March starting a period of time where we will be asked to re-evaluate what matters most in our lives. Typically, Venus rules love and money so these subjects tend to come up for review to ensure that we are aligned as closely as possible to our own core values. Taking time to ensure that your investments of time, love and money are paying off is a worthy endeavor. With Venus in Aries – one of the challenges we may have during this period is feeling afraid of pushing ourselves forwards in case others don’t like us, asking us to examine our own self worth.

Mars steps in to support us on the 5th March with a stabilising trine to Saturn. If all else fails, says Mars, keep working, keep pushing on. Don’t leave a job undone! This aspect is perfect for committing yourself to a task or doing work that you have been procrastinating over. The simple act of carrying out your responsibilities acts as a motivator. With both bodies in fire signs, it’s almost like Mars is saying ‘bring it on! Let’s do this thing!’.

By the 10th March, Mars enters Taurus which can indicate a slow down in forward momentum. We might find ourselves suddenly irritated by what seems like a snails pace. Still, once we’re used to it, we’ll find that we have a great deal of patience and determination and it’s easier to pace our energies. Sometimes it’s hard to get started but once you begin, Mars in Taurus keeps going like a long lasting power battery.

We’ll probably need this stubborn Martian energy when we reach the Full Moon in Virgo on the 12th March. Virgo is a hardworking sign which loves to help but a square to Saturn and opposition to Chiron may make us feel a little hard done by at times. Thankfully the Moon is also trine to Pluto so even if we feel like we’re carrying the weight of the world on our shoulders, there’s potent power to draw upon.

Our thinking becomes faster when Mercury enters Aries on the 13th March and we’re likely to speak more directly too. Often this is a blessing after the sometimes mixed messages that Mercury in Pisces can bring but also it’s wise to ensure that words aren’t used as weapons. Aries ruler Mars is trine to the North Node on the 14th March so if you are feeling frustrated, it may help to ask ‘what is this anger teaching me?’.

More fiery energies enter the picture with the Sun’s entry into Aries on the 20th March. This ingress marks the Spring Equinox in the Northern Hemisphere and International Astrology Day! A new astrological year begins and it can be the perfect time to plant new seeds in your own life. Aries is a go-getting sign so one way to step into the zone is to take definitive action towards your personal goals. Let the blossoming of all life around you inspire your creativity. Feel the rush of heady excitement as you turn your face to the Sun.

Spiritual goals in particular are highlighted as Mars, ruler of Aries enters into a sextile with Neptune on the 27th March. I often call Mars-Neptune aspects ‘spiritual warrior’ signatures. These two planets now blending beautifully together gives you an urge to help, a feeling that you want to do something that is meaningful in the world. Mars sextile Neptune can also bring the courage to act on your intuition as well as firing up your imagination. Physical energy may be just a touch lower than usual but this encourages you to ensure you have time for rest and relaxation which are just as important to your well-being.

The New Moon in Aries on the 28th March is conjunct retrograde Venus so intentions seeded at this time must be blessed with self-love first and foremost in order for growth to occur. It’s possible that inner growth may be more important than outer growth at this time, despite the strong push to ‘get started’. With the second of Jupiter’s squares to Pluto on the 30th March, the cosmos is pointing out that in order for our relationships to grow (Jupiter in Libra), we must address power imbalances and de-construct fears (Pluto in Capricorn). Mercury’s entry into earthy Taurus on the 31st March, grounds this knowledge into reality, giving us food for thought.