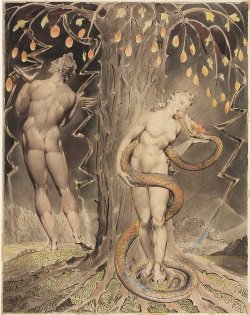 In the aftermath of the shocking news that my close friend died a couple of weeks ago, I was constantly on the phone, breaking the news to other friends far and wide. Some I had lost touch with over the years but social media and the grapevine is a wonderful thing so I found myself talking to some I hadn’t spoken to for eight, ten and even twenty years. Venus retrograde, even in her shadow period has a way of returning people or things that were once valuable to us – sometimes for keeps, sometimes just as a reminder of what we learned from those relationships.

Under Venus retrograde, we enter a period of time where we’re asked to re-evaluate the quality of our relationships. Sometimes, if there have been underlying problems, this transit will bring these to the surface to re-establish balance (Venus rules Libra). Financially too, this can be a time of re-assessment and it’s better to consolidate, save and account for rather than to invest. What glitters like gold as Venus backsteps can lose value once direct motion begins again.

This retrograde chart is complex with Venus already in the sign of her detriment in Aries and the volatile Mars-Uranus conjunction still active and both opposing Jupiter. The tense t-square between Jupiter-Uranus and Pluto is also strongly present, pushing us to look at our fears and now Venus gets in on the act, stationing square to Pluto too. There are deep issues to address.

Something else that leaps out at me is that the Moon is disposited by Venus and sitting on the anaretic 29th degree of Taurus. Whilst fixed star Alcyone has recently left this degree and moved on to 0 Gemini, it seems as though her legacy of being one of the ‘weeping sisters’ still clings to Taurus 29.

This retrograde period may ask you to examine what you fear losing when it comes to love. Venus square Pluto can denote the darker side of our nature – obsession, jealously, power games, control. All these feelings arise when we want to have, to possess, which stems from Venus’s rulership of the first of the Earth signs, Taurus. It may be important to examine how you deal with closure in relationships, endings, breakups. Some don’t want to let others go and there may be a need for us to remain aware of hanging on to people or situations that are not truly worthy of our time, effort or affection.

The anaretic Moon is also semi-square to Venus so emotions are heightened. “I want to keep it!” says the Moon. “Mine, mine, mine!” but Venus in Aries must be brave. She needs to relinquish control, to learn to let go with grace, especially if she’s not being valued. On an inner level, this chart may simply represent the critical need to explore deep fears about loving and being loved in order to have the courage to go after who or what attracts you.

The Sabian symbol of the Venus station degree is :-

A Serpent Coiling Near A Man And A Woman

So here it is, the serpent, the snake, the temptation! Sometimes this symbol comes up to represent three way relationships, the kind where one partner doesn’t know about another. Affairs may figure in this Venus retrograde period, as may situations of jealously and suspicion even if nothing untoward is happening. On a much deeper level, this Sabian symbol talks about how our inner shadow is revealed in relationships. It echoes the Venus-Pluto square. The snake is a rattler, rattling her tail. “Look at me” she hisses, “otherwise I will strike when you least expect it!”. Whilst snake as a creature was demonised for its part in the Eden myths, in older stories snake is wisdom. Snake crawls close to the ground and is in touch with the Earth. Knowing your fears, owning your shadow is a great wisdom that empowers you as a person and a partner.

On the 18th March, Venus and Mercury meet in a conjunction. It may be the time when you need to talk about what’s bothering you or listen to another. Communication is key to working through these thorny issues.

Venus will then meet with the Sun for creative instruction directly from Source on the 25th March on the Sabian symbol :-

The issues of the Venus retrograde are now illuminated clearly for all to see. This Sabian speaks of ascension, a higher understanding. We are raising our vibration which enables us to see the big picture.

Surrender is the next stage when Venus slips back into spiritual Pisces moving from her detriment to her exaltation. “The key”, says Venus in Pisces, “is unconditional love”. But it isn’t easy because Venus will square Saturn on the 8th April. There may be a tendency around this time to mope over losses, feel unworthy, worthless, unappreciated, hard done by. Venus square Saturn points out that love needs to mature in order to last. Treating ourselves with respect is just as important as treating others with respect too. Dealing with these difficult issues can bring us to a place of much greater stability.

Venus stations direct on the 15th April on the Sabian symbol :-

At the end of this retrograde period, we can anticipate that we are emotionally (the Moon) much clearer than we were at the start of this retrograde period. Now we can reap the rewards of this dark journey through sometimes unsavoury feelings by expressing what is real and true. There’s a hint of magic about this Sabian. It’s like we’ve moved from the sorcery of the coiled snake to the sweetness of Earth magic, the unsullied power of love. By dealing with the darkness within, love can only shine more brightly.

Painting – ‘The Temptation And Fall Of Eve’ by William Blake