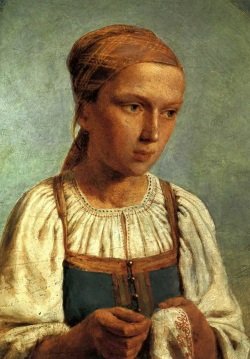 At this lunation, the Full Moon is situated in practical Virgo opposing the Sun in spiritual Pisces. The Virgo Moon is highly aware of the absolute perfection of creation and super sensitive to human frailty. We would do well to remember that humans are humans and Gods are Gods during this Full Moon.

This part of the lunation cycle is about completion. It’s a highlight, a culmination or a crisis. There’s a powerful urge to help but with the Moon overwhelmed by a high Pisces tide, it may feel like ‘whatever I do, it’s drop in the ocean‘ or ‘whatever I do, it isn’t enough’. Don’t put yourself down or feel that you have to do more than your fair share just to be ‘good enough’.

Mercury, ruler of this lunation is conjunct wounded healer Chiron and square restrictive Saturn. You may feel like your hands are tied or whatever you do just isn’t up to standard. Maybe you have a new job where you feel all fingers and thumbs because you don’t know what you’re doing. Perhaps a seemingly easy task suddenly seems difficult. Whatever you are working on (Virgo) isn’t working out as you imagined (Pisces). The more you fixate on the dream, the harder it is to accept the reality.

Mercury conjunct Chiron can also represent words or thoughts that hurt. Virgo is highly sensitive to criticism so harsh words now can go deeper than intended. It’s also easy to take well-meant constructive criticism to heart, twisting it to a damning indictment as it slips through your own net of damaging thoughts. Mercury is also conjunct asteroid Hel, a Goddess familiar with the underworld. If you aren’t on good speaking terms with your inner shadow, you may find its truths painful. The Moon’s opposition to Pallas may mean that it’s difficult to recognise certain patterns of thinking. With Chiron involved, there are chronic problems that need to be addressed.

Mercury square Saturn is the words you want to say but can’t. It’s negative thinking, constant worry, denial, writer’s block, the flat ‘no’ that you were fearing. Mercury square Saturn is a test to think your way out of the box. These are tough aspects yet we can make them work by being willing to be open to suggestions from our intuition as Mercury is in Pisces. The trouble with Mercury in Pisces however, is that there is a tendency to try to avoid commitment, something which Saturn will not stand for. Ideas now need to be defined and given form in order to work. Wishy washy isn’t going to cut it.

The highly efficient Virgo Full Moon is saying that we need to get down to the nitty gritty if we want to achieve our dreams (Sun in Pisces). But with Mercury square Saturn and conjunct Chiron, it’s possible we may need to let go of a treasured idea in order to build something better. It’s like killing off your favourite character from your novel three hundred pages in to discover that some character with a bit part now has a much bigger and better story to tell that can stand the test of time.

A Lion Tamer Displays His Skill And Character

Virgo sometimes wants to shy away into the background but right now it’s important that we step up to the plate. Let others see your work. Practice yoga based on your body, not the body of a master yogi. Don’t let the art of Monet stop you from trying your hand at water colour or the novels of Thomas Hardy curb your desire to write your own tale. This Full Moon it’s about having the confidence to show what you can do. Learn to control those fearful lions that tear at the meat of your courage.

The challenge at this lunation is to create order (Virgo) from chaos (Pisces) however you don’t have to work yourself into the ground to do it. The Moon’s square to pointed Saturn means some may shoulder too much responsibility for fear of not been seen as capable or good enough. Learn to say no.

The Moon’s trine to Pluto is the helping hand we’re looking for. Clear out, cleanse, cut out, cut back, release. When you let go of the idea that everything has to be perfect, transformation happens. A sextile to focused Vesta says concentrate on your task. Make the mundane sacred through mindful attention. Do what you do with love in your heart and to the best of your ability. Improvement comes with practice. Flaws add character.

Painting – ‘A Peasant Girl With Embroidery’ by Alexey Venetsianov