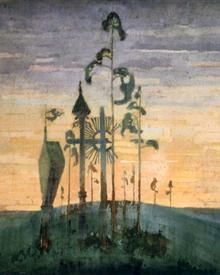 Taurus energy, slow by its nature is almost at tortoise pace as ruler Venus is still retrograde and now Mercury too has turned tail is this rustic sign. What we thought was real, true, whole and simple now needs further consideration. Perhaps ideas that you were trying to manifest have suddenly stuttered to a stop, half-finished, blocked. Some of us may feel on shaky ground. Taurus can be a sticky sign as it’s here where we can get set in our ways. Mercury in Taurus can indicate being stuck in a rut, our thought patterns moving always in the same direction, always coming to the same conclusions. Sometimes we need to think differently in order to get a different result – and Taurus does like tangible results.

At the time of the station retrograde, Mercury’s dispositor Venus was in a conjunction with wounded healer Chiron. We often use the shorthand Rx, to indicate a retrograde period. This shorthand is also used in the medical profession to indicate a prescription as well. Many people stress over retrograde periods but they offer us a time of healing – sometimes showing and then healing pain we didn’t even know was there.

The Sabian symbol of Mercury’s station retrograde was :-

A Widow At An Open Grave

This stark symbol says something has been left undone. Closure is needed. There is nothing more raw, more final than gathering earth in your hands and throwing it into a grave. Open wounds are visible at the beginning of this retrograde period. Perhaps what was dead and gone is unearthed once again because something was left unfinished, the ritual incomplete, the letting go not faced. This Mercury retrograde period may help us put old ghosts to rest, bringing a sense of peace.

Mercury was also conjunct asteroid Bacchus. In mythology, Bacchus was known for his wild parties. In astrology, he can stand for drink and drugs, legal and illegal highs – those things that we use to escape the world instead of dealing with it. But Bacchus has a deeper meaning: the use of psychoactive substances was to open the user’s vision to other dimensions. Plants like ayahuasca allow us to access non-ordinary realities for example. Bacchus can show us where we are capable of seeing other realms through ecstatic prayer and sacred ceremony.

As Mercury stationed retrograde on Bacchus, a news story broke about the massive increase in the use of a particularly nasty street drug called ‘Spice’ which ‘turns people’s into zombies’, fitting this combined Sabian and asteroid perfectly.

So something is unfinished, closure is needed and we may have a tendency to want to ‘check out’ rather than do the work. But healing is needed so we cannot go forwards until we have revisited what has been left to decay.

On April 18 Mercury repeats a trine to the North Node. This is the second in a series of three. The North Node represents the path of our soul’s evolution. It’s time to quietly watch and wait, listen for signs. Our thoughts create our future reality.

Mercury returns to source to receive instruction for the next cycle as he conjoins the Sun on April 20. The Sabian symbol of this encounter is :-

After the heaviness of the grave and the confusion of Bacchus, our minds begin to clear. There’s a feeling of freshness, renewal. Just as a mountain is unmoving, maybe we too need to invite a moment of absolute stillness to assimilate the message. Mercury then re-enters Aries on the same day, re-animating our mental processes and perhaps giving us new ideas to work with later down the line.

By April 24, we are feeling stronger and wiser as Mercury trines Saturn. We are encouraged to sketch out the framework, make plans, talk to those who have walked the path before us. We’ll need this stabilising aspect because on April 25, Mercury meets Uranus for a thrilling awakening. There’s a buzz of excitement, surprises and possibly shocks but Saturn helps us to ground this energy, turning light bulb moments into workable potential. New perspectives are emerging.

The station direct occurs on May 3 on the Sabian symbol :-

Now we can listen to both heart and mind and find a place where they meet. Logic and intuition begin to work as a harmonious whole. Broken lines of communication are restored.