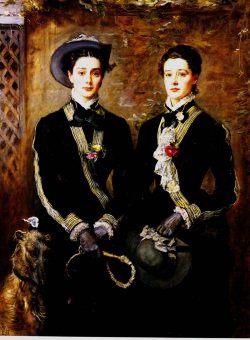 The pace is set early in the month as Mercury stations direct in Aries on May 3. Yes, Jupiter, Saturn and Pluto are still retrograde but at least now that the personal planets are direct, there’s more of a free flow of energy going on and we can start to move forward with plans, goals and wishes.

The major movement of the month occurs on May 9 as the North Node enters Leo and the South Node enters Aquarius signalling a switch of focus for our spiritual evolution. Since November 2015, we have had to implement improvements in our lives, paying attention to small details to create a healthier environment. Practising what we preach has been a key component of this transit. At the same time, we’ve had to learn humility whilst releasing old addictions and other self defeating behaviour. The universe said, we could not only pray for peace, we had to do something practical to work towards it.

With the North Node moving into Leo, we are now guided towards expressing our creativity and unique talents. Leo, is the colourful child of the zodiac as well as the artist, the actor, the king. During this transit, we will each need to learn to honour our inner sovereign and love our inner child. As the South Node passes through Aquarius, we release the need to conform to the group mind in order to ‘fit in’ with society. We can no longer be detached, we must feel the burn of desire – the powerful will to express who we are straight from the heart. Rather than play the part, we have the BE the part and be ourselves. Confidence and the courage to take calculated risks will also be part of this picture.

The Full Moon in Scorpio on May 10 is strongly supported by helpful aspects to Pluto, Neptune and Chiron. Feelings are intense but there’s a willingness to enter the deep emotional territory so familiar to Scorpio. Intuition is heightened so we can trust our psychic radar. The only challenge is that Mars (co-ruler of Scorpio) is about to perfect a square to Neptune (exact May 11) which can dissipate willpower. If we distrust our gut instincts, it could leave us floundering.

Mars follows up on May 12 with a trine to Jupiter which could potentially exaggerate the problem of Neptune, encouraging some to try to take the easy way out. Still, those who are following the call of their inner spiritual warrior may find a growing urge to take positive action towards growth, fuelled by a drive to build a better, more compassionate world.

Mercury enters Taurus on May 16. He was last here in early April but then turned retrograde and retreated back to Aries. Ideas that we were trying to manifest needed to be reviewed and perhaps new inspiration came from the backtrack into Aries. This time we come to Taurus with a clearer idea of what needs to be done although patience is advisable as our mental processing ability slows down to match the pace of leisurely Taurus. A more relaxed approach to life helps the mind to absorb information as well as to articulate our thoughts with simplicity.

Jupiter forms an edgy quincunx to Neptune on May 17. This awkward aspect introduces the potential for poor judgement. Both are visionary planets but we could get carried away on a tide of false hope and then feel utterly deflated once the bubble pops. Better to ground ourselves in reality and fall back on the stabilising trine between Saturn and Uranus which occurs on May 19. This is the second in a series of three with the last occurring in November 2017. Saturn has great respect for old methods and the conventional path whereas Uranus is innovative and forward thinking. With the two working harmoniously together, this is like a structural upgrade. Think a sleek installation of a new software platform that has the potential to give you greater independence and stronger integrity. Saturn and Uranus may seem like strange bedfellows but both rule the sign Aquarius. Even the wackiest experiment needs an orderly approach for it to work. Take the visionary abilities of Jupiter and Neptune and the science of Saturn and Uranus and that’s where great discoveries can happen.

May 20 sees the Sun enter Gemini so the atmosphere shifts to one which is friendly and communicative. Symbolised by the heavenly twins, Gemini need to make a connection. We are likely to feel more sociable and the flow of news, information, emails and social media may quicken to a torrent. Make time to chat, to meet with friends, reply to your messages. It’s good to talk.

May 23 sees the beginning of a t-square pattern between Mars, Saturn and Chiron that will be in effect until June 7. Our inner soldier may feel wounded during this time, unable to fight, too pained to defend himself. There’s a vulnerability to this pattern that feels highly uncomfortable but still, the point is we need to sit with these feelings. Saturn square Chiron can be inclined to shut off and shut down when we feel hurt but Chiron at the apex of this t-square shows we must deal with the pain.

The New Moon in Gemini on May 25 is lacking in major aspects but a sesquiquadrate to Pluto could send us on obsessive tangents. The need to know could be confused with the need to control. It’s important that we keep an open dialogue and exchange ideas.

Mars opposite Saturn on May 29 tightens the t-square and could make us feel like we’ve run up against a brick wall. Sometimes we have to stay still, even when we are chomping at the bit to get gone. Problems with authority, the system, the boss or simply our own internal stern parent could counter our attempts to move forwards. It’s best to be patient and wait it out.

As the opposition to Saturn fades, Mars moves on to sextile Uranus on May 31, replacing frustration with a zing of excitement. Even though the t-square is still in effect, we start to see that we can break the pattern or the deadlock. Independent action now is met with a positive reception. Daring to be different is the key.