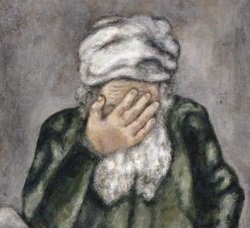 I have writing deadlines and a ton of other stuff to do but I have to address the bombing in Manchester that occurred last night. Many of you know that I live here and as I type I can hear the drone of police helicopters. I don’t live very near the Arena but last night, when I was relaxing in my lounge, I heard a lot of sirens. I was offline by then, watching a film so I didn’t hear the news until this morning. Opening Facebook, I saw I had loads of messages and requests to see if I was safe. Thank you to all those who contacted me.

Yesterday was an odd day. I noticed the birds were particularity uneasy and prone to fighting. I’ve seen this before other terrorist attacks – oddly enough the one that stands out is the Paris attack which of course was very similar to this one. There were boys going up and down my road on a loud bike – something that doesn’t usually occur here. The atmosphere felt aggressive. Then I managed to set light to my oven mitt whilst cooking my dinner. I laughed about on Facebook mentioning my current Mars square Pluto and Uranus transit.

This isn’t going to be a pristine article. I am writing quickly, in note form to get my ideas out so that I can get on with other work later. But lots of you have been asking me what’s going on with astrology so this is to answer that call.

All my friends are safe thanks goodness but it hits home. I worked for 7 years in the ticketing industry, dealing with ticket enquiries for the Arena and other places. I’ve been to gigs at the Arena. It’s familiar. It’s my territory. It’s my home.

In my list of events for the Astrology of 2017, I noted that there is a t-square starting to build from today. Mars is triggering the square between Saturn and Chiron. Impatient Mars transits typically strike early. Saturn square Chiron is painful.

What is immediately evident in the chart is Mars on the Descendant. Mars represents attacks, anger, initiation. The Descendant and 7th house can represent open enemies. Mars is conjunct asteroid Chaos – no further elaboration needed. Mars opposes Saturn (restriction, obstruction, responsibility) in the first house. Mars opposite Saturn brings everything to a standstill (note election campaigns have been halted as a result of this attack). Mars squares Chiron (pain, hurt) in the 4th house. Our armour is dented. The Saturn-Chiron square is all about the chronic problems in society that must be addressed. Mars is also widely square to Neptune (music, loss). Mars square Neptune generally can be an aspect which describes a spiritual warrior and/or defeat.

Look at Black Moon Lilith on the Ascendant from the 12th house (hidden enemies). Whilst she has many positive associations (my Sun is conjunct BML natally!), in an event chart she can represent a scream, a scream of defiance – a scream of anger opposing Mars. She can be the ‘crazy’ element. I’ve seen her come up before in charts of those who experienced personal attack.

*EDIT* Just after posting this I saw another news article that mentioned the name of the Ariana Grande tour is ‘Dangerous Woman’!

The Sabian symbol for the Ascendant is :-

Children Playing On The Beach, Their Heads Protected By Sunbonnets

My eyes just filled with tears. The show was attended by many youngsters, popular with the young performer Ariana Grande. Children were killed and maimed in the blast.

Jupiter rules the chart and whilst not conjunct the MC, is still the highest planet in the sky. Jupiter rules religion and judgement. It also of course rules joy and this was meant to be a happy occasion, especially with Venus opposite Jupiter. It was a big night out for a lot of kids.

Mars is on the Sabian symbol :-

Dancing Couples In A Harvest Festival

Again – attack at a music event where people are dancing.

A Pugilist Enters The Ring

The Sun is in the 6th house illuminating the house of health. 22 people died. 59 are injured. The Sun is very widely conjunct Ceres – not an orb I normally use for this minor planet but I think in this case is relevant. Ceres represents Mothers but also loss – and many Mother’s lost children in this bombing.

These are my thoughts for those of you who have been asking about the astrology. There is always more of course but I wanted to note the most prominent features of the chart.

This is also for me, to try to make sense of the senseless.

Wishing peace to my city and prayers to all those affected.

‘We Stand Together’ fundraising appeal for victims of the attack (official)

NOTE – Since writing, evidence from a car dashboard camera shows the bomb may have gone off at 10.30 BST. Thank you to astrologer Anna-Cristal de Lyon on Facebook 🙂 This would only change the MC Sabian to Chanticleer’s Voice Heralds Sunrise which can be a symbol referring to ‘crowing’ – form of righteous behaviour. Things are coming to light. Hopefully too, it heralds the beginning of a brand new and better era.

Painting – Detail from ‘Abraham Weeping For Sarah’ by Marc Chagall