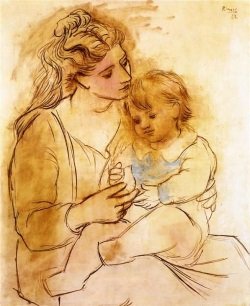 At the beginning of the month, Mars is still in a challenging t-square pattern having just opposed Saturn and coming up to square Chiron. The Saturn square to Chiron has been asking us to take responsibility for our healing and also at a collective level to find realistic solutions to chronic problems in the system. On June 1, Mars creates a sextile to the North Node, activating the cosmic gateway for karmic evolution just as he moves in to perfect the square to Chiron on June 2. Perhaps part of the healing process is to let down our guard, to drop our defences so that we can hear one another. At the same time, the warrior’s square to the Wounded Healer may let us know where our defences are lacking. Dented armour needs to be fixed to ensure we are protected. This challenging t-square will be in play until June 7.

Mars enters maternal Cancer on June 4, the sign of his fall. Our cosmic soldier isn’t so keen on staying at home, hiding behind Mother’s skirts. Cancer is a water sign. It’s emotional and has a very long memory. When fighter Mars moves into this sign, old anger can set emotional waters boiling. We are more sensitive with feelings on a hair trigger. Issues connected to home, family and territory become activated and we’re fiercely protective. We may be fighting for our country’s rights, sprucing up our homes or arguing with Mum. Whatever happens, there’s a confrontation (Mars) with our feelings (Cancer).

The atmosphere may be easier around June 6 as both Mercury and Venus move into their home signs of Gemini and Taurus respectively. Now there’s an urge to communicate along with a desire to savour simple pleasures. A quiet night in with good food and good conversation works perfectly for these ingresses. Given the fact that love becomes a verb for Venus in Taurus, wordy declarations don’t do it for us at this time. It’s all about show rather than tell but at least we have got the lines of communication open between us.

June 6 is a busy day astrologically as Uranus also perfects a trine to the North Node which adds a layer of sparkle to this already interesting day. We may experience flashes of insight connected to our soul path or a sense of awakening. There’s excitement building in the background that the changes long sought after are happening now. Sometimes it’s only when you stop and observe your life that you realise just how much has changed.

June 9 sees the Full Moon in Sagittarius followed by Jupiter stationing direct within the hour. After a period of inner growth and being held in check, there’s an urge to push forwards. The Full Moon however is conjunct Saturn and square to Neptune so it could feel like we’re receiving mixed messages. It may be necessary to curb our idealism before moving ahead. This doesn’t have to stifle our enthusiasm or sense of adventure. Sometimes there is wisdom in putting all of your eggs into one basket, despite what the old saying says. The problem with Sagittarius is that wanting to do everything can lead to being split in too many different directions. Saturn’s conjunction to the Full Moon suggests we narrow our range of vision to ensure what was started is completed.

Neptune stations retrograde on June 16. This subtle motion tends to reveal where we have been deluding ourselves. Clouds of confusion fall away and we become more receptive to our intuition. Those who are very sensitive to the psychic atmosphere may need to ground themselves as the stations of Neptune can sometimes feel like a psychic high tide.

Neptune’s station marks the beginning of a watery, emotional period as both Mercury and the Sun move into Cancer on June 21 followed by the New Moon in Cancer on June 24. The Sun’s entry into Cancer signifies the turning of the season: the summer solstice and beginning of astronomical summer in the Northern hemisphere. With the Sun now spotlighting this homely sign, the next 30 days are a time to turn our attention inwards towards our private world. What’s going on at home becomes more important than what is happening out there in our professional lives and in the public arena. The sign Cancer also brings up issues connected to belonging and whether it is familial links or friends who are family, we are drawn to nurture our closest relationships to foster feelings of support.

The New Moon in Cancer on June 24 keeps us talking with a conjunction to Mercury. An out of sign square to Chiron indicates we may have some issues around feeling left out. This aspect could manifest as feeling like the black sheep of the family, the outcast, always the one to hear news last. Whether this is truly the case or whether it’s just a sensitive point may be up for discussion. Either way, this is a time of rebirth through examining our history and roots.

The end of the month sees some tension building with Mars moving in to create a volatile t-square pattern with Jupiter (square exact on June 25) and Pluto (opposition July 2). Mars square Jupiter alone can blow things out of proportion. The over-confidence of this aspect is its downfall as we can over-promise and end up being overwhelmed! With Mars edging towards the opposition to Pluto, this can create a forceful, even violent picture. Judgemental attitudes are riding high. This is religious fervour, intractable belief. I’m right and you are so very wrong! We may see some of these themes playing out in the headlines, especially around June 24 and June 28 when the t-square is triggered by the Moon and Mercury respectively. All of us would be wise to monitor our responses and resist the urge to leap to conclusions. Positively, great gains are possible with self-belief and self control.

The saving grace astrologically is that Mars also makes a trine to forgiving Neptune on June 26 so we have an escape route, a get out clause if you will! This spiritual warrior aspect encourages us to work with what unites us rather than divides us. Acting (Mars) on our intuition (Neptune) rather than our fears (Pluto) will be paramount as to how these patterns play out.

Note, this article was written and posted to my Patron page on May 15, before the Manchester bombing.