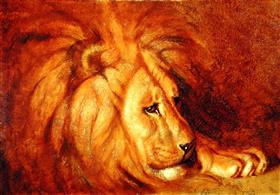 Chiron stations retrograde in Pisces on July 1 increasing feelings of collective sensitivity and suffering. Chiron’s retrograde motion lays bare those things that hurt us most. Any increase in pain is a call to turn within and look to inner wounds that have been left to fester. Whilst this can be a challenging transit, it is also the time when we can unlock natural skills that facilitate our healing. Our inner shaman awaits our presence.

Unconscious motivations are the issue to be questioned on July 2 as Mars moves into a heavy duty opposition to Pluto. This brings to a peak the powerful t-square with Mars, Jupiter and Pluto which began last month. Righteous anger and judgmental attitudes are possible manifestations.

Mars opposite Pluto can be a volatile, explosive, aggressive, even violent aspect with some wanting to prove their power and ability to control. Some of us may feel like we are face to face with a formidable enemy or obstacle – an immovable force. Yet Mars just doesn’t want to give up – he pushes and pushes and pushes until Pluto explodes. We need to know when to stop fanning the flames, when to stop pushing. Anger and frustration now can burn deep with resentment so it’s important for us to be aware of triggers that expose older material awaiting processing or expulsion.

Positively speaking, Mars and Pluto are a potent force. When you are clear about your goals, this can release enormous energy to dedicate to your ultimate aims. Great (Jupiter) transformation (Pluto) is possible when you bravely (Mars) follow your passions.

By July 5, the atmosphere begins to feel a little lighter with Venus entering chatty Gemini. This highly sociable aspect is also blessed with Mercury’s entry into fun-loving Leo on July 6 which makes it the perfect time for parties and get-togethers.

It may be easier to take life a little less seriously with these transits in play and with the Sun’s transits to both Jupiter and Neptune around this time too, the air is positively playful. With Venus in changeable Gemini, connections made around this time may not necessarily be deep but with Mercury in Leo, conversations comes from the heart.

It’s best we get playtime in before the Full Moon in Capricorn on July 9 as this serious lunation reignites the Mars-Pluto opposition with the Moon tightly conjunct intense Pluto. Capricorn is ambitious and Pluto likes power so this is a heady mixture with aggressive Mars opposing the Moon too. Still, with commitment we can hijack this formidable energy and turn it to our favour by playing to our strengths. By focusing on what is in our control, we can apply pressure to create change or simply erase what isn’t needed to start again.

On July 18, Mars trines Chiron and squares Uranus. The trine to Chiron energises our inner healer but the square to Uranus is restless. Impulsiveness can be a problem. We may be too quick to find fault and even faster to apply a solution. Quick fixes appeal but aren’t going to work in the long term. If there are problems, externally or internally, take your time to figure out what’s best to do next. Not everything has to be resolved at once.

Much of the later part of the month is a Leo song as Mars enters the sign of the lion on July 20 followed by the Sun’s ingress and a Leo New Moon. Wow, we have plenty of colourful energy to work with here! Mars in Leo is feisty and not adverse to a little risk taking. Gambles can pay off during this time but it’s preferable that they are well calculated. As Mars is ruler of fellow fire sign Aries, he’s comfortable here. For everyone, there’s an added burst of confidence and we become braver at expressing ourselves creatively and romantically. Generally this is a loud, brash, happy transit but angry roars are generated if we feel ignored or our pride is hurt.

When the Sun enters home sign Leo on July 22, our inner child is activated. Inspiration runs high as does the need to be seen. Book an artist’s date with yourself. Honour your inner sovereign. Let yourself shine.

The New Moon in Leo on July 23 falls at the very edge of the lion’s domain which means we’ll have another Leo New Moon next month too. This lunation is heated by the conjunction to Mars. As the red planet is still square to Uranus and trine to Chiron, all that story about quick fixes and impulsive moves re-enters the spotlight. There’s no need for action hero or superman stunts. New starts are fueled with extra strength but just like a plant, ideas can run to seed if we don’t maintain a little decorum and control.

The new synodic cycle between the Sun and Mars begins on July 27 as the two finally meet in Leo. The Sabian symbol of this conjunction is ‘Rock Formations Tower Over A Deep Canyon‘. Now perhaps we have the guts to take a leap into the dark, especially if we feel like our backs are against the wall. Whatever happens next, we must be brave enough to enter the void.

After all this Martian/Leo noise, July ends quietly as Venus moves into Cancer on July 31. Finally the lion settles down to sleep, purring in his soft bed. Venus in Cancer is a cuddly transit which smothers us with kisses and cooks us cake to make us feel better. But if Venus feels unsafe or threatened, watch those claws. Neediness can become an issue if self esteem is undernourished. Nurture yourself and show those you love that you care.