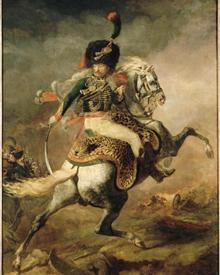 Whilst my inner warrior Mars has been on a spiritual retreat transiting my 12th house, I have been attacked by a cold virus that has left me with the cough from hell! I was going to make another video as I enjoy doing them but I am having to rest my voice and wait for my eyes to stop streaming! Hopefully I shall be back to normal again by the next lunation as Mars will have moved into my 1st house by then, giving me an energetic boost 🙂

Mars is anything but on retreat in this chart! The lights are tightly conjunct the red planet giving the impression that this lunation is white hot and superheated.

Leo is ruled by the Sun. It’s a colourful, playful, creative sign that corresponds to the 5th house in the natural chart. In this house, we need to be seen, crowned King or Queen. Here is where we want attention, to be praised, recognised and honoured. Our 5th house is also connected to pastimes and playtime, theatre, celebrities, sport-stars and romance. Leo touches the inner child in each of us that needs to feel special.

At the New Moon in Leo, we are making a new start when it comes to creative self expression. It’s the time to show off our unique talents. Lighten up, says Leo, follow your heart! Do what makes you happy and what makes you smile!

It takes nerve to put ourselves out there so Leo gives us the confidence to shine. Under the influence of this sign we become more willing to take risk. Sometimes gambles pay off and sometimes they don’t but this daredevil energy can spice up our lives considerably.

The challenge with this lunation is that Mars ramps up all of this confident energy, supercharging it to melting point. With the Sun, Moon and Mars all square to rebellious Uranus, there’s a restless, unpredictable edge. Risks taken now may be uncalculated and uncoordinated. We could become demanding rather than commanding. Some may feel driven to act (Mars), leaping from the proverbial frying pan to the fire. Over-confidence and aggressiveness are the dark face of this powerful precursor to the Leo eclipse next month. The New Moon and Mars are trine to wounded healer Chiron so part of the issue may be that we are tempted to apply quick fixes in order to get on with the show. However if we don’t take our time now to confront the root of the problem, it could weaken the final performance.

Pride is another big issue with Leo. Mars of course is the quintessential soldier – brave, armoured and ready for action. Any weakness (Chiron) isn’t well tolerated. The New Moon is also conjunct asteroid Thereus – the fierce centaur bear hunter who definitely can’t afford to look weak! For some, showing any level of perceived vulnerability may feel intolerable. Fixed sign Leo can be inflexible too and with Mars and Uranus in the mix, some may push ahead just to make a point. This could turn out to be their Achilles heal. Pride before a fall is a well used but apt phrase!

Venus and Saturn are in an opposition in this chart and challenging aspects between these two often manifest as a feeling of not being good enough. Those who don’t feel like they are truly worthy of healthy admiration might use this heady energies to overcompensate – becoming loud, crass or melodramatic in an attempt to disguise a shaky self-image. A New Moon sesquiquadrate to slippery Neptune could add a dash of magic or it could make some believe their own hype.

This lunation is also conjunct Sisyphus, who was cursed with rolling a rock up a mountainside over and over again. ‘here we go again’ might be the refrain most heard around this time! Maybe we have to revisit old patterns of behaviour in order to better understand them. Sometimes we just have to keep ticking off those ‘big rocks’ – the most important things to do in a day and accept that it’s not always glamorous. Leo tends to want life to be full of drama but of course, life isn’t always so obliging. This is where Leo sometimes slips into attention seeking behaviour or makes mountains out of molehills, just for things to be a little more exciting!

It’s all here isn’t it – warrior Mars, bear hunter Thereus and now this Sabian with its passionate, feisty, virile energy. We’ve got a fabulous fire trine with Mercury, Saturn and Uranus imbuing minds with progressive ideas for long term projects. This Moon is gunning for us to go after what we want. It’s fantastic for bolstering confidence, for feeling alive and vital and just cocky enough to take a chance. We are all superstars. We just need to make sure we wait for the right cue from the universe before taking centre stage. Premature action could leave us feeling like we missed our moment. Don’t let impatience ruin a great show.

Painting – ‘Officer of the Chasseurs charging on horseback’ by Theodore Gericault