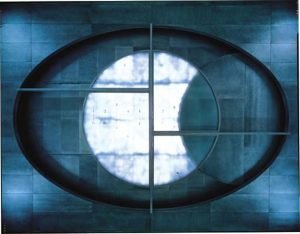 Uranus turns tail and runs away in the opposite direction on August 3. I don’t blame him really at first glance because there’s a whole lot of cosmic action going on this month! The station retrograde of Uranus can bring an unpredictable edge to an already unpredictable mix as we’re now entering into eclipse season. We are also in the shadow of the upcoming Mercury retrograde.

Uranus retrograde prompts us to question why. At worst, he exacerbates rebellious tendencies, at best he’s a wild scientist making a world shattering discovery. Uranus helps us to see things differently and in retrograde motion he presses us to question whether things should stay as they are or change.

Jupiter’s final square to Pluto on August 4 amplifies (Jupiter) intensity (Pluto). It seems fitting that we have just seen the images from the Juno probe that show the great, thunderous, ancient storm on Jupiter. Extreme judgmentalism and power trips could make some see red and set a significant tempestuous tone. For others, sweeping change could have potent potential.

Mars is still sticking his spear where it isn’t wanted as we enter eclipse season with a Lunar Eclipse on August 7 opposing the red planet – yes, more red. Mars has been doing the square dance since May – first in a t-square with Saturn and Chiron and then with Jupiter and Pluto in June. Mars has also has been bound up with the last two lunations. Big fires have unfortunately been a feature during these transits (and since publishing this post on July 15, there have been more fires in both France and Spain). Feelings are heated even though this eclipse takes place in the normally detached sign of Aquarius. However, the eclipse is trine to Jupiter so there is potential for positive developments if we can keep our cool.

Mercury stations retrograde on August 13. The majority of this retrograde will be in Virgo however Mercury will slip back into Leo for the final few days. The Virgo influence initially suggests we are being asked to review health and routines in order to make improvements. We may be super-sensitive to criticism during this period and have a tendency to worry more over details. It’s about identifying small changes that can have incremental effect rather than trying to pull apart everything and start again. Don’t get caught up in analysis paralysis.

Mars is in a better mood by August 20 when he creates a sextile to Jupiter. Motivation increases and there’s a ‘can do’ attitude that helps us to get things done. This aspect is then contained within the chart of the highly animated and much anticipated Solar Eclipse that takes place on August 21 in the regal sign of Leo (28LE52º). Dubbed the Great American Eclipse as this one is visible across the States and not to mention the fact this it falls right on the president’s Ascendant (!), it’s expected that this lunation may have a significant impact in the history of America. Solar Eclipses have a tendency to reveal what was previously hidden. With the closest aspect to the eclipse being a trine to Uranus, there are perhaps revolutionary elements at play.

It will be important to pay attention to what occurs around September 2 as this will be the date Mars reaches the eclipse point, triggering it into action. Mercury too will also station on this degree just a couple of days later so it’s a hot-spot of activity. If you have anything between 27 – 29 of the fire signs in your chart, then it’s likely you’ll feel this eclipse. Note the planet/point and house to get some ideas about how it may manifest for you.

The eclipse creates a fleeting grand trine with Saturn and Uranus. Mars continues this pattern by moving in to trine Saturn on August 22. Mars is activating authority as well as pushing for stability. It’s consistent effort that gets hard work done with these two working well together. Work remains the operative word as the Sun moves into service oriented Virgo also on August 22. We’re already sensitised to this Virgo energy with Mercury’s retrograde passage here. Now the Sun illuminates dirty spots that need cleaning along with unhelpful practices that stop us from doing our best.

Saturn stations direct on August 25. After a period of reviewing commitments and finishing up old projects, we can now start to move forward with long term plans and taking on new responsibilities. Venus entering Leo on August 26 reminds us that it can’t be all work and no play. We need a little entertainment in our lives.

Jupiter’s sextile to Saturn on August 27 is a one hit wonder producing a cooperative connection. Jupiter is the planet of expansion and Saturn the plant of structure and integrity. With the two of them in an easy conversation with each other, we can anticipate that developments now have long term potential as we steer towards steady progress ahead. Considering all the heated, volatile action we have had along with the unpredictable elements of eclipses, this sextile gives us some stability after a rocky period. With Mercury retrograde re-entering Leo on August 31 though, it’s likely we’ll have some colourful tales to tell by the month’s end.