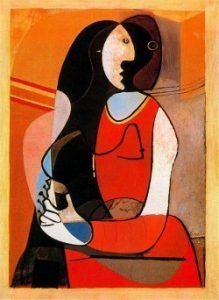 This is it! The most anticipated eclipse season for a very long time begins with this partial lunar eclipse. It will be visible from Eastern Europe, Africa, Asia and Australia.

A lunar eclipse always occurs at Full Moon, when the Moon and Sun lie opposite one another. Much like any other Full Moon, the lunar eclipse period is a time of culmination, decisions, crises. The Full Moon tends to bring things to a head.

At the lunar eclipse, the Earth lies in between the lights, casting her shadow across the face of the Moon. This brings up interesting symbolism. The Moon represents our emotions, instincts, the unconscious and habitual behaviour. The Earth however is real and solid, the body we stand upon. When the shadow of the Earth falls on the Moon, what we feel becomes real and tangible. We can inhabit our emotions and deal with them on a practical level. The passage of the Earth’s shadow across the Moon also appears as if we see all the phases of the Moon in one go. It’s fast processing, rapid conclusions. A lunar eclipse can be like an emotional reset.

This eclipse occurs in the sign of Aquarius, linked to but not conjunct the South Node. As the Node is at 24 degrees Aquarius and the Moon is at 15 degrees, it’s too wide to be a conjunction astrologically speaking, but it’s near enough astronomically to cause a partial eclipse. An eclipse occurs when a New or Full Moon occurs within 18 degrees of the Node. As this is a South Node eclipse, then this brings up themes of letting go and release.

With the eclipse occurring in Aquarius, this then falls in the 11th house of the mundane chart. In mundane astrology, this part of the chart corresponds to parliament, town and country councils and friends of the nation. On an individual level we’re looking at how we connect – friends, the wider group, our place in society, people working together. The 11th house in the natal chart can also be connected to long term goals and priorities.

The qualities of the sign Aquarius are associated with all that is progressive, new, different, original and innovative. Negatively, Aquarius can be contrary for the sake of it, rebellious and curiously entrenched in ideas (it’s a fixed sign!). This sign is blessed with objectivity but on the flip side can become so detached that it’s unconnected, isolated or on the fringes. Aquarius can be the lovable odd ball or just plain odd! The eclipse highlights issues with groups, societies and the concept of progress.

A trine from the eclipse to Jupiter suggests that we have an opportunity to expand and develop our relationships with others. ‘We’re better together than apart’ says this aspect. The trouble is, the eclipse is also opposite to Mars.

Now feisty Mars has been very active recently, kicking off major aspects like Saturn square Chiron and also Jupiter square Pluto as well as getting embroiled in lunation charts. The atmosphere has been heated and there have been strong themes of fires and heat-waves. Once again Mars is raising the temperature. We work better together but we are also facing conflicts.

Although the eclipse is trine Jupiter, Jupiter himself has just completed the last square to Pluto. Aside from the Moon’s opposition to the Sun, this is the tightest ptolemic aspect in the chart so creates part of the background picture. Big (Jupiter) transformation (Pluto) is happening but also we have large power games at play!

Meanwhile Mars in Leo conjunct the Sun gives a burning desire for attention. It’s like pushing your way to the front to ensure everyone can see you. Positively, Mars conjunct the Sun means we’re willing to take a risk, negatively it’s bolshy and potentially reckless. If we factor in Aquarius’s rebelliousness coupled with Mars’s impatience and tendency to ‘act out in Leo, the eclipse could manifest rather like a teenage temper tantrum!

The Aquarius/Leo dynamic suggests that it’s the group (Aquarius) versus the individual (Leo). Jupiter would really like everyone to get along and to compromise to bring out a win-win for all – but again, in the background, Jupiter can be compelled by the promise of more power. The trine from the eclipsed Moon to Jupiter could just as easily work as a slippery enabler.

Because of the Aquarius tendency to distance itself, some may be pushed to anger over others being too unemotional. Aquarius can become robotic when pushed to breaking point and there’s nothing so hard as trying to get through to someone who has ‘switched off’! Care is needed that we don’t dehumanise. Feeling different from the group or needing space to evolve could spark angry scenes – or a brave break for freedom.

So we have a complex picture building already but there’s still another layer of intrigue informing this eclipse. The Moon is semi-sextile to Neptune, a teeny, tiny aspect that hardly seems worth mentioning in the grand scheme of things. Neptune whispers that there are higher ideals in play and that we need to listen to the whisper of intuition. It’s a reminder that we’re all connected and all that we perceive is a reflection of the collective unconscious. What makes this aspect count is that eclipse ruler Uranus is just about to make a semi-square to Neptune (11th August), the first in a series of five that will take us to 2019.

Uranus and Neptune last met in a conjunction in Capricorn in 1993. We began to create the structure (Capricorn) to build innovative (Uranus) ideals (Neptune). The internet was in its infancy having begun two years previously but the dream of connecting us all (Neptune) through technology (Uranus) was coming alive. We had lofty ideas for the future and plenty of vision, genius and imagination. The semi-square forming now is the first aspect between them since that conjunction. Uranus and Neptune also talk of spiritual (Neptune) advancement and awakening (Uranus). This semi-square is like a check point to see whether our technological progress is matched by our spiritual progress. This eclipse may highlight the place that technology has in our own lives and how it helps or hinders or both.

What’s even more fascinating is that just as Uranus and Neptune have begun to draw close to each other, the media has exploded with a story about the Facebook AI’s. These Artificial Intelligences were set up to solve a problem but when they started to develop their own language, unintelligible to humans, the experiment was quickly switched off.

The two AI’s were having a conversation about a trade…

A Big Businessman At His Desk

Perhaps then we are looking at the trade offs that we make in our own lives – where we compromise too far for the sake of fitting in or where we become set apart from the group in order to pursue our own unique path. The Big Businessman degree says we need to get organised. We need to have a birds eye view of everything that is going on. We need to be able to step back, remove sentimentality and take a long hard look at the system (both personal and collective). It’s easy to forget that patriarchal Saturn is the co-ruler of Aquarius but this degree is a strong reminder. Much as a robot is programmed by the human hand, so the system is ‘programmed’ by those at the top. Perhaps we have to check in with where we may be functioning on automatic pilot, switching off emotionally in order to survive.

This eclipse highlights the conflicts we have over the ideas of progress. What is progress for one is regression for another. Artificial Intelligence, human intelligence and emotional intelligence are all up for discussion. Divisions in groups may be even more apparent. With both rulers of Aquarius being retrograde, we may even have to go backwards in order to go forwards.

ADDITIONAL NOTES
Lunar Eclipse and the UK
When I cast the chart for the eclipse, I was still using Equal house as I normally do and as I am in the UK, the chart was set here. I did note that the UK eclipse chart has Pluto on the Ascendant and Ceres widely on the Descendant. It’s possible then, that this eclipse may stir some issues here, directly related to Plutonic themes such as wealth, power plays, crime, violence and loss (Ceres).