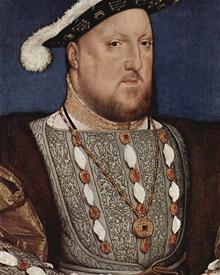 This is a total eclipse which will be visible across North America and is one of the most talked about eclipses in recent years given the aspects it makes to the president’s chart.

When I look at this chart, I find myself thinking back to a movie, I don’t know which it was..maybe Sinbad. I remember the Gods sitting over a game of divine chess, gleefully moving figures to pit humans against mythical creatures. With a bored wave of the hand, a God conjured up a sea monster to challenge the hero of the tale.

The Leo New Moon is a time to plant seeds of intention around creative self expression. Leo boost confidence and swells chests with pride. This is a loud, colourful, playful sign that encourages us to shine. In Leo we are both divine child and regal sovereign with both needing and expecting attention. It’s also the sign of Kings and Queens and those who are in the spotlight. On a collective level, Leo talks of those people who are high profile and ‘stars’ in their own right.

By a curious twist of fate or design, the perceived diameter of the Moon and Sun are at times almost the same from our perspective here on planet Earth. A Solar Eclipse occurs when the New Moon falls between the Earth and the Sun occulting the latter. To occult means to block from view but of course the word ‘occult’ has other connotations. Occult means ‘clandestine, secret, hidden’ and refers in modern day language to special knowledge with great power. With consciousness (the Sun) blocked, what is unconscious (the Moon) becomes visible. The Moon casts its shadow upon us, turning day into night. Eclipses have a way of revealing what we were in the dark about. Ego issues (the Sun) must bow to even greater powers. The diamond ring that forms as the Sun begins to emerge from the shadows symbolises the gift of the eclipse.

This eclipse is well supported with trines to Saturn and Uranus creating a fleeting, fiery, grand trine. Saturn’s trine to Uranus has been asking us to make steady (Saturn) progress (Uranus). A blending of old and new approaches are the best way forwards during these uncertain times. Perhaps eclipse revelations will aid us to recognise what needs to stay the same (Saturn) and what needs to change (Uranus). For those of us whose charts are strongly impacted by this eclipse, we may find ourselves better able to metaphorically step up onto the stage of life, more sure of our authenticity and originality.

Trines are typically noted to be ‘positive’ aspects but they can also be enablers too. The shadow side of Leo is sheer arrogance and lording it over others. Too much Leo can lead us to taking bigger and bigger gambles because big egos believe that they can’t lose. Hopefully with Saturn in this pattern, there is enough to ground some of this possibly over-confident energy.

The quincunx from the eclipse to Chiron reminds us that we are fallible. Humans fall and sometimes fail. Like an actor, sometimes we say the wrong thing, fluff our lines or disappoint our audience. On a personal level, it’s about knowing that human error doesn’t make us shine any less – it just makes us human. On the world stage, this quincunx could be a pointed reminder that if egos aren’t held in check, it could injure (Chiron) the collective (12th House/Pisces). Whether we go the easy way or the hard way, the eclipse is conjunct the North Node indicating that events have the potential to carry us forward on our evolutionary path.

The Sabian symbol for the eclipse is :-

So we have a theme of emergence, transcendence, change and we have hints of shedding a skin, death and rebirth, unmasking and showing one’s true colours. More symbolically, what has been in the collective unconscious (the mermaid in the ocean) is now emerging for all to see and taking on a life of its own.

With the lovely Grand Trine pattern in this eclipse chart, we could be forgiven for thinking this fluffy Leo big cat is purring. Chiron reminds us that it has claws. In the background to this chart we also have a tight Ceres-Pluto opposition and both are squared by Jupiter. Maybe this big cat isn’t purring but growling a warning. Pluto is about power and control as well as regeneration. Ceres is about loss (as well as food, agriculture and environmental issues). Jupiter magnifies what he touches and whilst his placement in Libra means he wants to create better relationships, judgemental behaviour can manifest given the tight square to shadowy Pluto.

The eclipse is conjunct asteroid Kalliope named after Calliope, muse of eloquence and epic poetry. What is said now has extra emphasis. The eclipse could spark surprise announcements or issues over words. Mercury, ruler of words is currently retrograde. What is said now may come back to haunt us later too. And ‘later’ may not be that far away given that Mars will march over the eclipse degree on September 3 and Mercury will station on this degree on September 5. These days may be pivotal.

The Eclipse and Donald Trump

There has been a great deal of speculation about the eclipse and Donald Trump and I thought it prudent to cast an eye over his chart to see what is going on. Traditional lore states that eclipses effect those places most where they are visible, so the US already features prominently.

The eclipse will be conjunct Trump’s anaretic Leo Ascendant so it’s certainly important in the grand scheme of things. Leo Rising can be very proud but anaretic makes it doubly so. With natal asteroid Zeus sitting directly opposite on his Descendant, Trump has a fear of being seen as a small man. Zeus is a teeny, tiny asteroid with a big name. At worst, this asteroid can denote bullying behaviour. Trump is quick to disown (7th house) his inner bully, and point the finger at others. But this is a man whose Pluto (power) is unaspected which can manifest as a constant fear of being erased, overthrown or eliminated. With Pluto being in the hidden 12th house, there’s a deep sense of profound mistrust and a terror of being truly powerless.

The eclipse will conjunct Trump’s natal Mars, amplifying the desire to take action. It’s possible though that this eclipse may reveal actions previously hidden from view (12th house).

More telling however is that this eclipse will conjunct Trump‘s progressed Sun. In his natal chart, his Sun is conjunct Atropos meaning ‘inflexible’. This man does not change easily.

At the moment, Trump is going through a Saturn conjunction to his Moon and opposition to his Sun. Saturn’s conjunction to his Moon is hard emotionally and he’s being forced to grow up. Trump has no planets at all in Earth signs so coming up against physical limits is deeply frustrating and I imagine that there is powerful insecurity with nothing to ground him.

His progressed Midheaven conjunct progressed Saturn shows that he wants to project (MC) authority (Saturn). However, Saturn’s opposition to his natal Sun puts him at odds with others who he perceives as blocking him or taking his light. Saturn opposing the Sun can feel like a black cloud, the sheer weight of responsibility. With Saturn also conjunct his South Node in the 4th house, all may not be well behind closed doors in his private life. Note that Uranus square Venus is coming up for him too which can trigger distance with women in his life. The more he feels like no one is listening at home, the more he may feel the need to make his authority known to the outer world. Saturn conjunct the Moon can also be an emotional brick wall. His progressed Moon is also currently conjunct progressed Saturn. There’s a double dose of emotional restriction as well as a need (progressed Moon) for privacy (12th house).

Note that Saturn rules his 6th house and the Sun his first house so there is a strong suggestion here that before this year is over, some health issues may need to be dealt with. Note too that the progressed Sun recently moved into Virgo in the last year so health improvements are also required by this sign, not to mention a little humility. Saturn conjunct the Moon can bring up issues connected to diet and digestion.

I note that Ceres is in his natal 6th house opposing Pluto in the 12th house (see note below for why Pluto is unaspected if you’re confused!). This combination suggests that there may be little control around his appetites and this could be his undoing (12th house). No wonder Trump can’t accept climate change. He’s at war with Mother Earth.  It doesn’t escape my attention that this eclipse chart contains the same Ceres-Pluto opposition. In mythology these two were enemies after Pluto stole away Proserpina, the daughter of Ceres. Loss of power is a big theme of this planetary myth.

This eclipse comes from Saros Series 145. I wrote an article especially for my patrons on Patreon exploring the seed chart for this family of eclipses here.

Longevity, stability for the future, personal responsibility, order and disorder, fears distorted lead to obsessive behaviour. Get a grip. Address issues of insecurity. Re-establish or reconnect with core values. Learn from the past. Consequences. History in the making.

I call this Saros Series ‘The History Maker‘.

***Pluto unaspected – Pluto is technically unaspected because there are no Ptolemic aspects (conjunction, sextile, sqaure, trine, opposition) to any of the major planets (the Sun through to Pluto). The opposition to Ceres does not count in this instance although certainly creates a story.