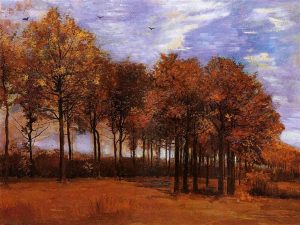 September begins with a sparkling trine between Mars and Uranus retrograde on September 2. We’re motivated to experiment with new ideas and different perspectives. There’s an urge towards novel experiences and freedom from restrictions. Momentum continues to gather as Mercury stations direct in Leo on September 5, releasing some of the delays and blocks that have pushed us to review and revise rather than move ahead. Mars enters Virgo on the same day suggesting for the next six weeks that much of our energy will be focused on work, day to day life, health and pets. Motivation is high for setting new goals so use this transit to kick start a diet or exercise regime. Also, if you’ve been needing to have an epic tidy session, this may be your moment! Mars in Virgo is fired up by getting organised.

The nebulous Full Moon in Pisces could sap some of our good intentions however on September 6. The Moon is tightly conjunct ethereal Neptune who is far better at dreaming than doing. A very wide square from this lunation to Saturn as well could bring us up short, caught between reality and ideals. Hard work doesn’t appeal quite so much now but disciplined effort can help us to achieve our dreams. With all the emphasis on Virgo in the background, taking part in projects that benefit others is a positive way of tapping into these compassionate and helpful energies.

Mercury’s re-entry into Virgo on September 10 means that now perhaps we can implement some of the improvements we thought of whilst Mercury was retrograde through this sign. Mercury is now in the sign of his rulership so thoughts are clearer and communication crisp. Mercury here too may help to mediate some of Mars’s occasional impatience with the fiddly stuff. Mercury’s presence in Virgo will help to set our minds on the task and pay attention to details. File your paperwork and resist any urge to worry.

Whilst Mercury, Mars and the Sun are all focused on the little picture, Jupiter invites us to tune in to the big picture too on September 11 when he sextiles the North Node. With Jupiter being a visionary planet, we may receive a preview of things to come or perhaps opportunities tempt us to stretch our idea of what is possible. To evolve we need to broaden our horizons.

Jupiter leaves us pondering as we reach an astrological lull in the month until the New Moon in Virgo on September 20. New starts in the realm of health, work and routines may be hampered however by an overly sensitive opposition to Chiron retrograde and square to stern Saturn. It’s possible we could be too quick to find fault, criticising our efforts before we’ve even got started. Still, this lunation will highlight where improvements are needed and necessary. Just don’t be too hard on yourself.

Venus joins the Virgo party on September 20 as well although this is much more likely to be a DIY party than the kind with favours and falafel. We value perfection now so people are likely to take their time to produce excellent results whatever their field. The problem comes however when we devalue ourselves by making too much of human error. The more we focus on being of service, the happier we feel. In relationships, love becomes a verb. It’s what we do that counts.

Equinox occurs on September 22 as the Sun enters the cardinal sign of Libra. The wheel of the year turns to Autumn in the Northern hemisphere. Now begins a month of reckoning as we weigh the fruits of our labours against all that we invested. This is a time of equilibrium, equal day and equal night and therefore it’s the perfect time to examine where we may need to find more balance in our own lives. Relationships too feature more prominently whilst we are under the influence of this sociable sign and there’s an urge to reach out and connect. Diplomacy, compromise and a willingness to share creates sweet working partnerships, especially with Libra ruler Venus still in office-orientated Virgo.

The end of the month sees some more challenging aspects starting with Mars opposite Neptune on September 24. Neptune can dissipate Mars’s enthusiasm and there can be a tendency to succumb to defeatism. Mars wants to get going, Neptune sighs ‘I’m tired’. There can a whole lot of ‘what’s the point’ in this aspect. The trick is to base actions on intuition. If necessary however, take some time out, sleep, watch a movie. Sometimes our inner warrior needs a rest.

We should be more animated by September 28 when Jupiter forms his last opposition to Uranus retrograde which has an electric quality to it. Since December 2016, there has been a great desire for freedom, change and innovation but there has also been a struggle. Jupiter in Libra wants equality, partnership and working together whereas Uranus in Aries is rebellious and independent and determined to do it ‘my way’. Big (Jupiter), shocks (Uranus) have rocked our world during this time and life may have felt unpredictable. It’ll be around this time that we will see whether leaps of faith were a progressive move or simply a wild stab in the dark. It’s possible that with Jupiter also quincunx to wounded Chiron (which was exact on September 23), some may feel marginalised, judged or scapegoated. Either way, there’s a promise of awakening and new perspectives that will be carried forwards into the future.

Pluto’s station direct in Capricorn on September 28 too is likely to get us to the truth of the matter pretty quickly – although let’s face it, it’s not always pretty with Pluto. That said, Pluto’s blunt honestly helps us to get real, real fast in Capricorn, setting us on a positive path of success if we’re willing to accept what we see. Pluto stations are a time of elimination, purging, release and letting go. Whatever Pluto dug up whilst he was in retrograde motion over the past five months, it can now be either recycled or thrown away. Sometimes the hidden material unearthed can be valuable too, especially if we’ve been able to face our fears.

We end the month on a sweet note though as Mercury enters Libra on September 30. However deep and dark our secrets, conversations revolve around nice subjects suitable for pleasant company. If Pluto’s station has generated suspicion or mistrust, a simple conversation may be the quickest way to establish rapport or resolve conflicts.