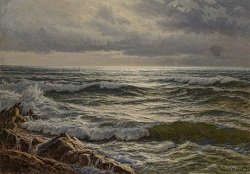 When the Full Moon occurs in Pisces, we are cast into the waters of the collective unconscious. Pisces is the last of the zodiac signs and its corresponding house is the 12th house. Pisces is where we merge, lose our individuality and become part of the All. Pisces talks of unity and relates to the invisible thread that binds us together.

The 12th house in mundane astrology is connected to prisons and hospitals. It is the place of the poor and the sick, those who are often lost and forgotten by society. Charities come under this domain too. As this is a house that relates to the unseen in more ways than one, hidden enemies and secret societies can also be found here. In natal astrology, the 12th house can show how we sabotage ourselves through not facing what lies in the deep unconscious. Just as the emerging Sun’s rays at sunrise obliterates the stars in the east, 12th house content is hard to see.

At the Full Moon in Pisces, there is tension between the world of idealism, imagination and spirituality (Pisces) and human fallibility, practicality and service (Virgo). As this Full Moon is conjunct Pisces ruler Neptune, there is an extra dose of watery energy. There may be an overwhelming desire to help, to do something to save another, ourselves or the world but the details could be lost on us.

As the Moon is conjunct asteroid DNA, that invisible thread that binds us all could feel palpable during this time. Those of us sensitive to the psychic undertow could be acutely aware of the sorrows of the world. We may want to fix things at a fundamental level, to switch off the gene that makes one human turn against another. Perhaps if we go deep into altered states of consciousness, we can become more aware of this ancient code, written into the fabric of our being.

The influence of Neptune can be beautiful but also it’s deceptive. Under its influence we could see what we want to see, especially in our relationships with others. Saviours and victims play out their archetypes, escapists lose themselves in their drug of choice and idealists dissolve into a puddle of ‘what’s the point in even trying’. The Sun shining in Virgo illuminates that unless we face some very practical issues, we can’t make the ideals happen. ‘Prayers are important but they do not feed the hungry’ says Virgo. Yet we cannot deny the necessary soul work under this Pisces influence. A combination of imagination and practicality can bring dreams alive.

The Moon and Sun are widely square to realist Saturn in Sagittarius who keeps reminding us over and over, ‘you can’t do everything’. We can’t save everyone. We can’t help everyone but we can manage our beliefs more effectively. We can master the academic knowledge we need to rise up out of defeatism and disillusion. We can take responsibility where we can.

The Saturn effect here may also see some questioning their faith. Spirituality in Pisces is a felt experience but Saturn in Sagittarius needs concrete proof. ‘Show me it exists and I will believe’ says Saturn. Neptune however knows that all you can do is to feel it from your heart, to know without knowing how you know.

There are also other manifestations of this dynamic at play though. Saturn in Sagittarius can represent hard-line and inflexible beliefs that limit interaction and behaviour. The Moon’s conjunction to Neptune asks us to go beyond the known, transcend difference and recognise our shared divinity.

The Moon is sextile to Pluto so there is a power punch behind this Full Moon. We can use these waves of emotion to create transformational effects. The awkward quincunx from the Moon to Venus says that we must maintain grace in the face of disharmony.

The Moon is on the Sabian symbol: –

A Lady Wrapped In A Large Stole Of Fox Fur

Sometimes we twist ourselves into what we think others want us to be. The fox stole is a reference to a class divide, a desire to be seen as rich and worthy of acceptance into the group. The lunar quincunx to Venus in theatrical Leo could generate a desire to play a false part rather than risk the chance of staying unseen.

Pisces however knows that underneath both silk and rags lies blood and bone. We all are haunted by the same fears, guilt and sorrows. We can’t sell out or pretend. It’s possible that at this lunation, we may be dealing with exploring where we try to reflect what we see around us rather than allowing ourselves to be who we are.

All of us at times feel invisible but often it is because we have lost the connection to ourselves. The Full Moon in Pisces is the perfect time for soul work, meditation and divining for guidance. Dreams could be instrumental in guiding us back to the source within. Listen to your intuition. Transparency is key.