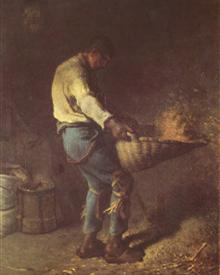 With five bodies now in Virgo, there is an extra strong emphasis on the qualities of this sign. Virgo is a mutable, Earth sign meaning that it is flexible and practical in its approach – attributes that we would do well to emulate around this lunation.

In Virgo we want to serve, to be of help, to tweak and tinker until things improve. Whilst under the influence of this sign, we start to notice the little things that need work, the small changes that could have a big effect in making our daily lives more organised and orderly.

Looking at this chart, it feels like there is cry of ‘how do I make this better?’ emanating from the ether. The New Moon is in a challenging T-square, hobbled by an opposition to Chiron and restricted by a square to Saturn. It feels as though we’re very conscious of the chronic problems in the collective (Chiron in Pisces in the 12th house) which stem from barriers between cultures and people (Saturn in the 9th house in Sagittarius). The Sabian symbol of this lunation is A Bald Headed Man Who Has Seized Power and I imagine there’s many of us who have got one eye on certain leaders and other characters who seek to use and abuse the patriarchal system for their own ends. It may feel as if decisions are just taken out of our hands, as if we have no power, as if we can’t do anything to make it better…

Mercury, ruler of this lunation is still in a conjunction to Mars. Our cosmic messenger is feeling strong in his own sign. There’s plenty to shout about it seems but there’s misunderstandings afoot as Mercury has also just perfected an opposition to slippery Neptune. It could be difficult to trust the information coming through right now which could also make us uncertain over what action to take. We’re imaging, idealising, wishing and ready to implement new measures – but when it comes down to it, the Mars opposition to Neptune could dissipate energy and motivation. Efforts are scattered and it all feels too messy for precise Virgo. A New Moon quincunx to Uranus also adds a wired, anxious element. People’s nerves are on edge. We want change and something different but part of us is feeling helpless given Mercury’s opposition to saviour Neptune.

It could feel like someone just took a jigsaw puzzle and threw all the pieces up in the air. Virgo’s task is to create order from chaos (opposite sign Pisces). The trick is that we can only work with what we know to be true and let go of the rest. Chiron may tell us that there’s pieces missing.

Neptune then chimes in with ‘Well, if there’s pieces missing then there’s just no point doing this puzzle at all’.

Saturn says, ‘Tough! Sit down, sort out all the edge pieces and start from there’.

The point is that we can’t see the big picture at the moment and that’s ok. Find the edges, then continue with the blue sky. Clear your mind. Life isn’t always perfect.

It’s okay not to know what to do. It’s not okay to give up. If you’re really stuck, clean the house, make a list, lend a hand to a friend. Sometimes we forget that we can talk back to the universe. It isn’t a one way conversation, especially with Mercury opposing Neptune. You can talk to the universe through sympathetic magic, ritual or by taking actions that describe what you want to say. By creating space, peace and quiet and letting go of internal criticism you are letting the universe know that you’re ready to listen. You might find that your soul has been whispering the answer all along.

The one release point from this challenged lunation is the sextile between the Moon and Sun with Ceres in Cancer. Tune in to your inner Mother and connect with that healing, nurturing energy. Whether it is sickness of the body or sickness of the heart, some gentle love and reassurance can go a long way towards making things better. Messy doesn’t mean broken.

Painting – ‘The Winnower’ by Jean-Francois Millet