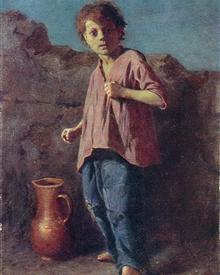 This morning, I woke up angry. Angry that 58 people are dead and 500 wounded because of one man and one misguided constitution. I’m angry that people in Puerto Rico are suffering. I’m angry about the police brutality in Catalonia. I’m angry that we just seem to keep hurting each other. Mars is about to conjunct my Pluto and he’s RAGING ‘This is do or die – just DO something to CHANGE this!’.

Mars, the ruler of Aries, is our inner cosmic warrior. His purpose is to fire us up, get us excited, motivated and passionate. Under his influence, we burn for those things we want, whether it’s sex or whether it’s goals. Mars is the one who says, ‘I’m here to protect you‘ and he will do his damnedest to do that in the only way he knows how. Mars is a quick and early learner, watching closely how our parents and caregivers fight for what they want, absorbing which weapons are used in what ways to achieve their aims. The problem is that sometimes these weapons are faulty and we end up turning them on ourselves – or on each other.

When working well, Mars is our courage, the one who tells you, ‘you’ve got this’. He’s the one that gets you up in the morning, ready to charge into a brand new day. We need Mars because he is our strength, muscle, bravery and he gives us the will to survive in this world.

At an Aries Full Moon, these fiery traits are brought smartly into focus. Emotions (the Moon) are heated (Aries). With the Sun in opposite sign Libra, this lunation is about ‘you and me’.

The Moon is in the global 1st house, the sign of self.‘Me first’ says the Moon. ‘Let me do this my way‘. Aries is a furiously independent sign but with the Sun in Libra, we can’t discount the part that others play in our lives. We need to compromise, not something that Aries cares for much.

The Full Moon is opposed to Mercury, the planet of communication. It suggests that maybe we’re talking but not listening. ‘That’s what YOU think!‘, says the Moon jabbing her finger at Mercury. The Moon’s hot and bothered, full of her own ideas and what she wants to do. She’s reacting rather than responding.

Amidst this pattern is a square from potent Pluto to the Moon and Sun bringing issues of control, elimination and power into the mix. We know things need to change but Pluto can incite black and white thinking and extreme reactions. The Moon is also conjunct asteroid Niobe who can be connected to excessive emotions. The Moon in Aries is enraged by what isn’t in her control…and deeply afraid too.

The Moon is on the Sabian symbol:-

Ouch. Yes, tough chart but you know what, it’s Aries – Aries can handle tough and so can we.

What’s important here is that the bomb has not yet gone off. There’s still time to diffuse the situation. It’s clear that we’re unhappy – we’re ‘protesting’ but not being heard (it’s ‘unsuccessful’). So maybe we need to change the way we’re doing things and for that, we look to Mars.

Mars is in healthy Virgo snuggled close to lover Venus. These two are trying to kiss it better. With Virgo accented, Mars makes the point that small actions and attention to detail is what is required at this time. Rather than going on the warpath (Pluto), we’ve got to make conscientious decisions that take into account our health and welfare. Adding in some love medicine wouldn’t hurt either. Mars is also trine to Pluto providing a release point for that ‘all or nothing’ energy. Mars shows that by taking little practical steps, we feel empowered. We can’t change it all at once (Pluto wants to raze everything to the ground) but we can take it step by step.

Mars however is hobbled somewhat by the growing t-square with an opposition to Chiron and square to Saturn. We’re sensitive and we’ve got our guard up and there’s the possibility of being hyper-critical in response to hurts. Saturn’s emphasis on restraint isn’t a bad thing in this case. The frustration comes from this being an Aries Moon as Aries wants everything done fast whereas Saturn works slowly and methodically.

Mars is also opposite to Neptune, an insidious aspect we need to watch out for. I have already seen several rather ugly memes talking about how prayers are empty and people should (a Saturn word!) do something. Again we have an ‘either/or’ problem here. There’s an assumption that those who say they are praying for XYZ are not doing anything yet many people are doing something as well as sending prayers. Many are helping in their own small way (advocated by Mars) because they don’t have the power to do more. We must not forget the small and humble daily positive acts in the desire for immediate resolution. Small is not weak. Simple is not insignificant.

Yes, prayers alone cannot fix problems on the ground but a sea of empathy, a tide of compassion can be part of the change. Instead of feeling defeated or distracted by Neptune, Mars can get inspired by working together with others, acting on intuition, fighting for the dream. We can be spiritual warriors, spirit movers and shakers, driven by a collective knowledge that we are all souls having a human experience. Sometimes we make mistakes and correction is necessary but it can be done without tearing each other down.

The biggest message in this Full Moon is that we can’t give up and check out. We owe it to ourselves and to each other to do better in whatever small way we can.

Painting – ‘The boy, preparing for a fight’ by Vasily Perov