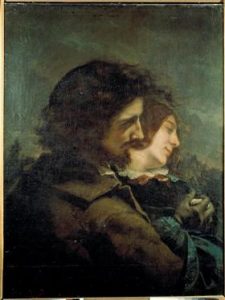 At the New Moon in Libra, it’s time to set new intentions around our relationships. Libra is about the ‘other’, it is everything that is not ‘me’. Onto Libra, we project our greatest hopes and fears and it is through Libra that we often see the other side of ourselves. Those who we connect with, whether positively or negatively, are a mirror of our inner world.

The Moon and Sun are conjunct asteroid Karma in the New Moon chart, reflecting how we often have karmic contracts with significant others in our lives. The presence of Karma also alerts us that new beginnings now have extra importance spiritually. For some, there may be those kinds of meetings where you just ‘know’ you know each other – yet have never met before. I find in these situations, it is best not to assume that this is a ‘happily ever after’ scenario. It may be, or it may be a relationship to facilitate the souls’ growth for one or both sides. It’s about remaining open to connection yet detached from the outcome.

Uranus, planet of freedom and higher understanding is directly opposite the New Moon, echoing the need to embrace alternative perspectives. It suggests that this lunation may be peppered with surprises. Expect the unexpected. There may be sudden relationships blossoming and just as sudden love breaks. Either way, the need for space and individual self-expression is going to be an important factor.

This lunation also prompts you to look to where life has become unbalanced. Have you become too reliant on other’s input to the detriment of your own path or have you swung the other way, shunning deep relationships for fear of being too compromised? The quincunx from the New Moon to Chiron says something is uncomfortable. Old wounds, especially those that revolve around feeling different are likely to be part of the picture.

Venus, the ruler of this New Moon is technically unaspected, meaning she makes no Ptolemaic aspects to any of the other main planets. This gives an extra ‘wild card’ influence. An unaspected planet can behave in extreme ways, prompting us to swing from love to hate and back again. Combined with erratic Uranus and maverick Chiron, Venus unaspected emphasises the feeling of disconnection that arises in this chart. Whilst this may manifest as disconnection from each other, it also could manifest as feeling disconnected from ourselves. Note that the next aspect that Venus makes will be a passionate, jealous and sometimes distrustful square to Pluto on October 28. How we deal with the energies of this New Moon are carried forward to a confrontation with the shadow.

However, an unaspected planet can also work in a very ‘pure’ way. Who is Venus? She is the Goddess of LOVE and right now that’s what we need, more than anything else.

Jupiter has recently entered Scorpio, pushing us to explore darker territory within and gain a better understanding of the human shadow. I mentioned in my talk on Jupiter in Scorpio through the houses that this transit may manifest as more discussions around sex and abuse and that as Jupiter is such a big planet, secrets are likely to be difficult to hide! Almost the moment Jupiter landed in Scorpio, the story broke about Harvey Weinstein. Don’t forget, the North Node (karmic evolution) is now in Leo, the sign of the entertainment industry!

And now, just in the past couple of days, as Mercury conjoined Jupiter in Scorpio, we all began to talk about our big secrets concerning sexual abuse and harassment through the ‘me too’ hashtag on social media. And yes, ‘me too’. I wrote my story on Facebook, of being driven to the middle of nowhere by a bus driver with bad intentions. Only by the grace of the Gods did he not go through with it but it scarred and scared me just the same, along with the other stories still too private to tell. But we are talking now, and these conversations are feeding into this lunation as we have an out of sign conjunction to both Mercury and Jupiter. If we are to have better relationships (Libra) then we need each other to know our stories to exorcise the demons. The truth may be ugly but it’s still the truth.

And we also need to respect those who need to remain silent, for their own peace of mind.

Saturn gives us some support with a sextile to the New Moon and gives us a way of coming back into balance. Uranus can be like a rebellious teenager so a mature approach is what works right now. Saturn’s passage through the global 9th house and Sagittarius challenges us to check in with our belief systems about what is okay and what isn’t when it comes to our relationships. Now that Saturn’s dispositor Jupiter is in Scorpio, we’re getting into deep, unknown territory that can seem scary at first. But a better understanding can chase away the fears. The rules (Saturn) of engagement (Libra) are changing (Uranus).

The New Moon in Libra is on the Sabian symbol :-

An Airplane Sails, High In The Clear Sky

The big picture is becoming clear. I know I wasn’t the only one who was horrified at the sheer numbers of women who have been victims of abuse and sexual harassment as story after story and tag after tag appeared on my feed. But now we can see this clearly, we can also transcend. This Moon’s opposition to Uranus challenges us to alter our perceptions, change the way we relate. Uranus may be an unstable influence but he also is the awakener. We’re now working at a high frequency level.

Our eyes are wide open. The clear sky of this Sabian symbol shows that we too are seeing clearly. We cannot shy away from pain (Chiron) or hide in an ivory tower (Uranus). Right now, we are in the middle of a journey, the destination governed by the conscious decisions we take daily. If we can keep our conversations respectful too, then maybe we can implement what we have learned at ground level, later down the line. Whilst there may be some anxiety, we are also going through a mass raising of consciousness. It begins and ends with love.