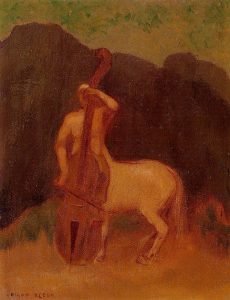 November starts off on a painful note with the final square between Saturn in Sagittarius and Chiron in Pisces on November 2. In my article on Patreon, I said “With Saturn squaring Chiron, we can no longer deny collective suffering, nor the suffering of those on the fringes of society, estranged by the rules and structures of current conventional thinking. Saturn says we must take responsibility for chronic long-standing problems which undermine the basic foundations of our society. Limiting beliefs that hurt others, truths that force others onto the side-lines, unbreakable and unbendable rules designed to alienate.”

Reading back over my post, I also note that I mentioned as this aspect perfected for the second time, there was a situation where a doctor (Chiron!) got thrown off a plane for not adhering to arbitrary rules. It seemed to encapsulate much of what this transit has been talking about. It’s fascinating that just as this aspect was tightening towards this third and final phase, there have been two big stories regarding airlines. Ryan Air has cancelled thousands of flights (apparently according to problems with pilot rostering) and Monarch has collapsed completely and gone bust. Sagittarius is a sign associated with long distance travel, Saturn is testing/trials and Chiron simply broken! Symbolically, the planes being grounded could perhaps suggest that we’re not reaching each other and we need to get down to grassroots level and deal with problems practically.

This aspect has also been highlighting what is broken (Chiron) in the patriarchal system (Saturn). Jupiter in Scorpio has already made a splash entering Scorpio with the big (Jupiter) sex scandal (Scorpio) with Harvey Weinstein. Don’t forget too, the North Node is now in Leo, the sign of the entertainment industry. In my talk on Jupiter in Scorpio through the houses, I mentioned how secrets are impossible to hide during this transit. As more and more is revealed about Weinstein, actress Emma Thompson said that ‘his behaviour is indicative of an “endemic” culture of sexual harassment in Hollywood.’ ‘Culture’ is a word associated with Sagittarius, ruled by Jupiter.

Whilst I’m talking about mass symbolism, let’s revisit the clown phenomenon which I first spoke about in my Full Moon post back in October 2016. This weird and seemingly spontaneous manifestation even made it to Wikipedia. First, we had people dressing up as clowns scaring each other silly, then we had, and still have, Trump who has repeatedly been called a clown (and not to mention dressed up as one across many memes on social media). And now we finally have IT, the scariest clown of all, crawling up from the drains (associated with Scorpio). Oh, and this clown goes by the name of Pennywise’, once again suited to Scorpio’s association with shared wealth! Clown phenomena (according to ‘Bad Clowns’ author Ben Radford) is connected to social anxiety. Now that Jupiter is in Scorpio, we must face our complexes to understand them

So, Saturn (now disposited by Jupiter) square Chiron, leads into a range of ongoing stories. This square will remain in effect until December 14, 2017. Whilst no further exact aspects will occur after this, we will revisit these themes between May and October next year when Saturn and Chiron are within orb of a square again.

On November 4, we have a Full Moon. The simplicity and grounded nature of the Taurus Moon is opposed by the intense complexities of the Scorpio Sun. Jupiter opposes the Moon as well so we’re aware of growing fears, perhaps increasing the natural Taurus need for security. The Moon is tightly sextile Neptune though, adding a compassionate, quiet, intuitive voice into the mix. We can work through some of our fears using the gifts of Neptune – meditation and prayer along with imaginative creative work. Ceres, currently transiting Leo, is the focus of a T-square made up by squares to the Sun-Moon opposition. Our inner child (Leo) needs nurturing (Ceres).

We’re given a boost by Saturn on November 11 when he trines Uranus for the last time in this series. Yes, we still have to deal with the difficult square to Chiron but the trine to Uranus offers us an alternative route. We are making progress, however slowly. We don’t have to throw out the old (Saturn) to make way for the new (Uranus). We can create a careful blend of both, taking the best of what we have built and using that as a foundation for the future. Progressive ideas are creeping into the system. It’s about being willing to experiment to see what works.

We might not be overly comfortable with this idea of trying something different though as the New Moon in Scorpio is quincunx Uranus. Still, it’s enticing, even if it’s awkward. The Moon’s trine to Chiron enables us to engage with our healing process. It’s like walking into the velvet darkness of Chiron’s cave, searching for truths. Once there, Chiron can help us to detox.

We are challenged however by the growing square between Scorpio rulers Mars and Pluto which perfects on November 19. This fierce aspect can work well for us when we focus on things that are in our control. The down side is that despite Mars being in diplomatic Libra, few may be willing to compromise. The velvet gloves could come off the iron fist! The more you kick at the bigger and harder obstacle in your way, the angrier you get. Making the best of this aspect means focusing on what you can do and not what you can’t. Hopefully by November 20, the sextile between Mars and the North Node will help us to identify where is best to put our energies.

Some of the intensity begins to lift on November 22 when the Sun enters vibrant Sagittarius. We’re encouraged to meet difficulties with optimism and to keep all options open. We need to be aware though that Neptune also stations direct today in Pisces. Combined with the bountiful optimism of Sagittarius, there’s a danger of losing touch with reality. Neptune retrograde is rather like the tide washing out leaving gifts from the bottom of the sea on the beach. It reveals where we have been deluding ourselves and living up to impossible ideals. Likewise, then, when Neptune stations direct as it is now, the tide rolls in again, washing over previous revelations unless we have purposefully picked up on them and kept them firmly in our awareness. Dare to dream but anchor yourself in reality.