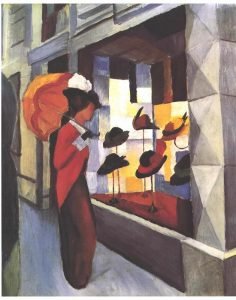 Taurus is the first of the Earth signs. It’s associated with being dependable, practical, stable – and sometimes it’s stubborn to a fault. In this fixed sign, we find change troubling, yet change is the very thing we’re facing with the Sun in transformative Scorpio. In Taurus we are spring, bursting into life. In Scorpio we are the squelch of dead leaves beneath our feet.

The Moon also opposes Jupiter. Right now, Jupiter is the elephant in the room, the secret that is too big to hide. It’s also the hope that something good can come from something bad. We are swinging between two states of being – ‘Have I been buried (Scorpio) or have I been planted (Taurus)’. *

The Moon’s opposition to Jupiter could see fears increasing as the biggest planet swells deep complexes hidden in the murky depths of Scorpio’s waters. Alternatively, we can learn to love the inevitable round of life from birth to death to birth. After all, Jupiter just wants to understand and find meaning in all of life’s experiences, both positive and negative. The Moon in Taurus is widely trine to Pluto, so there is an underlying awareness of what is and isn’t in our control. We just need to hold on to that. The Moon’s trine to Pluto too nudges us to clear old ground, ready for next year’s planting.

A tense T-square pattern is created by Ceres as she squares both the Moon and Sun. Ceres in Leo pushes us to nurture our confidence so that we can cope with change. In mythology, Ceres lost her daughter Proserpina to the underworld for six months of the year. Ceres in the chart can often represent both mothering and heavy losses. The Moon in Taurus may feel terrified to let go of Mamma – or Mamma might be too scared to let go of us! Ceres square to the Sun in Scorpio can become smothering. We might fear letting go of what we love, scared to let go of what’s ‘mine’.  Sharply aware of the potential for loss, the Taurus bull may try to dig his hooves harder into the ground.

Ceres was also Goddess of the Grain. With her stressed position in this Full Moon chart, some may feel caught between feast or famine. Wanting it all or nothing at all probably won’t help to quell insecurities. It’s important to find some middle ground.

Venus, ruler of this Moon is in a tight opposition to Uranus which perfected shortly before the Full Moon. This aspect talks of detachment. Life is unpredictable at the best of times and therefore there’s a need to remain open to ‘come what may’. The Moon’s sextile to Neptune suggests that we need to get comfortable with a little uncertainty. Nothing stays the same forever, no matter how much Taurus wants it to. People change. We change.

The Full Moon is on the Sabian symbol: –

It’s best we keep our options open and know what is available. Also, there’s a question of what we need as opposed to what we want.

The couple in this Sabian are young. They may grow together or grow apart. They may be in the heady stage of romance right now but in two weeks’ time they could be so over it! Much like Venus opposite Uranus, this symbol advocates considering alternatives. Perhaps we have a bigger range of choices than we first thought.

Window shopping also brings up issues of affordability. Whilst we all have innumerable ideas, some are naturally limited by our own limitations on time and resources. Most of us have wishes (Neptune) but, unless a lottery win is around the corner, we must make clear choices to prioritise what we value the most. When it comes to investing, Ceres reminds us that we need to pay attention to what truly satisfies our creative spirit. With Venus opposing Uranus, what attracts us now is something different. Now is not the time to be stuck in our ways or to commit without question. Flexibility is key.

*Adapted from a quote by Christine Caine