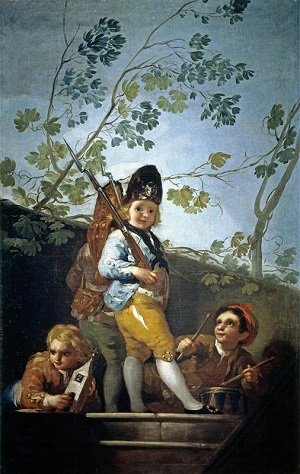 The surface of the lake is eerily still but if you stand here long enough, you’ll soon see ripples emerge from dead centre. This is where the Sun and Moon fell silently into the water. Some say they are still falling. There’s a little light skirting round the edges. That’s Vesta, keeping the flame of truth alive. She believes that the Sun and Moon will rise again, and nothing will stop her performing her sacred duty. Venus is here too, a glimmering pearl inside a shell at the bottom of the lake. To get to her though, you will have to swim past a great lurking shadow. Are you brave enough? It could be a monster…or maybe just Jupiter, exploring the underwater caves for treasure. It depends on how you look at it.

We are now in Pluto’s realm, the fixed, dark waters of Scorpio. In this place we are destroyed and then rise again. In Scorpio, there’s no other option than to face your demons. Pluto is do or die, no in between. You’re either in or out. Pluto is a planet of extremes, Scorpio a sign of intensity. During this Moon, we’re dealing with unconscious complexes, taboos, secrets, sex, death, power, control and complete transformation.

This New Moon is opposite Sedna, an Inuit sea Goddess. In the myths, Sedna was betrayed by men, lovers as well as her father. He chopped off her fingers as she clung to a boat to save himself from drowning. Sedna then sank to the bottom of the ocean and her fingers became fish and other sea creatures. The shamans know that if you comb out the tangles from her hair, she will offer up her gifts from the deep. If you disrespect her, she’ll whip up a nasty storm. Right now, the storm of stories of woman who have been abused by prominent men is getting louder. During this Moon, the pieces of ourselves that have been ‘cut off’ could make themselves heard. We need to untangle ourselves too.

Uranus represents difference and Chiron is sensitive to rejection. The Moon’s aspects to both accentuates that we give away some of our power when we don’t accept those parts of ourselves that are unique or wounded. The quincunx to Uranus in the global first house suggests we feel awkward in the presence of others – perhaps scared of being truly seen. However, we must accommodate for our quirkiness and our pain. The soothing trine to Chiron shows that the more compassionate we are, the easier it is to heal these wounded aspects.

It’s possible too that issues of detachment are woven within the quincunx to Uranus. Uranus likes his own space but with the Moon and Sun in Scorpio, we want to merge seamlessly with the other. We want connection beyond words, the naked truth, intimacy that reassures us that we’re not alone. The irritation from Uranus however reminds us that some part of us is alone – and that’s okay!

The rulers of this Moon, Mars and Pluto, are closing towards a square which will perfect on November 19. This is Sedna’s storm building in the background. The tension is acute and warns of a tempest if we don’t do something to mediate it. The clue is in a recent Mercury-Mars sextile which encourages us to keep talking. With Mars in the global 7th house and Pluto in the global 10th house, there’s pressure to concede or to compromise from outside authorities or government agencies. There are also divide and conquer tactics at work. The powers that be (Pluto) could feel overwhelming to our inner warrior who keeps on fighting regardless. It would be wise to pick your battles carefully to avoid burn out. Let go of what isn’t in your control. On an inner level, fears or shame could manifest as an outburst of rage. Right now, with Mars in Libra, it’s easy to project our anger onto others. Positively speaking, this could be just the time to confront those issues that make you feel powerless. There’s potential for courageous acts that bring profound transformation, but we need to be fully aware of our underlying motivations and conscious of our end goal.

The New Moon is on the Sabian symbol: –

A Military Band Marches Noisily On Through The City Streets

Those who have been silenced will be silent no more. This is a thunderous war cry, a challenge, a refusal to hide away. Hidden aspects of the personality too are clamouring for attention. In all cases, it’s important to recognise and honour them. However, on the shadow side, with a tempestuous Mars-Pluto square building, there’s a danger of making so much noise, no one can hear anyone else.

During this stormy Moon, be willing to dive deep into your own psyche. Welcome and accept those parts of yourself that have been side-lined. Let go of obsessing over what isn’t in your control. Know when to fight and when to surrender. Take care of business without forcing your agenda. We can’t all march to the same beat. Stand up to bullies in a way that is safe and empowering. Stay attuned to your quiet inner voice amidst the din of propaganda. Above all, be honest with yourself. Truth is Scorpio’s greatest gift and your most formidable ally.