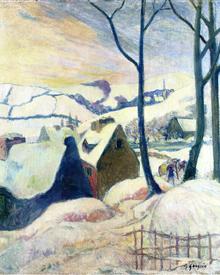 December begins on a restless note with Mars in Libra opposite Uranus in Aries on December 1. We are inclined to leap without looking in a bid for freedom. We desire change, but initiatives begun now can have unexpected consequences. This can also bring out the teenage rebel in all of us and no one wants to play by the rules. Used well, this transit can be invigorating if you’re willing to do something different. But it’s wise to watch the burning urge to stick two fingers up to the world whilst shouting ‘to hell with this!’. ?

As I write (15th November), Mercury has just entered the shadow zone. With Mercury stationing retrograde on December 3, it may be a good idea to get the Christmas shopping done early if you’re buying online like I do! As we know, during a Mercury retrograde, there tends to be more issues with delays. With this retrograde in Sagittarius, the sign of long distance communications, we can anticipate that postal snarl-ups might be on the agenda. This is also the time of year when many of us are travelling to see loved ones over the holiday period. Sagittarius rules long distance travel too, so it’s best to triple check departure plans, put tickets in a prominent place and make peace with the journey perhaps being longer than anticipated before setting out.

Mercury stations retrograde conjunct Saturn and on the Sabian symbol ‘The Pope Blessing The Faithful’. During this period, we’re likely to be reviewing many of the teachings of Saturn as he comes to the end of his journey through this sign. For the past two and a half years, our faith has been tested, perhaps even lost and now, doubts arise. Mercury retrograde simply asks – what do you believe now compared to December 2014? Has your experience since then changed your outlook on life?

The Full Moon in Gemini, also on December 3, is square to confusing Neptune. We could see more communication glitches and it may be difficult to distinguish fact from fiction. The information we think we have could be distorted. Meanwhile Jupiter makes the first of three trines to Neptune on the same day (!) so idealism is amplified. We’re trying to find meaning in the muddle. On the plus side, this transit does suit the seasonal vibe, swelling compassion and increasing generosity.

Chiron’s station direct in Pisces on December 5 also makes us aware of suffering, both our own and the suffering of others. Since the beginning of July this year, Chiron retrograde has asked us to remove the bandages from our old wounds and check whether they have healed to a scar or become infected. Consequently, many of us may have felt acutely vulnerable at times. Getting in touch with pain is never easy but sometimes that’s what we must do to heal or learn to manage chronic conditions.

By December 6, Mars is back on track with a sextile to Saturn. After blowing off steam, now we’re ready to get down to work. Motivation combined with a responsible attitude means we can get a lot done in a short space of time.

Energy levels intensify on December 9 when Mars marches into Scorpio, the sign he co-rules with Pluto. The compulsive nature of Scorpio brings Mars to attention and this blistering hot transit can manifest as laser focus. With this boost of power, we’re more willing now to fearlessly confront obstacles that previously forced us to retreat. It can be both a blessing and a curse that Mars in Scorpio never gives up. Jealously and manipulation can arise if there is unresolved anger and underlying feelings of weakness. Still, even if these darker emotional waters are stirred, Mars will also offer us the courage to face our own shadows too.

The New Moon in Sagittarius on December 18 is square Chiron, so we carry this message of healing and suffering into this lunation. Sagittarius though is a happy go lucky sign, reminding us that there are many paths to joy despite our pain. The Moon is conjunct Saturn who is on the very last degree of Sagittarius, exactly where Mercury stationed retrograde. Once again, the universe highlights the Sabian Pope degree, encouraging us to count our blessings. A wide conjunction to loving Venus suggests that values are intimately connected to our belief system. The more open our hearts, the more expansive and inclusive our world view becomes.

On December 20, we experience the biggest shift of the year as Saturn enters home sign Capricorn where he will stay until 2020. Themes of accountability and responsibility arise from this powerful transit. Positively, we’re ready to get real, grow up and use our time on Earth wisely. Negatively, we could be looking at austerity, depression and limitation. Whatever manifests, it’s about taking it as it comes, practicality and finding ways to manage ourselves more effectively. Whilst Saturn gets a bad rap, ultimately his function is mastery of difficult circumstances and wisdom born of experience.

The Sun follows Saturn into Capricorn on December 21. Whether you are in the northern hemisphere or the southern, it’s to the light we all turn. Here in the north we are welcoming back the Sun as the days begin to grow longer. For those in the south, the light of the sun blazes at peak intensity.

The Sun represents our centre and is a symbol of the creative force in the world. Wherever you are, take a moment during the day to place your hand on your solar plexus and focus on breathing in sunlight. Imagine you are filled with the light of the Sun. Winter solstice blessings to you!

Jupiter forms a semi-square to Saturn on December 22. This aspect could trip us up but it’s just a mini test, a stumbling block in the dark as Jupiter bounces around Pluto’s shadowy caves. We must feel our way forwards slowly, even if we’re eager to take advantage of promising opportunities. Essentially, Saturn is trying to slow us down so that Jupiter’s developments have lasting value. We’re going to hear ‘is this realistic?’ a lot over the next few years so we may as well start now.

Mercury stations direct on December 23, just in time to ensure banter around the Christmas table contains long stories with a lot of laughter. Jupiter, ruler of Sagittarius and therefore Mercury’s current dispositor, will square the nodal axis on December 24. One again we’re reminded that belief shapes our unfolding future. Faith is key to getting out of our comfort zone and taking a starring role in life.

The year comes to a close with Mars trine Neptune on December 28, reminding us to act with compassion. This is the perfect aspect to accompany some seasonal downtime. Relax, catch a movie, make art, take unwanted presents to a local charity. Allow your inner warrior time to rest. There’s nothing you need to do that cannot wait until tomorrow…or the new year.

Painting – ‘Village in the snow’ by Paul Gauguin