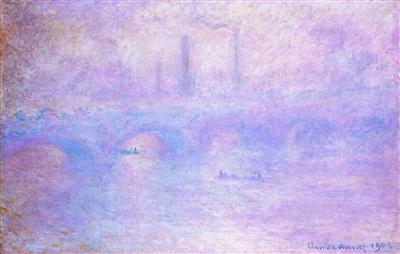 This big bright supermoon occurs on a day supercharged with astrological activity. The Moon in Gemini is set in the third house of the mundane chart bringing our attention to matters involving news, facts and figures, information and inland transportation. This is at odds with the Sun in the ninth mundane house where we find international communications, long distance travel, religion and law courts. There’s a split between what is said (3rd house) and how it is interpreted (9th house).

In the third house, the Gemini Moon takes things on face value. Gemini doesn’t bother to go beyond the surface whereas Sagittarius is much more interested in the deeper meaning. The problem is that the Moon and Sun are squared by slippery Neptune in the hidden twelfth house. Under the light of this Full Moon, we’re easily distracted by fake news, misunderstandings and distorted stories. It doesn’t help that Mercury, ruler of this lunation, stations retrograde on the same day. It’s almost as if Mercury is urging everyone to shut up, stop talking, Listen. Neptune at the apex of a T-square with the Moon and Sun advocates silence too. Not to forget that Mercury stations conjunct sensible Saturn who’s had quite enough of all this nonsense.

The problem is that we’re inclined to hear what we want to hear. The Full Moon aspects the beautiful Jupiter-Neptune trine which also perfects for the first time on December 3. This aspect offers a swell of compassion and a growing desire to rescue those who are suffering. We want to see the good in others, we want to believe that things can be better for everyone. But some could seek to take advantage of this good-natured vibe, turning the tide to their own advantage with careful misinformation. The Moon’s quincunx to Jupiter is awkward and overblown.

The Moon is also conjunct asteroid Pan, the goat foot God who protected the forest and wild animals. Pan however was also a philanderer, spreading his seed far and wide. Pan is also the root of the word ‘panic’. In olden times, people feared the strange sounds they heard in the woods. Pan’s involvement in this Moon warns against being panicked into decisions because of Neptune’s uncertainty. Some may feel panicked because they sense (Neptune) something isn’t quite right but don’t know for sure. It’s like a ghost flickering at the edge of your vision. Gemini likes things to be clearly defined as this or that, categorised like a library for later reference. There’s nothing so annoying as vagueness for Gemini. Neptune blurs the line.

Jupiter trine Neptune, whilst it’s a free-flowing aspect, can also mean that we’re tuning into scary stories (Jupiter in Scorpio!) bubbling up from the collective (Neptune in Pisces). Stationary Mercury on the very last critical degree of Sagittarius feels like he’s holding his breath, waiting for the next line or maybe we’re just speechless! Fact and fiction are blended, shaken and stirred and served with a slice of sleight of hand. Tall stories are running wild.

A Slave Girl Fights For Her Independence*

There’s a suggestion that we’ve been held captive by the media machine but now we begin to see through the veil. Neptune’s confusing vibration can sometimes make us feel weak or defeated before we even start but this symbol reminds us that we’re strong. We have a right to freedom – and freedom of information. Consider where your mind has been hobbled by the outside world, trained to think you’re not free.

This feels like a highly challenging Full Moon and yet Jupiter’s trine to Neptune reminds us that if we face our fears we can save ourselves. There is truth and good and beauty in the world if we’re looking in the right direction. If you feel confused, stand still, tune into your heart. Neptune also stands for spirituality and meaning. Consider what your soul has to say about all this confusion. Creatives can tap into this wonderful imaginative energy to create stories of their own through music, art and words – healing stories that take us a step forwards instead of a step back. Use your imagination but don’t let it dictate your fears. Be at peace with silence. Still your mind for inner reflection. Let the distraction of the world fall away until you can hear your own inner dialogue. What is said between you and your deity is sacred. No matter how strange these times are, remember you have a direct line to the cosmos. Write down your dreams.

*Note – The original wording for this Sabian symbol contains antiquated language that is no longer suitable for modern day usage. I have therefore updated the Sabian using the term ‘slave girl’ which is used by both Lynda Hill in her book ‘360 Degrees of Wisdom’ and referenced in the notes on this degree by Marc Edmund Jones in his book ‘The Sabian Symbols in Astrology’.