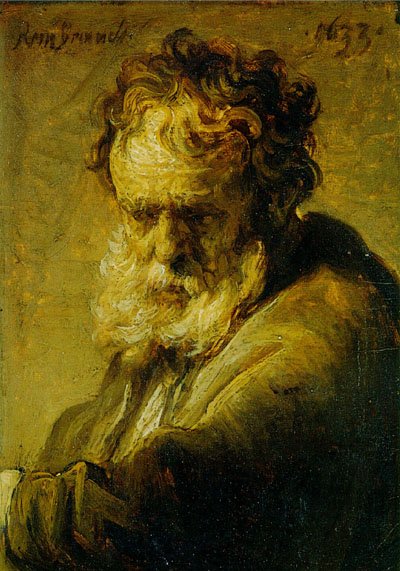 Just as I began researching this post last month, I saw an article stating that Earth’s rotation is slowing down. It’s expected to produce a period where we experience more intense earthquakes.

Astrologically, the symbolism is apt as Saturn, or ‘Old Father Time’ indicates a slow down in the areas he touches. Uranus too enters Taurus next year, so we have issues regarding stability (Saturn) and shake ups (Uranus) all affecting what we have built (Capricorn) and planet Earth (Taurus). I’m paying close attention to the Saturn, South Node, Pluto conjunction that will take place in April 2019 along with another triple conjunction between Pluto, Ceres and Saturn in January 2020. Ceres is an agricultural Goddess so issues regarding sustainability, conservation and climate change are likely to be of extreme importance around this period.

But I’m getting ahead of myself, and with Saturn, that will never do!

I like Saturn, honestly, I do. He gets a bad rap in astrology. Just today I came across a typically dreadful article in the Daily Mail which talks of how this winter solstice will be the worst for years because the Sun will conjunct Saturn in Capricorn shortly after solstice. Mostly, what we don’t like about Saturn is that he doesn’t let us escape reality. Saturn is a stern schoolmaster, professor, boss and policeman. We must do the work, play by the rules, be accountable and exhibit self-discipline and maturity under his influence. We can’t get away with shirking the work or putting it off until later.

Saturn reminds us that time on planet Earth is short. We are mortal. We have an expiry date so if you’re going to do something, it’s time to get on with it. Our inner child balks at Saturn’s serious tone but we need him because otherwise we’d never grow up. We’d never learn what we are truly capable of and we’d never learn how to deal with difficult situations that life inevitably brings. We need Saturn because he is wisdom born of experience. When we work with Saturn and do the work, we find that he supports us in our endeavours. Saturn is the one who gives you that feeling of accomplishment after a long, hard climb as the mountain summit looms into view.

Saturn is the ruler of Capricorn so his return to this sign is like the King returning to his castle. Think about a teacher returning to the classroom after leaving you for a while – or the boss coming back into the office after a long holiday. Those rules that have been bent and warped in our favour suddenly snap back into place. Saturn coming home to Capricorn is likely to have us all standing to attention and highly aware of our unpolished shoes.

For the past two and a half years, Saturn has been moving through Sagittarius where our faith has been sorely tested. Saturn restricted some of the Archer’s natural wide range of options and forced us to choose a realistic direction. In the mundane world, we’ve suffered from increasing racism and division between cultures as Saturn, ruler of walls (!) manifested his dark side with an iron fist.

With Saturn now in Capricorn, we will be concerned with old age, pensions and the aging population. Just a few days ago, announcements were made regarding young people being forced to start saving for their pension from age 18. I don’t know about you but at 18, a pension was the last thing on my mind! But with Saturn entering Capricorn, we can no longer ignore the issue.

In the natal chart, the 10th house is connected to public image, reputation, career and status. Globally, employment rates may fall as Saturn makes us aware of the system’s limitations. There could be a system wide slow down which forces us to look very carefully at what’s working and what isn’t. Once Uranus moves into Taurus, it’s possible that we may hear a lot more about how robots and technology are taking over people’s jobs. Still, with Saturn in the sign of his rulership perhaps there will be some improvements in working conditions for those who are in work.

Saturn will also create a sextile to Neptune during this transit where we can make real inroads into creating a compassionate world. Meaningful work will be on all our minds and perhaps more will make the leap to build their own business. We all need to take ourselves and our ambitions more seriously now. Saturn sextile Neptune says if you can dream it, you can build it.

Famous people, presidents, governments and royalty also are connected to the 10th house and Capricorn. There may be some significant losses or changes regarding established figureheads during this period, especially when Saturn, Pluto and the South Node are conjunct and again when Saturn, Pluto and Ceres are conjunct. These mass conjunctions are strong in the chart of the US (opposite Mercury), Queen Elizabeth’s chart (conjunct Ascendant) and they also oppose the Moon in the UK’s chart. Other areas that may be enhanced or helped by this transit is research in bones and bone diseases and advances in dentistry. Perhaps too, there may be a breakthrough with the treatment of Alzheimer’s.

Difficult manifestations of this transit may result in more austerity. Saturn is about bare bones, denial, meagre servings. We may be looking at our system of rules and how those rules are enforced. Rigid adherence to rules, people going by the book without any common (human) sense, rampant conservatism – these are the things that can frustrate under this influence.

Capitalism and the banking system are also looking at potential shifts, especially with Pluto ploughing through Capricorn as well. Those who have abused their powers (Pluto) may find themselves under the long arm of the law. Some may lose assets as restrictions take hold. Old structures fall, and new structures take their place. The patriarchal system is also likely to be tested – something which is already rumbling as Jupiter (currently disposited by Pluto in Capricorn) exposes taboos and secrets endemic in modern society. The battle between the sexes could become more overt with Mother Goddess Ceres involved later. We may need to call upon the wisdom of the past and watch for where history tries to repeat itself.

All of us would do well to retain our sense of humour as this cold, hard reality can feel heavy and forbidding. Still, what is important to remember is that Saturn in Capricorn is epically resilient! It’s tough, but you’re tougher! As the Borg say, ‘resistance is futile’. What you resist persists even more strongly as Saturn moves through Capricorn. Pay attention to what you are building in your mind. The beliefs born from Saturn’s transit through Sagittarius can become the reality.

In our own personal lives, Saturn’s movement shows us where we need to step up, pay attention and get real. Look to which house in your chart has Capricorn on the cusp as this is the part of life that Saturn will be working on. You may have a mountain to climb, an ambition, a need to show who’s boss, a desire to build from the bottom up. You’re likely to be shown where you hold yourself back through the various tests and trials that Saturn inevitably brings, For me for example, Capricorn is my 6th house cusp so I will be pushed to take responsibility for my health, learn more about managing certain conditions (I’m already suffering arthritis – a condition associated with Saturn!) and I will need to put measures in place to protect my health in the long term. On a day to day level, Saturn will expect me to manage myself effectively (I tend to procrastinate!), demonstrate my authority, deal with a large work load and continue to build my ‘empire’ one brick at a time.

Unlike the dreary Daily Mail article pronouncing a terrible Winter Solstice, I think that Saturn’s entry into Capricorn around the solstice is sweet serendipity. As the solar principle goes through a rebirth and we move to the light half of the year, Saturn gifts us with the ability to be real and present with what is. The Sun’s meeting with Saturn reminds us that to succeed in our life’s purpose, to truly SHINE, we must be patient, responsible, accountable and mature. This is about accepting the mission because even the tough parts have their own reward. It’s a rite of passage.

Painting – ‘A Bust of an Old Man’ by Rembrandt