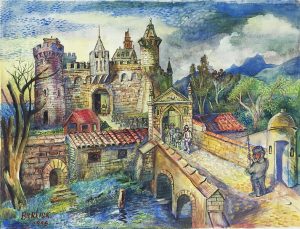 2018 begins with a noticeable lack of the air element. Aside from the Moon’s quick visit to Libra from January 7 – 10, only Juno is placed in an Air sign (Aquarius). When an element is missing or lacking, we tend to go to extremes to try to redress the balance. The element of air is associated with the mental plane. It’s intellectual and conversational. We could either be too detached and unemotional during this period or at the other end of the scale, unable to think things through rationally. This could be a period when it feels like everyone is talking but nothing is happening, or no one is communicating, and everyone feels misunderstood.
Certainly, at the beginning of the year, the Full Moon in Cancer on January 2 suggests emotions are heightened. The Moon is in a flowing grand trine pattern with Jupiter, Mars and Neptune which makes acting on our feelings easy. We must watch however, the wide lunar opposition to Pluto which could appear threatening to the security conscious Cancer Moon. On this date too, Mars is square the Nodes so what we do now carries weight on a spiritual level. How we handle our anger, how we defend and protect ourselves, all these issues are animated by this tense connection.

We also have the element of surprise thrown in to the mix as Uranus stations direct on January 2. Of course, with the sweet Grand Trine in the Full Moon chart, some surprises may be welcome. Still, things can get crazy quickly with Uranus. It may however, be high time we start to make changes we’ve been considering whilst Uranus was retrograde. As Uranus stations direct, there’s an urge towards new horizons, freedom of expression and revolution – especially as Uranus is now marching through the last few degrees of Aries. Look to the house in your chart with Aries on the cusp as well as the house where Uranus is transiting now (they may be the same or different). This represents the part of life that has needed a shake up and/or an upgrade. Courage (Aries) is required to make it happen. Uranus in Aries is all about daring to be different and the station direct is a green light to go ahead.

Mars forms a conjunction to Jupiter on January 7 and a sextile to Pluto on January 8. These aspects trigger the sextile between Jupiter and Pluto which will perfect on January 16. This is the first in a series of three sextiles that promise benefits from deep transformative work. We are also looking at how we can increase (Jupiter) our power (Pluto). Mars conjunct Jupiter aligns deep faith with action. We want to do something that makes our world a better place. Whilst the mighty games of the powers that be play out behind closed doors of governments, we all get a boost that reminds us that we too have power to change things. Pick a belief, a religion, a cause, a country, a charity and find out what you can do to help. In our own personal lives, future developments benefit from a leap of faith to eradicate what no longer works for us.

Also on January 16, Ceres will make the second of three conjunctions to the North Node. Ceres is a Mother Goddess associated with food, crops, feast, famine, loss and nurturing. Collectively this means Mother Earth is taking centre stage in our evolutionary progress. What we do now as far as the planet is concerned has ongoing consequences and karma. We are also reaping the rewards of past karma too. Individually, this is about tapping in to our inner Mother and nurturing our own innate creativity. Note that this aspect will play an important part in the eclipse at the end of the month.

We’re weighed down by gravity at the New Moon on January 17. This Moon takes place in Capricorn making it 6 planets plus Black Moon Lilith in this serious sign. The Moon makes constructive sextiles to Mars and Chiron although a square to Uranus suggests pressure is building. We want the stability of Capricorn, yet we also sense a shake up is required to gain the stability we’re looking for. There’s tension between old and new, progressive ideas and conservative traditions. We’re acutely aware of what has been established and perhaps of the Establishment! With Saturn now in his own kingdom, there’s no getting away from doing the work ahead of us.

Mars trine’s Chiron on January 18 motivating us to build bridges. Chiron’s orbit takes him between Saturn and Uranus, so it is through Chiron we can find ways to bring old and new worlds together. With brave Mars reaching out to renegade Chiron, we may be more prepared to go out on a limb to access healing and alleviate chronic suffering. Part of this process may mean letting go of old contracts and commitments as Juno also is conjunct the South Node on January 18. It’s important to recognise when we have outgrown a situation or a relationship. With Venus finally bringing some air element back into play on this date too, her entry into Aquarius is likely to help us make these kinds of decisions with a friendly detachment and cool compromise. Bear in mind though that Saturn is the co-ruler of Aquarius so there’s no escaping gritty reality.

Mars enters Sagittarius on January 26 which gives us a taste for adventure despite the heavy energies elsewhere. Some may be booking their holidays early as festive celebrations finally give way to the boring rhythm of the nine-to five. Having something to look forward to fires us up and gets us motivated. With this sign associated with belief systems, sometimes there can be antagonism when others don’t share our world view. People can become preachy, fighting to convert everyone else instead of listening. We can become too fervent when we don’t get our own way. Despite the downfalls though, Mars in Sagittarius should at least bring in some flexibility and warmth after a period which may have felt rigid and cold.

Venus conjoins the South Node on January 29 on the Sabian symbol ‘Two Lovebirds Sitting On A Fence And Singing Happily’. This is a delightful symbol which can conjure up images of pure bliss. With the South Node however, we are being asked to let go of naive images of what happiness ‘should’ look like. Remember, with Saturn now in Capricorn, it’s all about what is, not how we wish them to be. It may be time to let go of an old flame, gain closure on an old relationship or simply time to reflect and tune into your heart.

The month ends as eclipse season begins with a lunar eclipse in Leo on January 31. As mentioned above, Ceres takes centre stage as she is tightly conjunct the eclipsed Moon. A lunar eclipse is a time when everything is brought down to earth. What we feel becomes real. There could be high drama over losses. We may be hearing more about famine, food wars, food stamps, food banks, agricultural issues, climate issues and reproductive rights. This eclipse is also opposite Venus, so money and care of the planet are at polar opposites! In our own lives, Ceres reminds us to look for abundance in forms other than money, especially if we’re feeling poor. Look inward to re-connect with a cornucopia of creativity.