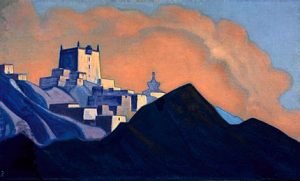 Just 24 hours ago, Carillion, the UK’s second biggest construction firm, went into liquidation. With 1.5bn of debt and a pension shortfall falling into the multi-millions, the company was no longer sustainable. This was a private company used by government for public sector work so its collapse has repercussions across the board.

Saturn, the ruler of Capricorn and this New Moon, rules all things connected to sustainable business practice, the government, authority figures and pensions. It feels very much like Saturn has made his presence felt in no uncertain terms. Saturn defines boundaries and shows us where we overstep the mark. For Carillion, which has been clearly falling into bad management practices, Saturn said ‘enough is enough’. Mercury too is conjunct Black Moon Lilith who is also queen of drawing the line. Her conjunction with Mercury screams ‘No more!’.

In the New Moon chart, the 10th house is full to the brim with the Sun and Moon, Venus, Pluto, Mercury, Saturn and Black Moon Lilith all present here. The Sun and Moon are in a tight conjunction to Venus – ruler of love, relationships, partnerships, equality, values and money. There’s also a wide conjunction to Pluto ruling death, transformation, endings, power, control and underworld riches. Perhaps someone was getting rich from this giant industry and funds went underground. I’m noting too that this New Moon is conjunct Bacchus, the Roman God of excess. Capricorn by its nature is restrained so being ‘cut off’ before taking that next drink (or spending that next million dollars) is apt!

Meanwhile, the trade in fake degrees has also been exposed. After Saturn’s long passage through academic Sagittarius, there’s no way he’ll allow anyone to escape doing the work. 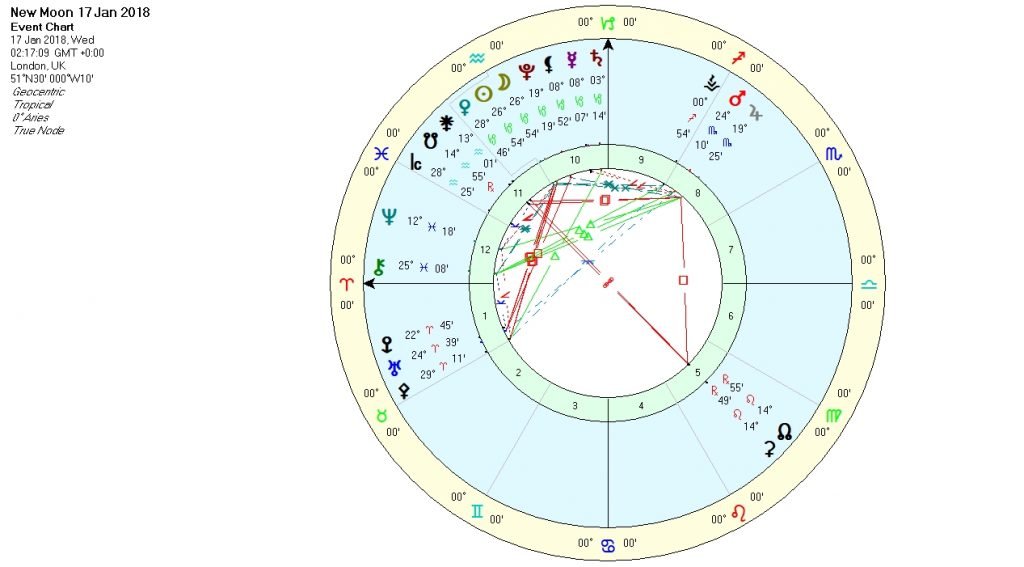 In our own lives, all this Capricorn energy says that we too need to do the work. Capricorn symbolises our greatest achievements. Career and parental responsibilities could be on our minds. The 10th house is where we grow up and meet gritty reality but it’s also where hard work is rewarded.

The New Moon is also square to Uranus so there is tension between what we conserve and what we change (Uranus). There may be is a push to upgrade or to rebel against the rules. We may feel the need to make a pointed comment about our independence, uniqueness or difference.

With increasing dialogue around the treatment of women and racism, we’re already feeling the sharp contrast between the old and new worlds. Practices that have been ingrained into the very fabric of society are finally being called into question and called out. Eris certainly isn’t going to let sleeping dogs lie for a start and Pallas on the last anaretic degree of Aries, suggests we may need to change our strategy. Uranus reminds us that either way, nothing can stay the same forever. Sometimes, we must break old patterns to create the stability we’re looking for.

Pilgrims Climbing The Steep Steps Leading To A Mountain Shrine

This Sabian is very descriptive of the energies at play. It may feel like we’re climbing a mountain but it’s only through making the effort that we can really come to know how strong we are. Hardship has a way of stripping us back to the bare bones. It pushes us to dig deep within to find hidden resources. The New Moon is sextile to brave Mars and also healer Chiron. All this powerful Capricorn energy shows that in a certain part of our lives (shown by where it takes place in our chart), we have the power to overcome anything if we’re determined enough. Uranus will shake what needs to be shaken but the Moon’s conjunction to Venus suggests that what comes from the heart remains. This is a precious moment in history. Don’t waste a minute doubting your abilities or the chance to make your mark.