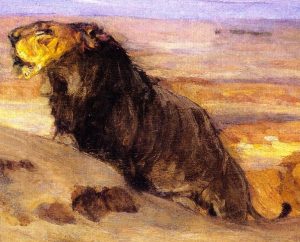 Because this is the second Full Moon in a calendar month, this is considered by modern definition to be a Blue Moon. On January 30, the Moon will be perigee, meaning it is closest to Earth in its orbit so this total lunar eclipse is considered to be a supermoon too. The eclipse will be visible in Central and eastern Asia, Indonesia, New Zealand and most of Australia.

With the Moon in the dramatic, showy sign of Leo, this brings the 5th house of the mundane chart into the foreground. Leo and the 5th house relate to the entertainment industry, children, drama, creativity and self-expression, pastimes and hobbies, pleasure, sports, theatres and society functions.

As the Leo-Aquarius axis is activated by the eclipse, we are also looking at themes around standing out (Leo) versus blending in (Aquarius), the individual (Leo) compared to the group (Aquarius). Our collective and individual identities are being challenged.

As the North Node is passing through the sign of Leo currently, we are in a period of time where we need to pay attention to our inner child. Leo rules the heart and like children, we’re now encouraged to live from our hearts, returning to a place of authentic joy. I’ve been watching the series Black Mirror recently, a show that often focuses on the increasing concern over technological advances (Aquarius). Recently Facebook made a major change to its algorithm to ensure that more personal content from friends and family is shown to return to its original roots as a platform for socialising.

Ceres takes centre stage in this eclipse by being tightly conjoined with the Moon. This is about nurturing our creativity, looking after our inner child. A quincunx from the Moon and Ceres to Neptune asks ‘where have you sacrificed your creative inspiration’? Where have you chosen television or alcohol over self-driven fun? Where did you lose yourself instead of placing yourself at the centre of your world? The quincunx to Neptune is awkward because we’re not comfortable with being the star of the show but it also keeps us humble enough to recognise that everyone is a star in their own right. Whilst at times we might not feel entirely in tune with others, or even ourselves, it’s about giving it a go anyway. Our imagination is unlimited and Ceres holds a cornucopia to represent abundance. The well of inspiration never truly runs dry. It’s only when we starve ourselves of attention that it’s hard to tap.

The Moon’s conjunction to Ceres could also bring up issues that connect to famine, food wars, food stamps, food banks, agricultural issues, the environment, climate issues and reproductive rights. Women in the entertainment industry also star in this eclipse. With Ceres opposite Venus in Aquarius, we’re looking at the conflict between money and Mother Earth, women’s pay, the collective value we place on commodities compared to natural abundance. Ceres can be great loss or great gain.

This Sabian symbol immediately put me in mind of the latest exposé to hit the headlines. The Financial Times published a story about the President’s Club Gala Charity Dinner, revealing the event is still ‘Men Only’ and is rife with sexual harassment towards the women employed to serve there.

Ceres is not going to take this lying down. In Leo she becomes a tigress who is willing to show her teeth if necessary to protect her children. The eclipse suggests that the days of the ‘old boys’ club’ is numbered.

On a personal level, this Sabian raises the idea of enjoyable get-togethers, having fun, relaxation, entertainment. When we allow ourselves time off we can drop the mask and be who we are. There’s no need to pretend, even if Neptune in the background makes us wistful for something more – more soulful, more spiritual. The truth is, sometimes when we let go and enjoy the moment, that is where transcendence is found, hidden in the child-like delight of play. There is gold in the human touch.

Painting – Detail from ‘Lions in the Desert’ by Henry Ossawa Tanner