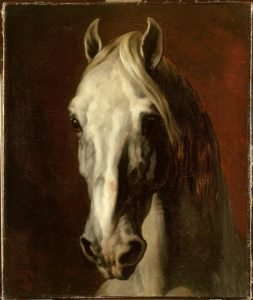 This is a partial eclipse only visible from Antarctica and small parts of Chile and Argentina. It is number 17 in a series of 71 eclipses belonging to Saros 150 which began in 1729.

With the eclipse taking place in the 11th house of the mundane chart, we are looking at issues connecting to groups and networks – humanity as a whole and the way we work as a system. Who are your friends, your tribe, those you call kindred spirits? Which groups are you drawn to, repulsed by? With whom do you feel a sense of belonging? With whom do you feel different?

The sign Aquarius is also about progress. It’s ruled by inventive Uranus, a planet connected to the higher mind, cosmic downloads and genius. In Aquarius we want change, a new paradigm. something different than what came before.

This is a South Node eclipse so although this is a New Moon, we need to see the past from a different perspective before setting new plans in place. Eclipses are intimately connected to the Nodal axis and therefore often have a ‘karmic’ feel to them. Those of us whose charts are touched by an eclipse, often go through an experience or a revelation that re-orientates us towards our soul’s evolutionary path. It might surprise or even shock us initially however, what occurs seems necessary for our soul’s growth. Not every eclipse though makes a big noise in our charts. Sometimes what manifests is a small pointer, a little hint to set us on our way or confirm that we’re moving in the right direction. It can be like a knowing wink and a nod from the cosmos.

Juno is closely conjunct the eclipse so we are being asked to look at the relationship contracts we have – not just with romantic partners but with friends too. We’re also looking at the commitments we have to wider society and the political system. In a country’s chart, the 11th house relates to parliament. Each of us play a part in the group – even those of us who are introverted. What we do in the now ripples out into the future. Juno may also be asking what commitments do you need to make to yourself today to align youself to your long term goals?

Mercury is also closely conjunct the eclipse point so this lunation has a strong cerebral overtone. We’re thinking, we’re talking – we need to talk. There’s new information coming to light – or old information that we never knew was in play. We may hear news or have a conversation that changes the way we see things. An alternative reality emerges. The eclipse’s sextile to chart ruler Uranus also shows that brilliant ideas too may form part of the picture. Some may experience a flash of knowing, a cosmic download that’s like a significant mental software upgrade. There’s a need to be open-minded about what is possible. Life, like Uranus, can be unpredictable, never more so than around eclipses. Make no assumptions about what comes next. Aquarius is associated with having a scientific approach. Experiment, test out ideas. You won’t know until you try.

What we need to watch is the square to Jupiter which can exaggerate and exacerbate. The thrill of new potential in our lives could blind us to the elephant in the room. Also, old beliefs may not fit the new picture that is emerging. It’s easy for the electric impulses coming from this high frequency eclipse to manifest as wired anxiety – a sudden enormous fear of the future or fear of change. For some, Jupiter in passionate, intimate and intense Scorpio may magnify feelings of alienation. Aquarius rules the weird. It breaks the rules and lives on the fringe.

The eclipse is conjunct asteroid Epona – a Gallo-Roman horse Goddess popular in Britain. She is also my matron, given the white horse symbolism 🙂  Epona is associated with fertility and abundance and much like Jupiter she holds great promise. There is so MUCH we are capable of, both individually and collectively. However, Epona is also connected to death as the white horse is often seen as a creature that leads departed souls to the other-worlds. Bound up in the eclipse, we have a story of endings that makes way for new beginnings.

This symbol emphasises the need to prepare now for times to come. The Jupiter square in this chart could allude to the idea of living on a wing and a prayer. Positive thinking is important but we must remember that Aquarius is co-ruled by practical Saturn! Consider, what do you need to do NOW to ensure your well-being in years to come. Saturn is also about to perfect a sextile with Venus just a couple of hours after the eclipse. In times of change, we need stability – an anchor. Saturn’s sextile to Venus anchors us firmly in our hearts. Stay true to your deepest values to manifest your long-term goals.

Sometimes too there must be sacrifices. Aspects of our lives may need to be removed to make way for new growth and to safeguard the future.  As the eclipse’s square to Jupiter in resourceful Scorpio suggests, we all may be exploring the price of freedom and whether we are prepared to bear the cost. Whilst there are no guarantees in life, the return is often greater than the investment.

Painting – ‘The head of white horse’ by Theodore Gericault