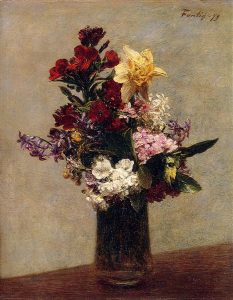 March begins with the Full Moon on March 2. This lunation takes place in the tidy sign of Virgo but as Luna is opposed by a mass of planets in intangible Pisces, everything feels vague, illusive and a little messy. The atmosphere is super sensitive as we have the Sun, Mercury, Venus, Juno, Chiron and Neptune all swimming in Pisces waters. There’s a lot that is surfacing from the great sea of the collective unconscious and the Virgo Moon feels pressured to put it in order. The problem is that sometimes life doesn’t make sense. Sometimes we need to go with the flow or allow for grey areas and subtleties.

Jupiter, co-ruler of Pisces, stations retrograde on March 9 so we take the confusion of the Full Moon within, exploring what we believe and questioning our philosophy. The outer growth of Jupiter’s forward motion must now be matched with inner personal growth to ensure that we’re moving in the right direction. Some might feel deflated as projects and developments slow down and opportunities in the outer world appear to dry up. The trick is to allow time for contemplation. Jupiter sometimes holds us in check to ensure we’re not becoming over-stretched and taking on more than we can handle. Further confirmation of the need to slow down is given by Mercury entering the shadow zone also on March 9.

Perhaps part of what is happening is that we need a different approach to how we are going after our goals. Mars trine Uranus on March 11 is a liberating aspect that boosts confidence in new and progressive initiatives. However, the up-coming square to Chiron on March 14 warns once again that it’s best not to get ahead of ourselves. There’s a strong drive towards independence and desire to break free however it’s offset by a recognition that if we push too fast, we could get hurt. We must explore what it means to be strong and what it means to be weak. Sometimes Mars square to Chiron manifests as being afraid of showing weakness for fear of losing face or potency in the eyes of others. It’s possible that old emotional wounds are triggered too that need quick attention before they fester.

The second in a series of three semi-squares between Jupiter and Saturn occurs on March 14. As our inner warrior (Mars) is slowed by hobbled Chiron, Jupiter too meets a stumbling block. Jupiter is already retreating anyway and maybe this is why – because Saturn advises we need to take our time. As Jupiter is roaming through the catacombs of Hades, there’s a sense that maybe he’s going down a passageway that leads to nowhere. It’s a bit of a dead end but it’s not the end of the world. Semi-squares are irritating but only require a little effort to work around them.

A quincunx from Neptune to the North Node on March 16 asks us to trust in the subtle signals we’re receiving from the universe. We make better headway when we listen to our intuition. The message is reiterated by the New Moon in Pisces on March 17. This New Moon is supported by Chiron and Jupiter, so we’re focused on building bridges and quiet understanding. However, the Moon is also square to Mars, so we still have that drive to jump ahead, to fight, to compete. Some may feel defeated or like they’re giving up. But if we’re willing to go within and allow for silence, profound soul healing can occur.

Mars enters Capricorn also on March 17, so the urgency of Sagittarius gives way to a much more patient vibration. Mars is exalted in Capricorn, so he works well through this sign. Here he is less impetuous, more restrained. We have fortitude and endurance and we’re playing the long game. Mars will spend longer in Capricorn than he does usually as a retrograde later in the year will see him revisit this sign. It emphasises that right now, it’s important to focus on what we want for the long term rather than to apply quick fixes – something Mars square Chiron by the way, is apt to do!

The seasonal wheel continues to turn, and Spring in the Northern Hemisphere begins as the Sun enters fiery first sign Aries on March 20. This is also International Astrology Day and the beginning of the astrological year. The condition of the Aries ingress chart gives us a clue as to the collective themes for the astrological year ahead. With Chiron coming to the end of his journey through Pisces, chronic problems affecting the collective and broken unity form a powerful part of the picture ahead as Chiron is conjunct the Sun although they are in different signs. With the Sun square to Mars in the 10th house, it’s like a collective call saying ‘we’re in pain’, when are the authorities going to do something?!”. Still, the Sun is in a wide trine to Mother Goddess Ceres in the 5th house and also trine to Jupiter in the 8th house. Perhaps then, this collective pain can be transformed. Earth’s children are abundant in creativity.

Mercury stations retrograde on March 23. This retrograde period will take place in Aries. Mercury is introducing a theme that will echo throughout the year – that of a crisis of confidence. Aries is all about fresh fields and new ventures. It has a pioneering spirit. With Mercury retrograde here though, a creative re-think is necessary to get in touch with our true inspiration. Sometimes we start new projects because we’re bored or we think we should, but it isn’t enough to keep the momentum going. Aries is great at beginnings but not so good at getting to the finish line! This Mercury retrograde may feel frustrating however we need to re-connect with our original inspiration and motivation to ensure that we can accomplish our cherished goals.

The month ends on a Blue Moon on March 31, the second Full Moon in the calendar month. We’re now at a dead stop as the Libra Full Moon opposes retrograde Mercury and squares a Mars-Saturn conjunction. It’s a cosmic red light. We need to stop moving to regain our balance.