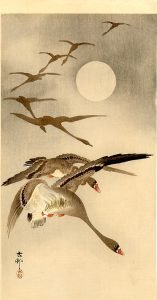 This Mercury retrograde period will take place in the sign of Aries, first of the fire signs. Generally, when Mercury is in Aries, we tend to act first, think later. This is a placement of snap decisions, quick thinking, speedy responses and visionary ideas. We can also be tempted to shoot our mouths off and tell it like it is although the latter at least leaves no room for misunderstanding. Mercury in Aries is certainly straight talking and likes to take the shortest path from A to B, often skipping over essential information on the way. Impulsiveness can sometimes pay off and at other times get us into hot water.

When Mercury retrogrades through Aries then, all this energy is drawn inwards. The point is to slow down, to listen first before speaking, to think before doing. But of course, we might struggle against the slow pace. For some, the ideas that they were so confident about might go off the boil. We could find ourselves second guessing, unusually nervous or lacking inspiration. We could back down instead of speaking up or struggle to clearly define goals. It’s also worth noting that Mercury’s shadow period begins on the same day that Jupiter stations retrograde. Faith is lacking, and progress stalled. Aries, as first of the signs relates to seeding, springtime and beginnings. Mercury’s retrograde through this sign suggests that some of the seeds we’re about to plant might not bear fruit or perhaps they will become unwieldy and take over other areas of our lives.

So it’s time for a re-think.

At the station retrograde, Mercury is on the Sabian symbol :-

Silence may be exactly what is needed as we move into the retrograde period. Normally Mercury in Aries is noisy but now the volume is turned down. We need to get comfortable with silence. All too often, people get into the habit of talking to fill the gap because silence can be scary. Beneath silence is the real conversation which goes beyond words. Silence can be the dignified response. Silence can be deafening.

For some, the flip side may be true. If silence and non-communication has been a problem, this station retrograde of Mercury may raise that issue to the nth degree. It’s possible that old arguments could resurface manifesting with stony silences!

Mercury trine to the North Node on March 30 however gives us a clue that whatever is happening now has the ability to open the way ahead. This is part of our evolutionary journey. If we’re quiet, we can hear the call of our soul as it whispers ‘this way’ as well as hear what is unspoken between us.

It’s interesting that the inferior conjunction of the Sun and Mercury occurs on April Fool’s Day (April 1). On this day, it is traditional to tell tall stories and play elaborate tricks. However, with Mercury retrograde, it’s possible that ‘fake news’ could spread like wild-fire.

When Mercury meets the Sun, it is like Mercury is sitting on the throne of the golden God, receiving wisdom direct from source. During this period, we may be flooded with ideas as the mind is illuminated.

The Sabian symbol of the Mercury-Sun conjunction is :-

The question is, are we on a wild goose chase? Are we following a leader blindly or are we working together for a common aim? Which direction are we traveling in? As the birds fly in formation at the same time each year due to seasonal migration patterns, this symbol also speaks of cosmic order and how there is a time for everything.

Friction is most evident during the middle of this retrograde period when Mercury aspects the lingering Mars-Saturn conjunction in Capricorn. A Mercurial square to Mars on April 4 is followed by a square to Saturn on April 5. Arguments could erupt around this period due to increased frustration with the slow pace, especially as Mars is the current dispositor of Mercury.

Mars conjunct Saturn is like driving with the brakes on. We could feel frustrated that others don’t support our ideas. Decisions could seem unworkable. Actions could be delayed. Communication aggressive, denied or both. These are ‘slam the door in your face’ aspects that shut down the possibility of finding workable solutions. Everyone needs to take a breather and stop revving the engine. Much of the frustration that occurs during this time is because we want things to happen faster than they are. The best way to navigate this stormy period is to practice patience. As they say, if it’s worth having, it’s worth waiting for. In the event of communication breakdown, accountability, responsibility and a willingness to listen will go a long way towards dispelling verbal spats and encouraging a mature dialogue.

We are mentally clearer on April 9 when Mercury moves into a trine with motherly Ceres. We need to speak to ourselves and each other with tenderness. This is about nurturing ideas. A follow up sextile to Pallas on April 10 generates new strategies to deal with obstacles and blocks.

Mercury stations direct on April 15 on the Sabian symbol :-

I’m struck that we have two symbols containing a reference to triangles. Considering the first Sabian symbol with the two old ladies, I’m thinking that for some, this Mercury retrograde period may be about ‘two’s company, three’s a crowd’!

Still, this symbol talks of elevation and ascension. Once this Mercury retrograde is over, we will be strengthened by having a higher perspective. We must rise above petty grievances and have the courage to communicate with clarity and expanded awareness. Collectively there may be some angry confrontations but there is also strength in numbers. Where there are important issues close to our heart, we cannot remain silent. It’s time to rise up and lead the way to a higher vision.

If you’re interested in reading more about the retrograde, you might find these two older blog posts helpful: –

Mercury Retrograde Through the Houses