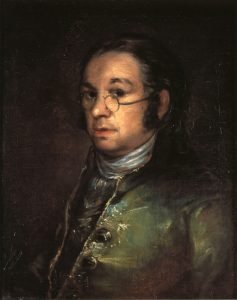 With the Moon in the airy, partnership-orientated sign of Libra, there is an emotional need to feel connected. This polite, socially conscious Moon naturally wants everyone to get along, but we’re challenged by personal desires and interests, symbolised by the Sun in independent Aries. The Sun is also conjunct retrograde Mercury so there are questions over how much we compromise our own goals for the sake of others.  There are decisions to be made but uncertainty or a lack of clarity could come across as being passive aggressive or deliberately provoking.

The normal velvet glove approach of Libra could hide an iron fist as the Moon and Sun square both Mars and Saturn in Capricorn. There are hard edges that we can’t get away from in this picture. Responsible (Saturn) action (Mars) is required however we could be fighting over the rules, angry at the boss or frustrated at being told no when we think it should be yes. Mars can work well in Capricorn as he is exalted in this sign. Working at its best this Mars-Saturn conjunction can give us strong discipline, sustained energy and the ability to formulate long term goals. But sometimes this duo is too rigid, too hard, too defensive. We need to find ways to break down each other’s defences without breaking each other.

The Moon is conjunct Asteroid Atlantis (#1198). In the myths, Atlantis was sunk by the Gods when this highly enlightened society eventually lost its way and became greedy. During this lunation then, we may have that ‘sinking feeling’ when faced with those who seem morally bankrupt. The Libra Moon is strongly concerned with equality, fairness and justice so a perceived lack in these areas could press our buttons. Narcissus (#37117) is conjunct the Sun too, making us feel like some are simply out for themselves and only concerned with their own interests. Eurydike (#75) is also conjunct the Moon which adds an uneasy mistrust which can damage relations in the long run.

The one positive aspect from the Moon is a sextile to the North Node therefore this is what we can use as a stress buster. This aspect shows that despite all the tension, anger, frustration and lack of harmony around us, this is an opportunity for evolution. We can look at how we deal with conflict in a responsible way. How can we own our anger? How do we challenge rules or authority we don’t agree with in an effective way without losing our heads? How do we communicate disagreement without damming the other person? With the North Node in royal Leo, it’s about honouring each person’s inner sovereign and divine spark.

Libra’s ruler Venus has just entered home sign Taurus. Her wide trine to Mars suggests that compromise can be found by focusing on practicalities and valuing each other. As Taurus is concerned with the basics, we need to concentrate on what is most important for the time being rather than complicating matters. As Venus is still in a conjunction to Uranus, we have the inspiration for change bolstering us, but we need to move slowly (Taurus).

The Moon is on the Sabian symbol: –

A Professor Peering Over His Glasses At His Students

This symbol suggests that academic knowledge cannot replace real life experience. It’s all about how we look at one another. People don’t always go ‘by the book’. Life does not always manifest like the story. We cannot assume who others are just from what we have been told. What we see in others is filtered through the lens of our own beliefs and fears and the teachings we have absorbed from our parents, caregivers and society. To form real bonds that have real integrity, we must be willing to challenge whether what we see is the reality or a projection.

Painting – ‘Self portrait with spectacles’ by Francisco Goya