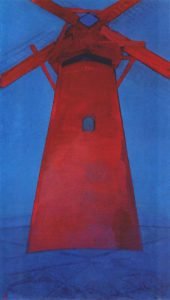 April begins on a stiff note with Mars conjunct Saturn on April 2. Mars is fiery, hot and fast whereas Saturn is earthy, cold and slow. When Mars runs into Saturn, there is no option other than to slow down and consider a more methodical approach to achieving our goals. The more patient we are, the stronger we can become. Playing the long game takes courage and persistence, both offered by this aspect. The theme echoes into the Last Quarter Moon on April 8 when the Capricorn Moon conjunct Pluto squares the Sun in Aries. The need to pace ourselves becomes intense. As we enter the last test of this lunar cycle, we feel the urgent insistence of the Sun in Aries to spring into new challenges and start new projects. But first, we must finish what we started, tie up loose ends, accomplish what we set out to do. A Mars in Capricorn quincunx to the North Node on April 9 illustrates the need to use the tools we have at our disposal to create and express ourselves. We may feel hampered or limited by what we have but the quincunx to the North Node suggests that we must get out of our own way. Any perceived limitation can be turned into a trigger for creative play.

April 14 is a high point in the month with the second of Jupiter’s sextiles to Pluto. This aspect invites us to eliminate (Pluto) whatever is in the way of our growth (Jupiter). Our power increases under this dynamic duo but only if we do the work of facing our fears. Big transformation is possible especially if we’re willing to reveal the truth of ourselves. The more we understand of our deepest complexes, the more we walk the hidden corridors of our deepest psyche, the greater our potential to evolve into a more empowered version of ourselves.

This potent aspect is helped along by Mars sextile Neptune, also occurring on April 14. We’re encouraged to act on our intuition. Under cosmic Neptune’s tutoring, Mars becomes a spiritual warrior. The way we achieve our goals is through allowing our imagination to inform our direction. The natural competitiveness of Mars is mediated by peaceful Neptune too, so we can afford to relax a little. Under this aspect, we want everyone to be a winner.
Mercury stations direct of April 15. Although we won’t be out of the shadow zone until May 3rd, there is still some forward momentum evident. Problems arising during the Mercury retrograde period such as conflicts, difficulties with communication, computer issues and misplaced items are often resolved around the station period. Still, it’s best we take our time before ploughing full steam ahead although with Mercury in hot blooded Aries, that might prove challenging!

The New Moon in Aries on April 16 is vibrant with a conjunction to electric Uranus, but sparks could fly as the Moon also widely squares Pluto. Mars however is still sextile to Neptune as well as trine to Venus, so there is potential for this lunation to trigger passionate feelings and amorous encounters. As long as we aren’t too forceful about what we want, this could kick start projects and relationships into life.

The months major transit is Chiron’s entry into Aries on April 17. I will be writing more about this in the near future, especially as my own Chiron is at 1 Aries so I will be experiencing my Chiron return this year! Chiron in Aries brings the wounded healer over the horizon of the collective chart and therefore up close and personal. What we see now is filtered through the lens of Chiron. It’s likely that some of the brash revolutionary energy of Uranus begins to quickly dissipate as Chiron arrives. Themes that will arise during this transit are wounds connected to our bravery, confidence and assertiveness. I imagine the gun issue will become even more pressing as Aries (and Mars) rules firearms. Our sensitivity is greater but so is our touchiness. Chiron in Aries can be quick to react to pain but also quick to hit out when hurt. Over time, Chiron’s passage through Aries will offer us the opportunity to heal aggressive urges, alleviate suffering caused by fierce competition and address where conflicts are hurting us all. But we may need to face up to fragile new growth and weakened confidence in the process.

Saturn begins his yearly retrograde on April 18, stationing in home sign Capricorn. Saturn represents long term projects, commitment, responsibility and accountability. It’s Saturn who helps us to mature, build and manifest in our lives. At the station retrograde, this energy becomes internalised and, as with every retrograde, we enter a time of review. Do we continue our commitment or wind up the project/relationship? Do we feel we have solid foundations or are we working on shaky ground? Saturn retrograde will give us an opportunity to reassess to ensure that we are aligned to our authentic selves so that we can realise our greatest accomplishments. Once the Sun enters Taurus on April 20, we will naturally be attentive to practical matters although resistance is possible under this stubborn sign.

The Earth signs are still under the spotlight with Pluto stationing retrograde in Capricorn on April 22. Now along with the restructuring of Saturn retrograde we are exploring what needs to be released with Pluto retrograde. Pluto signifies issues connected to power and control, fear, psychological complexes and endings. Without death there can be no life. Pluto’s retrograde forces us to eliminate that which has grown old and irrelevant in our lives. He pushes us to find closure and confront fears that have kept us from standing in our true power.

We also have the First Quarter Moon in Leo on April 22. The Moon in Leo is playful, but the Sun in Taurus can bring up issues of insecurity that compromise our creativity. Both Leo and Taurus are fixed signs so given Pluto’s obsessive tendencies, this tense first chapter of the lunar cycle could also manifest as fixating on what we want to the exclusion of all else. If we’re willing to let go of any need to control (Pluto), this becomes fertile ground for fun exploration of our self-expression.

Mars is sextile to Jupiter on April 24 which promises big results if we’re brave enough to go after what we want. Sometimes we must act first and trust that lady luck will carry us. Faith is the key to getting the result we desire.

The month ends on a powerful note as Mars then conjoins Pluto on April 26. This formidable combination can be just the incentive we need to blast through work and galvanise us into action. However, the shadow side to this combination is that it can incite violence. There’s an overwhelming desire to win at all costs, to refuse to appear vulnerable and to dominate rather than lead. The greater the fear, the greater the potential for impulsive and destructive moves.

The joined forces of Mars and Pluto remain in play at the Scorpio Full Moon on April 30. Emotional extremes are possible as we navigate this heady energy. The Moon however is tightly sextile to Saturn which adds some self-restraint and careful management. If we can keep our heads in the midst of conflict, we can more clearly see where change is necessary to return us to stability.