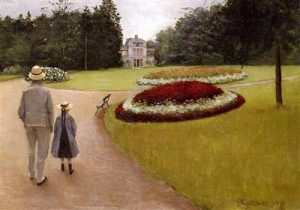 Taurus…It’s all about stopping to smell the roses, comfort and security, sensual pleasure and enjoying the good life. Work hard, play hard could be this sign’s motto. With a powerful practical streak, Taurus prefers a safe, well-trodden path and no surprises. Oh Taurus, are you in for a shock!

If you’re Taurus and about to panic at the above sentence, please let me reassure you. My Sun is at 0 degrees of Taurus and therefore Uranus is just about to hit my Sun. And this energy is WILD, much like this chart. If you feel a thrum of fear threading through your veins, just remember that it’s adrenaline, present also when we’re in a state of pure excitement. It’s all about how you interpret it. Be scared or get excited, either way Uranus is entering Taurus just four hours after this New Moon. Then for the next few months until November, we will get a preview of how Uranus is going to revolutionise and upgrade our money, food, agriculture, security and values. On all fronts, we will be breaking new ground. What challenges us is that Taurus just doesn’t like change and therein lies the problem. Many of us will want to stick our hooves into the mud and not budge. But budge we must.

There is immense anticipation in this chart with Uranus on the absolute final degree of Aries and Mars, ruler of Aries, also anaretic at 29 degrees of Capricorn. Mars and Uranus will perfect a square, the second in a series of three, on May 16. These two anaretic planets are like sparks leaping from live wires. There’s the potential to jump the gun, or the gate, whichever analogy works! Any hard aspect between Mars and Uranus is restless. We want to be free NOW. But at the same time, with the Taurus influence we don’t want to feel rushed and we don’t want to lose what makes us feel safe and secure.

Both Mars and Pluto form trines to the New Moon. This could be helpful as we have power, will, drive, motivation and passion at our disposal. But trines too can be slippery. There’s nothing to stop this energy careering out of control. With Mars anaretic and square to Uranus, there’s more than a hint of ‘red rag to a bull’ scenario, so we need to stay aware and conscious of our triggers.

Still, with all this muscle in the chart, it’s like the cosmos is saying, you’re stronger than you think you are. Projects begun now can be accomplished with sheer determination however we need to stay calm and vigilant. With Uranus about to fall into Taurus, what we currently accept as solid ground and absolute certainty is liable to change very quickly.

Venus, the ruler of this lunation, is currently transiting Gemini in the global 3rd house. Venus is not only out of bounds but she’s also unaspected to any of the other major planets, so her influence is difficult to catch hold of and unpredictable. As we know, Taurus likes predictable patterns, so we could be caught off guard with both this and the Mars-Uranus story. Venus in Gemini and the 3rd global house suggests that we need to learn to appreciate different viewpoints. This could help us to keep a cool head (Venus conjunct mediator Pallas). However, with Venus so disconnected, it’s like we know this intellectually, but we can’t feel it at heart level.

We need space, room to move, a place to just breathe and be. Uranus too tends also to prefer to keep his distance. When we plant seedlings, at some point we must re-pot them all, giving each their own space to thrive. This Moon then is suggesting that we need to give each other space to flourish.

The Vast Public Park also brings up images of sanitised nature. The grass is cut, the flower beds are weeded, the trees are pruned. We’re in nature but it is ‘safe’ nature. A park, like a garden, is controlled. Perhaps this Moon then will bring up issues connected to how humans and nature interact. How we respond to our own animal instincts is also being questioned.

Last weekend was a bank holiday in the UK and for once, we had brilliant sunshine and warm temperatures which brought many people to beaches, parks and beauty spots. These wonderful scenes however were spoiled by the horrendous headlines that showed the amount of litter left in these beautiful environments after the fun was over.

It seems to be powerful synchronicity that this occurred just as we were coming up to this New Moon on this Sabian symbol. It’s a sad illustration that Uranus is going to have his work cut out for him as he begins to change our attitudes towards the natural world. And change they must before it’s too late.

Asteroids DNA (#555550) and Storm (#12182) are conjunct the New Moon in Taurus. It feels like a disturbance in our cells. It’s like encoded genes, releasing new information. This is a tempest at quantum level. We can’t see it yet, but we can feel it. It’s priming us to accept change as a constant.

Right now, it might feel like a walk in the park but something wild is about to take root in the garden and it’s likely to look different to anything we’ve seen before.