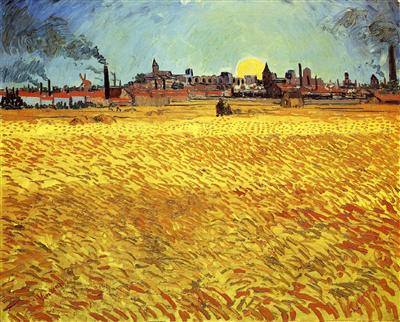 June begins with a muddled Last Quarter Moon in Pisces on June 6. The Moon is conjunct Neptune and square the Sun and Mercury in Gemini. It may be difficult to gather the right information around this time and it’s possible some could feel misinformed or mislead. The best thing we can do is to sleep on it before making a decision. Intuitively, we probably know the answer we’re looking for but doubts have a habit of creeping in, mixing up the message. In sleep however, dreams can bypass consciousness, allowing us to see what has been hidden before.

Mars is feeling a little tired as he meets with the karmic South Node on June 8. This is the first in a series of three conjunctions due to the up-coming Mars retrograde period. Mars conjunct the South Node in Aquarius is like returning to an old argument with a friend, digging at old wounds. Often when this placement occurs, old anger can return unexpectedly, and we need to find a way to vent without taking it out on others. Unfinished business that has held us back may come up for review – particularly those issues that have a Mars quality about them. Old passions, goals, desires, quarrels and actions have consequences and now will be the time to bravely confront them. Maybe we have to let go of something we’ve been fighting for but it isn’t a defeat. Letting go means we’re ready to evolve and move towards new challenges.

The theme of stopping to deal with old suffering that has limited us is raised by T-squares formed with the Saturn-Chiron square that we’re revisiting from last year. Aspects from Mercury then the Sun mean that from June 12 through to the end of the month, there is a general background tension. Chronic conditions demand resolution or recognition. Whilst not every problem can be cured, there are perhaps better ways of handling difficulties. New ideas will be illuminated. We don’t have to fix everything.

We could still feel confused however as the New Moon in Gemini on June 13 squares Neptune in Pisces. It’s still a struggle between head and heart, mind and intuition. New ideas could be muddied by idealism, making our decision-making process all the more difficult. Uranus semi-square Neptune on June 16 may help to create a connection between the higher mind and the imagination although it’s still uneasy. We may find it easier when Neptune stations retrograde on June 19 as this lifts the veil to reveal where we’ve been mislead by fantasies. Between June 17 – 23 in particular, a background grand trine with Mercury, Jupiter and Neptune suggests that the more we focus on what makes life meaningful, the easier it is to clear mental fog. Big ideas could come out of nowhere. Quiet conversations could bring compassionate understanding.

On June 20, a First Quarter Moon in Virgo occurs as both the Moon and Sun get ready to leave their respective signs. With both lights on anaretic degrees, we may feel as though we’re at a critical turning point. Emotionally we may favour getting on with the job (Virgo) rather than more talk (Gemini) however part of us may feel like a crucial piece of information is missing or we feel undecided about how to proceed. Instead of getting into analysis paralysis, it’s best to dive in and start small, whatever the task or project.

The Sun’s entry into Cancer on June 21 marks the summer solstice in the Northern hemisphere. Once more the season turns as the Sun reaches the height of its power. After this day, we move into the dark half of the year as daylight hours gradually decrease and night hours increase. Make time if you can, to watch the dawn and honour the Sun as the giver of life and light. As the Sun moves into Cancer, our focus now turns to matters of home and family. We may feel more sensitive to issues connected to security. Even though it’s the height of summer, the sofa and our own four walls calls us back to the nest. Sometimes work and career issues take a backseat as we focus more on what is going on in our private world.

On June 23, Venus will pass over the degree of the eclipse that occurred on Jan 31, 2018. It’s possible that issues from around that time are raised. Venus however tends to search for compromise and balance. Even if publicly we felt bruised, Venus kisses it better.

The theme of revisiting the past is accentuated by Mars stationing retrograde on June 26. I will be writing a post on this separately but for now, generally speaking, this retrograde moves us into a period where it is important to think before we act. It’s time to reconsider our goals, motivations and resolve old conflicts. Sometimes this period also exposes weaknesses so that we are more aware of our vulnerabilities. We can also discover strengths that we didn’t know we had or that we forgot we had. Whilst Mars retrograde can trigger frustration from a slow pace and lack of energy, we’re given an opportunity to iron out difficulties that sap our strength. With Mars stationing retrograde initially in Aquarius, it’s possible that group dynamics could be a source of tension at the beginning of this transit.

The month ends on a heavy note with the Full Moon in Capricorn conjunct Saturn on June 28. This once again reforms a T-square with the Moon, Sun, Saturn and Chiron. The Wounded Healer is at the apex. Chiron presses us to take action to heal our suffering but the Moon’s conjunction to Saturn feels like the weight of the world is on our shoulders. However, the Moon is supported by a trine to Uranus, fresh from his ingress into Taurus. Change may feel a lot more appealing than trying to maintain our position, even if it involves actions that feel painful or leave us feeling vulnerable. Zany Uranus may also help us to take ourselves just a little less seriously. Given that Mars is retrograde however, Saturn’s conjunction to this lunation is likely to make it feel like we’re moving in slow motion. Nothing can happen quickly. Take your time to consider your options.