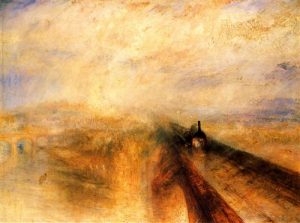 Gemini is an air sign associated with curiosity, cleverness and communication. The prime function of the sign of the Twins is to make a connection. Under the influence of Gemini, we gather information and stories, learn, put two and two together…and sometimes come up with 5, just like in George Orwell’s 1984. For those who haven’t read the novel, in the book, one of the main threads of the story consist of the idea that if the State tells you that two plus two equals five, then that is the truth! I notice Mercury, ruler of Gemini in this chart opposing Saturn (the authority – a.k.a. Big Brother).

So straight away we can see that there is something, some knowledge, information or story that is perhaps being withheld. Mercury opposite Saturn says ‘No’. It’s silence when you want an answer. Hard words when you want comfort – note Mercury is in mothering Cancer. Mercury is also square Chiron creating a tense T-square pattern. Words hurt. Topics of conversation are painful. Mental suffering. Venus too is anaretic in Cancer on the 29th degree so we also have a sense of deep insecurity at heart level.

The closest aspect to this New Moon is a sesquiquadrate to Mars. Mars has recently made his first conjunction to the South Node. There will be a series of three due to the upcoming retrograde. Mars conjunct the South Node talks of feeling drained, losing the fight, losing the will, surrender, out of allies. Note too that Mars is the dispositor of Chiron, the Wounded Healer, currently in the sign of Aries. In my talk on Chiron’s transit through Aries, I mentioned that one of the themes of this transit could be connected to the idea of the ‘right to life itself’ – and whether we feel worthy of even being alive. In the past two weeks, there have been three prominent suicides reported in the news – Kate Spade, Anthony Bourdain and the sister of Queen Maxima of the Netherlands. It has generated a flood of conversation and opinion. Accompanying this, we have studies saying that suicide is on the rise in America.

So, we’re talking (Gemini) about acts of giving up (Mars conjunct the South Node). We’re trying to imagine walking in another’s shoes and sometimes coming up empty (the Moon is square Neptune in the 12th house). There’s a wave of compassion yet it’s also at odds with what we think. Or, maybe we just don’t know what to say because the sesquiquadrate to Mars is afraid of causing more harm than good. For many, it’s a trigger subject (Mars), that they want to escape from (Neptune). For others, such as myself, it’s an opportunity to say yes, I tried, I survived, and I lived to tell the tale. Mercury opposite Saturn can also represent holding back, being afraid to speak and be heard – even being afraid to listen. But talk we must and listen we must because the pointed, poignant square to Neptune says none of us are really alone, even when we think we are.

Beyond the difficult subject of suicide, this is a messy period where sometimes we don’t know what to think. The Moon’s sextile to Juno in Aries invites us to commit to a course of action but to come to a conclusion, Neptune says we need to use our intuition as well as our rational. We need silence to think as well as space to speak. Perhaps it is one of those times when there are no straight answers. All we can do then is to keep a dialogue open and keep questioning, keep learning.

Asteroid Chaos (#19521) is conjunct the New Moon, capturing the mood of the moment. Conversations now may not go the way we anticipated. Topics veer from the original intent. Mentally we could simply feel all over the place. Asteroid Kalypso (#53) is also conjunct the Moon and Chaos. Etymologically, the name Kalypso comes from “to cover”, “to conceal”, “to hide”, or “to deceive’. She is connected to the concealment of knowledge. So maybe part of the problem is that important information is missing, or we’re terrified to tell the truth. Maybe we simply don’t trust what we’re hearing. Chaos ensues when we try to hide the truth but stars are born when the truth Is told.

I’m also going to note that asteroid HumptyDumpty (#17627) is conjunct this New Moon as well. This may be interesting given that Trump and Kim Jong Un are meeting in the build up to the New Moon! For all of us, Humpty Dumpty may mean we feel like we’re treading on eggshells.

The Sabian symbol of this New Moon is :-

Three Fledglings In A Nest High In A Tree

Things feel precarious. We could feel detached, too far away to really understand what is happening. We could feel exposed and vulnerable. Here are the eggshells, broken open.

Yet this symbol also offers a different angle. Right now, we’re not quite ready to fly the nest, especially as the Moon is sextile mama bird Ceres. Whatever ideas or decisions are in the air, a test flight may be necessary before making the final call. Take your time to figure out which way the wind is blowing before making your next move. More information is needed.