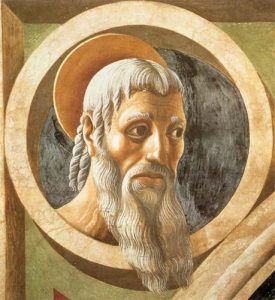 There’s very little air in this chart – only Mars, now retrograde, conjunct the South Node in Aquarius. Outside, where I live, the atmosphere is sultry as we’re in the middle of a heatwave, and it stinks of the raging wildfire that is happening 10 miles away on Saddleworth Moor. The firemen are fighting a losing battle and may need to call in the military to assist. It’s been said it’s the worst fire there in living memory. These are all Mars events.

Meanwhile, a wasp’s nest on my balcony has chased me away from relaxing in the Sun and back to my desk. Someone (you know who you are, thank you!) told me that there is an asteroid named Vespa #6062 (Portuguese for wasp!) and this currently sits conjunct the South Node at 7 degrees Aquarius – one degree away from my natal Moon I might add! The wasps have now been dealt with but still, the symbolism is extraordinary.

Sometimes, despite the lack of air, despite feeling like everything stings or is too hot to handle or feeling burned out, we must hitch up our trousers and carry on. And that is exactly the message of the Full Moon conjunct disciplined Saturn.

The Full Moon is in the Saturn ruled sign of Capricorn, so we have a double dose of this wise, hardy, dutiful energy. With the opposing Sun in Cancer, part of us wants to close the front door, create a pillow fort and make the world out there go away. Life could hurt during this time because the Moon-Saturn opposition to the Sun also squares pained Chiron in Aries, creating a T-square pattern. Somehow, despite any suffering, we need to stay motivated and active (Aries qualities).

Hard work now can help us to stave off feelings of insecurity and offer a sense of accomplishment. Even if Chiron whispers in our ear that it isn’t enough, that we could do more, doing something is better than doing nothing. 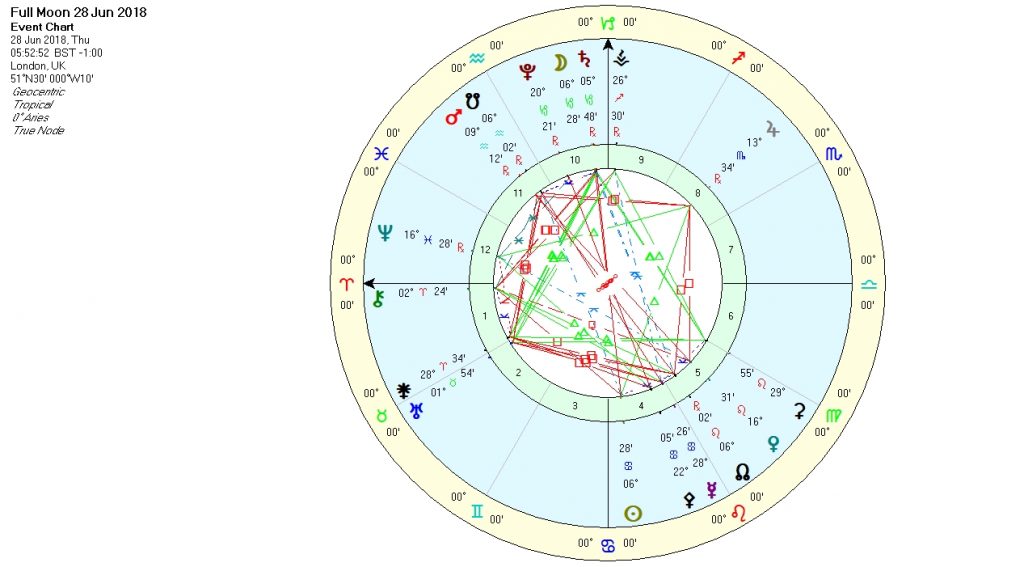 Besides, the Moon and Saturn are both trine to Uranus, still spinning on the first degree of practical Taurus. It enables us to see that even though it’s hard work, we’re breaking new ground. We’re digging up new treasures and creating foundations for future plantations.

Sometimes, with the Sun opposing gloomy Saturn, it feels like we’re slogging away under a cloudy sky. When we look to the future (Uranus), Saturn’s heavy presence grumbles that it looks like rain. But the land needs rain as well as sunshine. If the season of your life is not to your liking, if it’s cold, dark, damp, drizzly – consider how this could benefit the next stage.

At worst, the Moon’s conjunction to Saturn can feel like we’re denied what we need. Emotional walls build when we feel unhappy, depressed, despondent. Some are feeling on their guard, afraid of being hurt with Chiron’s involvement. Yet at the same time, Saturn isn’t going to let us give up – especially with the trine to Uranus. Change is possible. Change is imminent. All it takes is time.

The Moon is in a tight quincunx to the North Node suggesting that with some adjustments, there is progress to be made. We just have to get out of our own way, stop holding back, stop limiting ourselves.

A Veiled Prophet Speaks, Seized By The Power Of A God

The challenge for us is whether we believe the prophet? Do we believe the message when we hear it? Saturn could represent the voice of authority, the rules, the structure we live by. Generally, the rules are there to keep us safe – something that the Sun in Cancer would like to feel. But maybe we don’t feel safe. With the prophet veiled, we can’t see who we’re really dealing with. Is it God or is it the Devil? With Saturn close by, we might err towards the latter.

With the emphasis on gritty reality, the voice of Spirit can be hard to trust. Saturn wants concrete evidence. There’s a natural scepticism to both Saturn and Capricorn. Somehow, we need to get past the wall of doubt within, to hear the voice of reason. The more stuck we feel, the more we sit in denial, the harder it is to manifest what we want in our lives. Sometimes life is hard work but with trust in a higher power and a willingness to be accountable, we can birth a new reality.