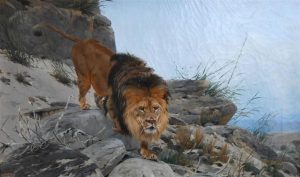 On July 4, we see the beginning of a short T-square pattern between Mercury opposite Mars with both square to Jupiter. This pattern will remain in play until July 8. Mercury is now travelling with the North Node so there are conversations, meetings, thoughts and ideas that can take us forwards. It’s important for us to reach out and connect. The challenge is that we’re also sensitive to seeming weak. Some may be caught up in old conflicts and others releasing old goals. This comes from Mars, travelling with the South Node.

To complicate matters, we also have Black Moon Lilith conjunct Mars and the South Node for the duration of this T-square, throwing in a feeling of being haunted by the past. Black Moon Lilith can be bitterly angry and self-sabotaging when rage isn’t properly addressed. At the same time however, her presence shows we have raw creative potential which we can use as a spring board to release old patterns and relationships that no longer work for us. Mercury opposite Mars can sometimes manifest as arguments as we thrash out differences of opinion. Add in Jupiter and we have disputes that push us to change our beliefs. We need to look to where fear may be informing our judgement. Jupiter however is also in a Grand Trine with the Sun in Cancer and Neptune in Pisces. Compassion and the power of forgiveness can pull us together like family.

Chiron stations retrograde on July 5. He will remain in retrograde motion until December 9. During this time, we need to address old wounds, particularly those that are connected with motivation, passion and strength. If we leave old hurts to fester, it saps energy and undermines everything that we try to do. It’s worth noting that with Mars conjunct the South Node also at the beginning of this retrograde period, we have a reiterated story of strength versus weakness, passion versus apathy.

On July 7, Mercury will pass over the degree where the lunar eclipse of January 31 occurred. We may feel as though we have new insight into problems or events that happened around that time. Mercury however also enters the shadow zone of his upcoming retrograde period on the same day, so we need to be mindful of rushing to conclusions.

Jupiter stations direct in Scorpio on July 10, completing his retreat through the underworld. Opportunities for growth begin to emerge and we’re now better prepared to take advantage of them. Jupiter in Scorpio also shows us that abundance comes from sharing the resources we have. The more open and honest we are with each other, the deeper and more profound the connection.

Venus also enters Virgo on July 10. Under this influence we love to be of service and offer a helping hand. Whilst we may be less demonstrative of our affections in this unassuming sign, paying attention to the little things creates a feeling of mutual appreciation. Running an errand, doing the washing up, buying a small but thoughtful gift – all these things can express love in meaningful ways. The shadow side of this transit however can mean that we pick fault more easily because we’re more conscious of details. We can become more critical of others and more conscious of our own personal flaws. It’s like fiddling with a thread on a knitted jumper – pick too hard at it and the entire piece will unravel. If self -esteem is low, we need to look to positive ways to improve our circumstances and fix problems that are worth fixing. Although Venus is associated with pleasure, Venus in hardworking Virgo is less inclined to kick back and relax. We tend to feel better when we’re being productive. Use this time to tidy your study, organise your accounts and chuck out the old brushes in your make-up bag. There’s satisfaction in working hard for rewards.

July 13 sees the beginning of eclipse season with a stormy solar eclipse in Cancer directly opposite Pluto. Cancer is a sign that is associated with family, home and security so the opposition to dominating Pluto could feel like we’re under threat or over-ruled. However, the eclipse is part of the Grand Trine I mentioned earlier with Jupiter and Neptune. With faith and trust we can learn to find peace with those aspects of life that we cannot control.

On July 16 we have the twentieth in the series of twenty-six (!) semi-sextiles between Chiron and Uranus. This aspect began in January 2009 and will continue until May 2021. Semi-sextiles are neighbourly and inviting with one planet extending a helping hand to the other. In this case, as Uranus is further along in the zodiac, it is Uranus who reaches back to aid Chiron. In the June-July 2018 edition of The Mountain Astrologer Magazine, I wrote “What we now view as precious must change to sustain new developments [Uranus in Taurus]. A focus on innovation can help us to create a bridge to the new world order. Liberating Uranus may make us aware that there is a price for our freedom, but Chiron in Aries is willing to pay. He knows that, in any conflict, there will be bumps and bruises. With such a large number of semi-sextiles occurring, this aspect is rather like Shaolin monks repeatedly training themselves to uproot a tree with their bare arms. Eventually, they are not only strong enough to succeed in the endeavour, but they sustain no injury in doing so.”

So even with this aspect, we are continuing one of July’s repeating themes which is knowing our true strength and taking charge of our lives.

We have another T-square in play from July 19 until the end of the month. This time the players are the Sun opposing Mars and square Uranus. The Sun opposite Mars can mean some of us feel like others are deliberately getting in our way and acting against our best interests. There’s a wilfulness to these aspects. We’re restless, contrary (with Uranus) and longing to be free. We need to guard against impulsive decisions that antagonise others and jeopardises our position. We need to know which battles are worth fighting. Objective Uranus at the apex of this pattern suggests that if someone is pressing our buttons, it’s best we take a breath and step back.

Mars makes his second conjunction to the South Node on July 20 where the fears of defeat and feelings of weakness become most acute. Yet this conjunction takes place on the Sabian symbol ‘A Masked Figure Performs Ritualistic Acts In A Mystery Play’.

Sometimes we must act the part – ‘fake it ‘til you make it’, especially as the Sun enters theatrical Leo on July 22. This isn’t about pretending to be something that we’re not. It’s about allowing ourselves to move past the ‘I can’t’ and proving that we can.

Mercury stations retrograde on July 26 (until August 19), also in the sign Leo continuing the theme. Now the trick is to find our true voice. Often, when we try the ‘fake it ‘til you make it’ approach, we’re reading a script that someone else wrote. Mercury’s retrograde through this expressive and creative sign will help us each to find our own voice.

The month ends with a lunar eclipse in Aquarius on July 27 right on the Mars-South Node conjunction, so we end where we began. Whilst emotions are heightened as this is a Full Moon, the eclipse also allows us to embody our feelings as the shadow of the Earth passes over the face of the Moon. It seems as though we have been caught up for too long in trying to do (Mars) what everyone else wants (Aquarius). With the eclipse square to Uranus, we must dare to be unique and march to the rhythm of our own drum.