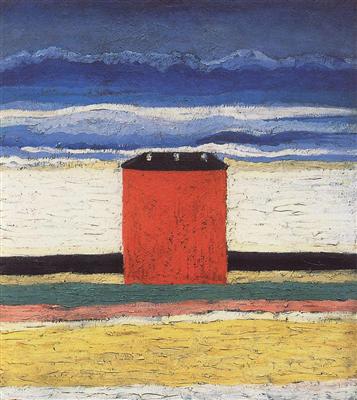 This lunar eclipse feels like an implosion of powerful energy, blasting away cobwebs and driving us to confront inner conflicts that have been holding us back.

Astronomically too, this eclipse carries some significant features. Firstly, it’s going to be the longest lunar eclipse this century. In some astrological circles, the longer the eclipse (solar or lunar), the longer the impact.

Lastly, this is a micro Full Moon because Luna is at the apogee, the furthest point away from Earth in her orbit. As a tip, you can always tell when the Moon is at her apogee by her close proximity to Black Moon Lilith. To understand more about that, you can read my article on Black Moon Lilith here. In this eclipse chart, we can see that the Moon is only four degrees away from BML and in fact will be exactly conjunct this point a few hours before the eclipse.

With the Moon being at her apogee and widely conjunct BML (anaretic on the 29th degree of Capricorn no less!), themes of emotional distance are woven into this chart. Perhaps we have been trying to maintain a stiff upper lip with wild Lilith in restrained Capricorn. But the Moon’s conjunction to retrograde Mars is like a slow burn that is beginning to blister. We’re about to cry out – in pain, anger, resolve, passion or triumph.

Talking of heat, this is also the day that the Sun perfects its opposition to retrograde Mars. This tends to bring to a head what we have been struggling with during the Mars retrograde period and marks a turning point in itself. Whether conflicts are internal, external or both, the opposition is a crisis point that brings to light where we have been misdirecting our energies. If you’re curious to know more about the Sun-Mars opposition, I talked more about this in this month’s Patreon recording here.

The lunar eclipse takes place in the sociable sign of Aquarius in the mundane 11th house. This is the place of social integration, systems, groups, friends, networks, unions and politics. It’s where we need to find our tribe and like-minded others. But in quirky Aquarius, we also need to retain a sense of individuality.

With the eclipse occurring between retrograde Mars and the South Node, we may be dealing with issues such as feeling left out, drained, disliked, friends becoming enemies, enemies becoming friends. Maybe we just don’t feel like we belong. We’re searching for ways to connect without feeling disarmed yet needing to lay down our arms to connect. For some, the challenge may be how to retain independence and our own sovereignty (Sun in royal Leo!) without alienating loved ones.

The opposition between the Moon-Mars conjunction and the Sun forms squares to eclipse ruler Uranus. This creates a T-square pattern ramping up the tension of this eclipse to peak level. There is the potential for teenage tantrums, explosive confrontations, angry separations. With the eclipse and Mars in airy Aquarius, we must be mindful of fanning the flames!

The Sun opposite Mars is also highly competitive. It speaks of winners and losers, being first or last. It’s hot and bothered, not able to carry stress well. Some may try to fight fire with fire, inflaming the situation further. If we need a clue as to what ‘actions’ are best advised during this lunation, asteroid Patiencia (Patience!) is conjunct the Sun and the North Node and parallel to Mars!

Somehow, we must find a way to cool down and look for a more awakened, enlightened perspective. This is Uranus working at his best. Whilst Uranus can denote instability and anxiety, he is also the representative of Higher Mind. If we find ourselves feeling frustrated, angry or we’re blind-sided by events, we need to take a step back to take in the big picture. Uranus suggests we’ve been stuck in Taurus mud for too long. It’s time to adapt to different circumstances instead of fighting to keep everything the same.

Maybe the ‘shock’ in this eclipse is as simple as suddenly being confronted by what we really feel. We have 7 bodies retrograde, including personal planets Mercury and Mars. It’s like the cosmos is tapping our hearts and saying, “Never mind what is going on out there, what’s going on in here?”.

The one helpful aspect from the eclipse is to Chiron so despite the challenges, we’re reminded that this is an opportunity for healing. It’s an opportunity to regroup, to connect disparate parts, to learn to marry together aspects of ourselves and our lives that we couldn’t unite before.

The Sabian symbol of this eclipse is :-

Nothing stays the same. Every generation introduces new inventions, art, science. Uranus is associated with flashes of genius, ideas that seem to come from nowhere. We would do well to watch for those moments in our own lives. What seems like a crazy idea today, could in fact be tomorrow’s solution.

We don’t need to be afraid of change. The ancestors are giving us their blessing. But perhaps what we most need to understand is that this is about organic change, a slow natural process that occurs over time. The influence of Mars, along with the T-square gives us a sense of urgency, that we MUST act now. But maybe right now, being brave is about going within to confront the ghosts that haunt us.