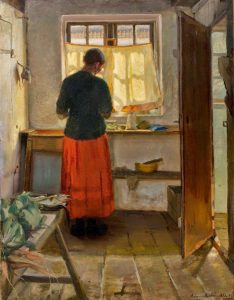 August begins on a frustrated note as Mars squares Uranus on August 2. As Mercury too has recently stationed retrograde at the end of July, some may feel at boiling point. With Mercury retrograde in Leo, all we can think of is how to express ourselves effectively, so we get the right kind of attention. Maybe we’re worrying about the kids, thinking about the future generation, sorely lacking in fun. Whatever it is, retrograde Mars square Uranus is like sitting on an ant hill whilst a lion stalks silently past. Somehow, we’ve got to wait it out.

So, we’re jittery, jiggling on the spot, trying to figure out a way forward and the irritation smarts! But at least Mars is moving in to sextile healer Chiron on August 4, just as the Last Quarter Moon in Taurus occurs. We have an invitation to fix some of the chronic issues that have perhaps put us in this situation in the first place. The ease of the lunar Bull counsels that change will come in its own sweet time.  It’s okay to play it safe, even if part of us wants to throw caution to the wind. There are things coming to light anyway. We aren’t out of eclipse season yet and the Sun will be conjunct the eclipse degree from the eclipse that occurred on the 31st January. Further illumination and understanding are coming so it’s best we wait and take it on board.

Meanwhile, we also have a T-square hanging around from August 4 – 14 between Venus, Saturn and Chiron. Yes, it all feels a bit uncomfortable but as Saturn is at the apex of this T-square, what is required is fortitude. Even if we’re heart-sick and weary, sometimes it’s necessary to keep putting one foot in front of the other.

Venus enters Libra on August 7 which should help sweeten relationships at least. Now we can help each other along, compromise, give each other the time of day. It’s a precious little jewel amongst the rest of the messy stuff! Uranus stations retrograde today too, taking that electric, static, rebellious energy inwards so that we can spend some time pondering where we might have been stuck too long.

The Solar eclipse on August 11 concludes eclipse season with all the Leo flare it can muster. The eclipse is quincunx scary Pluto, conjunct retrograde Mercury and square to boastful Jupiter. If we’re going to all get along and play nice, we’ve got to allow each other (and ourselves) to come out of the shadows. The problem with Jupiter is that there’s a tendency to dramatise making a dramatic (Leo) impact (Pluto!). What is said now might come back to bite some on the backside later (Mercury retrograde!), especially if we make promises we can’t keep.

Mars retrograde re-enters Capricorn on August 13, which may serve to take the tension down a notch. Mars is exalted in Capricorn meaning he works well in this hardworking, practical sign. It’s like a signal to go back to the plan, check the foundations, re-work our strategies. Capricorn is cautious anyway so isn’t so bothered about hurtling off at light speed. Whilst Mars moving through Aquarius was constantly focused on future desires, Mars in Capricorn finds it easier to be in the present and work with what is.

With Saturn now dispositing Mars, we also gain some extra stability from Saturn’s revisit of the trine to Uranus from August 13 – September 6. Whilst this aspect won’t become exact again, the orb of influence still helps us to see the benefits of slow progress. Saturn also helps to earth all that static energy that has been flying about! With the First Quarter Moon in intense Scorpio on August 18 however, trust issues may hold us back unless we’re willing to be honest with ourselves and others. Mercury also activates January’s eclipse degree on this date too just as the Sun did earlier in the month, so we may need time to process new information or perspectives.

Mercury stations direct on August 19. Now that we’ve rehearsed our lines, the show can go on. We’re also blessed with the final act of Jupiter’s trine to Neptune on the same day. Faith returns. We begin to perceive invisible developments that have been taking shape whilst we were complaining that nothing was happening! Hearts begin to lift as this soul-swelling aspect sweeps us up into a cosmic hug. As Mercury direct once again touches January’s eclipse on August 20, the final message is relayed and now we’re on a home run to the end of the month.

The Sun enters helpful Virgo on August 23 so for the next 30 days details become more vivid as we put our lives under the microscope, searching for ways to create improvements. Work and being of service takes precedence during this time. This ingress of the Sun also creates a Grand Trine with Saturn and Uranus which will be in play until the end of the month. This pattern is perfect for humanitarian endeavours as we’re more willing to take personal responsibility for collective matters. Groups, systems and networks function more efficiently too as it’s easier to work around our differences.

The only bloat in an otherwise streamlined end to August is Jupiter’s sesquiquadrate to Chiron on August 25 where over-sensitivity can be a problem. There’s a stressed urge to find the cure to all suffering and alleviate all pain. Yet, if we take the best of this aspect, it might help us to discover that joy can be found despite pain. As the Pisces Full Moon on August 26 is supported by sextiles to Saturn and Uranus, there is a way to surrender to the flow without feeling as though all is lost.

And just as we learn to surrender with grace, warrior Mars stations direct in Capricorn on August 27. It seems that we may have had a lesson about what it’s like to lose so that we are more tuned in to what we need to do to win. After two months of retreat and rest, we’re ready to start again. Motivation and energy begin to increase as the momentum once again begins to carry us forward.

The month ends with Mercury’s conjunction to the August 11’s eclipse degree on August 29. Hopefully, if we managed to keep our mouths shut and reserve judgement during that time, any curious revelations are likely to make more sense now. Finally, we can start thinking of stepping up on life’s stage and joining the party again.

Painting – The Maid in the Kitchen by Anna Ancher