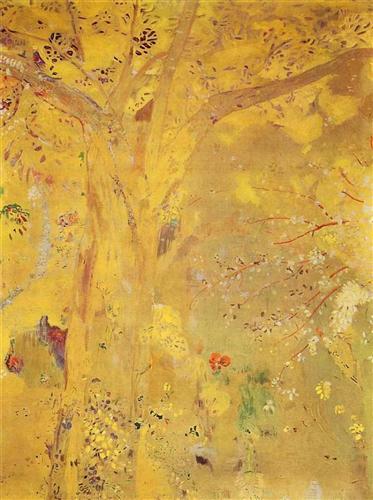 This is a partial eclipse, visible from North America, Northern Europe and north-eastern Asia. This eclipse belongs to Saros 155.

The eclipse takes place in the sign of Leo, a colourful, theatrical sign traditionally ruled by the Sun. Leo is royalty and splendour. In this sign we want to be seen, honoured and applauded. But when this sign isn’t functioning well, we can become childish, arrogant and attention seeking.

At a solar eclipse, the Moon (the unconscious) takes bites out of the Sun (consciousness/ego), eating away at it until we’re in the dark. With the light switched off, it’s like a cosmic power cut and we’re left fumbling around looking for candles.

Often, we’re uncomfortable in the dark. Things look different. Shadows merge together to form strange shapes and nerves tingle as we try to figure out what exactly we’re seeing.

This is the nature of the eclipse. It turns off the power to the conscious mind/ego and forces us to confront what is in shadow. Sometimes eclipses are accompanied by odd events that push us to see hidden aspects of ourselves. Perhaps it’s for this reason that eclipses are often thought of as ominous, a sign of bad luck. But eclipses can bring all kinds of experiences, good, bad and everything in between.

The key is to sit with the dark.

We can’t really talk about this eclipse without mentioning that we also have seven bodies in retrograde motion. Mercury, Mars, Saturn, Uranus, Neptune, Chiron and Pluto! If you feel like nothing is moving, you’d be right! Also, this eclipse chart is full of ‘fixed’ energy. The fixed signs are Taurus, Leo, Scorpio and Aquarius – all can be stubborn. All are resistant to change.

So, we’re moving slowly, if at all, resistant, unwilling to change and then

The lights go out.

There’s a scratchy sound coming from up ahead. It’s Pluto in a creaky quincunx to the eclipse. We can either let fear take over or we can recognise it and carry on with the show. Maybe we just need to adjust our position because then we’ll see that Pluto is not the big bad wolf we thought he was.

A challenge is that this eclipse is square to giant Jupiter, magnifying feelings. Over-reactions are possible, especially as the eclipse is at the apex of a Thor’s Hammer pattern with Saturn and Chiron at the base. With such a magical implement to hand, there’s a strong sense of protection but some may be inclined to wield it like a sledgehammer, smashing through the tiniest of problems. Jupiter squaring the Leo planets increases the drama but there’s already enough of that going on. Cosmic couple Jupiter and Juno are at odds with one another and both square the eclipse creating a T-square pattern. We can either make this a badly acted soap opera with Juno chasing her philandering husband with a saucepan, or we can look to how we can work together to bring out the best in all of us.

The Sabian symbol of the eclipse is :-

Lighten up, join the party, but don’t rock the boat by trying too hard. We don’t need to be a caricature of ourselves to get noticed.

The Moon and Sun are closely conjunct Pallas, goddess of pattern recognition, wisdom and strategy. She counsels us to keep a cool head and watch for creative, intelligent design at work in our lives. We too can see patterns if we stop and look carefully. When we move between light and dark, the first thing we must do is let our eyes adjust instead of blindly grappling for purchase. Chatty Mercury, also conjunct this eclipse, is uncharacteristically quiet. ‘Listen’ is all he has to say. Our hearing becomes more acute in the dark to compensate for our eyes.

And so, we stop for a moment, listen, pick out patterns. Now the creak of a door doesn’t seem quite so frightening. We’ve got Thor’s Hammer, just in case we need it. We start to feel empowered, strong, ready to step up to life’s stage. A world of experience awaits us. Asteroid Angel is also conjunct the eclipse, like Glinda, the good witch of the North. The yellow brick road beckons and we’re blessed by a little eclipse magic to send us on our way. Have no fear. What is revealed now will be a lesson on how to find the light within and shine brilliantly from the heart.

Painting ‘Tree Against a Yellow Background’ by Odilon Redon