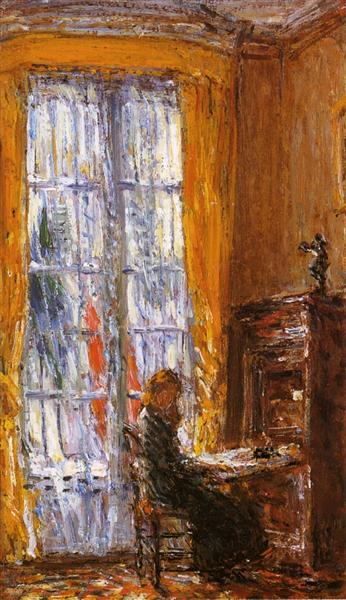 My website is ten years old today. Wow, TEN years. Ten whole years! A decade! I’m amazed, delighted and most of all, GRATEFUL. I began Lua Astrology in 2008, whilst I was still working in a day job. I had been giving readings since the early 1990’s but somehow I had trotted off the full-time self-employed path and ended up in something dull but reasonably secure. My Taurus Sun clung to it, my Aquarius Moon was desperate to me free. But in 2008, I knew something had to change.

And so Lua Astrology was born.

It might surprise you to know that I didn’t do an election for the beginning of my business! No, in true Mercury quincunx Uranus and Neptune, (yes I have a perfect yod!) style, I set up the site spontaneously following my dreams and my intuition on Summer solstice 2008. Originally, I started with just ‘Lua: The Art of Living a Magical Life’ as I’d planned on talking about tarot, dreams and witchcraft as well as Astrology. But something didn’t sit right about it. So, on August 24, 2008, I changed this site’s name to Lua Astrology. Thankfully, I keep a very comprehensive diary and I had made a note of the time just after I had set everything up online. Here’s the chart for when I changed the name of the site :- 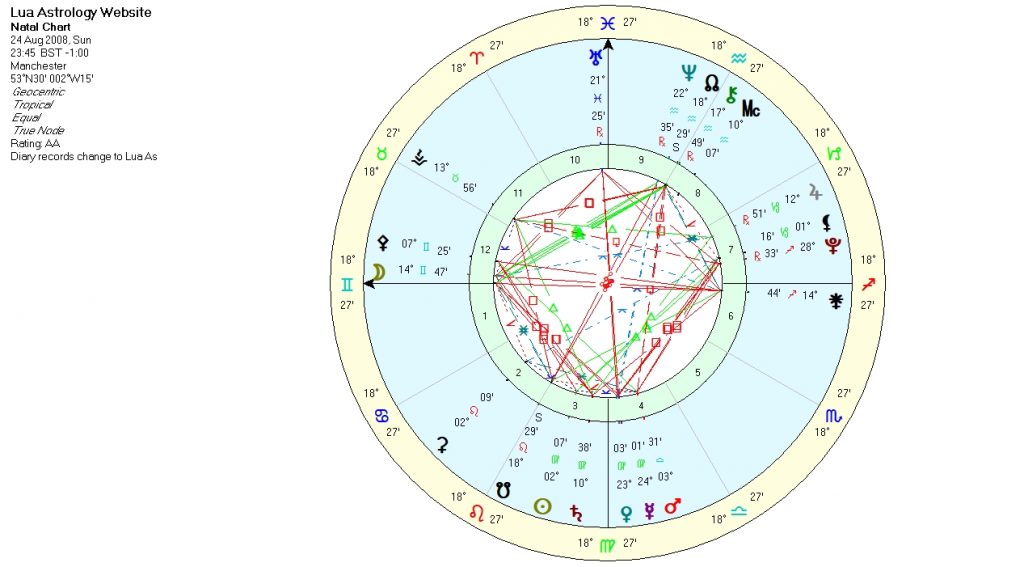 It’s interesting how the chart has a writing theme with Mercury being the chart ruler and the Sun in the 3rd house. The Sabian symbol of the Ascendant is ‘A Large Archaic Volume Reveals A Traditional Wisdom’. The Midheaven is ‘During A Silent Hour, A Man Receives A New Inspiration Which May Change His Life’. Well, it certainly changed my life, that’s for sure. I could never have anticipated being offered a column in The Mountain Astrologer out of the blue, nor the success of the Cosmic Tides (which I began two years later on Facebook). There’s now almost 16,000 people on the Facebook page and I’ve lost count of how many daily posts I have written! Then again, with Uranus square the Ascendant-Descendant of the chart, naturally my business will always have some unexpected twists and turns! Although I suffered stress in the early years, Uranus rules astrology so I quite like him being in the 10th house of this chart!

Of course, there are placements in this chart that are a challenge – the Moon in the 12th square Saturn in the 3rd is the one that shows it has also been hard for me emotionally at times. Saturn is the ruler of my natal 6th house and health issues have forced me behind the scenes in a way. For a time, I was giving readings through Skype but this became untenable as my health issues became more unpredictable – yes, amusing I know for an astrologer! But strangely, and in true Saturn style, being forced into a corner meant I had to try even harder to make things work and I’m a stubborn Taurus woman! I just kept at it, day in, day out, learning along the way. Far from watching my business fail, my client base grew – and then grew, and grew again! Saturn in Lua’s chart is part of a Grand Trine with Jupiter and Vesta. But through all this, I’ve had to grow up too! Saturn has pushed me to get real, look after myself, be more disciplined and accountable. Self-management doesn’t come easy to me but I learned that too through trial and error!

I love that this year, Lua’s Solar Return is on August 25, just as the Grand Trine between the Sun, Saturn and Uranus culminates. I think this is going to be a good year ahead for my work and I’m loving every minute.

I’ve just added some new readings to my store – a Career and Money reading as I seem to have a lot of people with career queries. I also now have special focus readings on Saturn, Uranus, Neptune, Pluto and Chiron especially suited for keen astrology enthusiasts and student astrologers. So, if you’re going through your Saturn Return for example, then we can deep dive into your chart and explore all your Saturn themes.

I have now branched out onto Instagram, taking the Cosmic Tides there too. You can still find the Cosmic Tides and Oracle on their own site as well. I am also in the process of editing two more Q & A videos on Youtube. I recently asked for questions on Facebook and had a fabulous response – hence a large amount of videos!

The first three are here :-

Q&A Part 1 How I Came To This Path

Q & A Part 2 – Questions about Transits

The asteroid book is on the back-burner currently as I got completely side-tracked by a new idea which I have been putting together for the past few months. I still have a lot of research to do but the book will be called “Saros Seeds: Exploring the Roots of Eclipses”. I’m ridiculously excited by this book and hoping to have more time to research and write. The asteroid book will get written too. I do wish I could clone myself to get everything done :-D. I am also planning on creating recordings/workshops on major transits such as Jupiter entering Sagittarius. I have so many more ideas in development! The beauty of this work is that you’re never done. There’s always more to learn and discover. If you would like to support my work, please consider joining me on Patreon. I write/record bonus posts for patrons.

Thank you to all of you who have been part of my journey so far – my clients and patrons, readers, colleagues, all of you who support my work.  You are an inspiration!

Painting – ‘At the Writing Desk’ by Childe Hassam