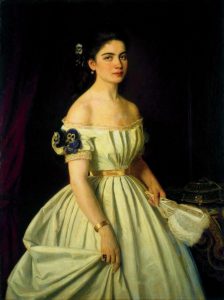 Much of September is overshadowed by a T-square between Venus, Mars and Uranus active between September 2 – 24. Even though Mars is now moving forwards again, there is still residual tension. The art of relating and compromise (Venus) opposes the pursuit of individuality and progress (Uranus) and until we resolve the problem, we’re just not sure what to do (both square Mars). Venus and Uranus are see-sawing between ‘I want to be close to others’ and ‘I want to be free’.

As Mars is the focus of this T-square, it’s to him we must turn to figure it out. Mars says we need to be direct, we need to lead, we need to take action, we need to get passionate about what we want. We need to be brave enough to follow our dreams. Still, we also need to be aware that sometimes what we want isn’t the same as what we need. General restlessness could trigger spontaneous decisions with unexpected consequences. There could be an attractive proposition that offers us the excitement we’re looking for or maybe it’s just a welcome distraction. We need to allow ourselves enough space to receive the higher wisdom of Uranus that often comes in flashes of knowing. If we’re open to instruction, it will help us to take the right action to bring inner harmony. Mercury also leaves the shadow zone from the last retrograde on the same day, so minds are beginning to clear.

As we reach the Last Quarter Moon in Gemini on September 3 (join my newsletter for an analysis of the quarter Moons each month), there’s the potential for analysis paralysis. As we also have the last of three semi-squares between Jupiter and Saturn on this date too, maybe we doubt that we can move past blocks. Faith wavers, but only for a moment. If we remain in an optimistic frame of mind, we’ll soon see that we can go over, under or around the boulder in the path.

Venus in Libra also enters the shadow zone of the upcoming retrograde on September 3, so when it comes to relationships, money and what we feel attracted to, it’s likely that later down the line we will need to revisit whatever it is we’re dealing with now. Pay attention to where things don’t quite add up, to where there is a feeling of imbalance, as these are likely to be the issues that will become front and centre when Venus stations retrograde.

Saturn stations direct on September 6, finishing his long hike back along the rocky trail in Capricorn. Since mid-April, we have been instructed to go back and finish the job we started before moving up the mountain. Saturn retrograde is also a time when we deal with the consequences of the past. The decisions and choices we made catches up with us and we either see how well they’ve worked or where the work wasn’t up to scratch! With Saturn stationing direct, it’s likely that we’re more realistic now about what is achievable and more aware of our true capabilities. Mercury also enters Virgo on the same day creating trines with both Saturn and Uranus, linking the three of them into a Grand Trine pattern that will last until September 10. It seems then that minds are made up. We need to upgrade, innovate or change the structures of our lives and now we’ve got the skills, we’re ready to do the work.

Venus tightens the background T-square on September 8 when she perfects the square to Mars. We may feel caught between a desire to strongly assert ourselves and the need for compromise and harmony in our lives. Things begin to get muddled around the Virgo New Moon on September 9 as the lights oppose Neptune. Venus has by now entered Scorpio, intensifying passions. We want mind body and soul connection and absolute truth. We can be consumed by love – or money! But although the Virgo Full Moon is normally highly practical, the opposition to Neptune colours everything with a magical rosy glow. It’s idealistic, yearning for something invisible and indescribable. We’ll need the Moon’s trine to Pluto in Capricorn to help break the spell.

Mars marches forward into Aquarius on September 11. He’s been here twice before already since mid-May so hopefully the feeling is ‘third time’s a charm.’! This time, we can complete the mission and finally make some progress.

September 12 sees the last in a series of three sextiles between Jupiter and Pluto. This helpful aspect has been encouraging us to go beyond our fears and increase power. Opportunities for change and regeneration hopefully have left us richer in resources than when we started. Yes, Venus also perfects her opposition to Uranus today too but perhaps we could open our hearts to a higher expression of friendship and community.

Mars sextile Chiron on September 13 brings the courage to face wounds and accept weaknesses without feeling weakened by them. We can actively engage with our inner healer without the fear of feeling vulnerable. The hurts that we have endured can be seen now as strengths, especially when we apply what we have learned to help others.

The First Quarter Moon on September 17 sets the ease and expansiveness of the Moon in Sagittarius against the detailed perception of the Sun in Virgo. What we need now is to embrace the big picture, especially as the latter half of the month contains some challenging aspects.

Firstly, another T-square begins to form on September 18 as the Sun moves in to orb of an opposition to Chiron and square to Saturn. It’s like we have a final opportunity now to see where we have been held back by chronic problems. Instead of doubting ourselves, now is just the time to take responsibility and deal with problems head on.

The final square between Mars and Uranus occurs on September 18 too so we need to be aware that there may be a sudden increase in the pace of life. Mars retrograde may well have produced a feeling of being at boiling point for many with sheer frustration. Now that the road ahead is reasonably clear there’s a danger of trying to move too far too fast in an effort to make up for lost time. Whilst it’s possible this could be a time of significant breakthrough, we need to keep our hands on the steering wheel of life. Don’t let impatience ruin excitement. Mercury joining the Sun in the T-square with Saturn and Chiron may make this a bit more of a challenge though as it’s like we’re constantly looking at the clock.

Mercury enters Libra on September 22, followed by the Sun on September 23. Now we reach the turning of the season and we’re halfway through the astrological year. It’s time to weigh up what we’ve done so far and consider whether we are satisfied with the harvest in our lives. It’s around this time where we begin to see the fruits of our labours. Look back to mid-March to see where you were then and compare to now. Are you happy with the results? If not, this is the time to make adjustments to bring life back in to balance.

The Full Moon in Aries on September 25 taps into the T-square as it opposes the Sun and Mercury in Libra, conjoins Chiron and squares Saturn. Despite the Moon being in independent Aries, we can’t go it alone during this time. We also need to balance giving each other a helping hand with personal accountability. Still, the Moon is supported by Mars, so motivations are clear and we’re feeling braver, despite being aware of the dents in our armour.

Chiron, the wounded healer then backtracks into Pisces, the sign of the collective, on September 26 to finish his journey through this sign. He will remain here until February 19. It’s like this is a reminder that we’re all suffering in some way and it is precisely this that can unite us. We’ve got to go back for the lost and forgotten who were left behind. We’ve got to remember that self-healing is also a way of healing the world. Everything is connected. After Chiron’s tip toe into feisty Aries though, it’s possible we could go back into a womb like state, wanting to be sheltered from hurt and pain. Alternatively, we could fall into feelings of defeat, turning suffering into a fine art that allows us an escape clause. I can’t do anything because I’m sick, hurt, wounded, in pain etc. Chiron’s wound might be the wound that never fully heals but we don’t get to just wail about it. We need to find a way to accept what is not fully resolvable and try everything we can to figure out how to make it at least better.

Interestingly, this is also the date that Mars makes the final of three conjunctions to the South Node. We’ve had a long running story here about defeatism, holding onto anger and conflict, fighting the same old fight and not moving on. Now however, we must lay down our arms and surrender. Curiously, it’s the way to win. The month ends with Mars then travelling over the July 27 lunar eclipse degree on September 27, activating the potential of the eclipse lessons. Pay attention to what happens around this period. What is brought to life now may ultimately lead to a stronger position.