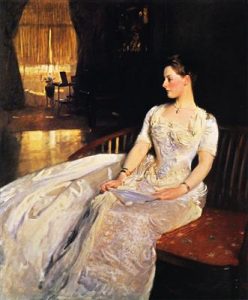 We’re entering a tempestuous period where the Goddess of love and harmony will station retrograde in Scorpio, the sign of her detriment. A planet in a detrimental sign is inclined to act in ways that are ‘detrimental’ to its function. It’s not that the planet is weak or cannot function at all, it’s just that rather like a teenager, at times it can act out. What makes this retrograde period more complex is that Venus will also be travelling the Burning Way (in Latin, Via Combusta).

Via Combusta runs from 15 degrees Libra to 15 degrees Scorpio. Ancient astrology labelled this part of the zodiac difficult because these are the signs where the lights (the Sun and the Moon) are in their Fall and the malefics (Saturn and Mars) are strong. Saturn is exalted in Libra and Mars co-rules Scorpio.

So, Venus has her work cut out for her!

Venus rules two signs – Taurus and Libra. The Taurus side of Venus is focused on tactile experiences, sensual pleasure, taste, touch, scent, smell. It’s the side that craves and (negatively) wants to own those they love. The Libra side of Venus favours social niceties over basic needs. Here Venus is sweet talking, gentile, polite and focused on diplomacy. Venus in Scorpio, being the opposite sign to Taurus, tends to bring out the basic instinct expression of Venus and then dials it up a notch. When Venus is in Scorpio, issues of love (and money!) may feel like all or nothing, life and death. Scorpio is a sign of extremes. You love me or you don’t. You want me or you don’t.

Let’s be clear however, before I go on. Scorpio is not a bad sign! There are NO bad signs. Without Scorpio we would never find closure nor our power. We would never get to appreciate the velvet comfort of the night sky, the sweet release of death after a long and painful illness. Without Scorpio we would never get to know intimacy with a lover nor understand the truth of ourselves. But retrogrades do tend to bring out the shadow side of the planet and sign concerned and that is what is necessary. We’re here for review after all. Venus loves things to be pretty but during this retrograde we will be exposed to the ugly underbelly.

Some of the most common features of Venus retrograde through Scorpio tend to talk of things such as jealously, sexual power games, abuse, possessiveness, obsession, vindictiveness, vengeance. The phrase ‘hell hath no fury like a woman scorned’ comes to mind. Yet, as I watch Trump pour scorn on Christine Blasey Ford’s testimony, I want to quickly point out that this time of spite is not reserved to woman at all! Unbeknownst to Trump, he has become the perfect example of one of the things we will be dealing with on a global level during this retrograde period. Venus too, is a symbol for the divine feminine and here she is locked into the burning path of a Mars (masculine) ruled sign. To balance this out, I also note that for the first time in 55 years, a woman has been awarded the Nobel prize in physics – an empowering (Scorpio) development for woman (Venus). So, it’s not all bad!

Venus rules those things that we’re attracted to – whether it’s a person, a piece of food or an integral value. On the flip side then she also rules what we don’t like. In forward motion, Venus does her best to smooth things over, to make good, to see the positives. But in retrograde motion and especially in Scorpio, she is likely to become more vehement about what she doesn’t like. Venus will for all of us, reveal something of where we too have been making good rather than dealing with what we don’t like. Considering Scorpio rules things such as waste, Venus in Scorpio is akin to spraying a bunch of perfume to get rid of a bad smell. With Venus retrograde, bad smells seep through and we need to address it if want to make this area of our lives pleasant again.

Due to this retrograde period, Venus will repeat a sextile to Saturn three times (Sep 13, Oct 24, Dec 16). It suggests that there is an invitation to mature in our relationships and learn to handle problems with grace and diplomacy. The challenge is that Venus will also square the Nodes (Sep 16, Oct 30, Nov 28) and oppose Uranus (Sep 12, Oct 31, Dec 1) and these tense configurations will be in play from around October 15 – December 12.

Venus square the Nodes points out that this retrograde period is a missed karmic lesson and we must resolve it before we can continue to evolve. We must achieve equality, harmony, agreement, compromise. We must stop rejecting what we don’t like and instead engage in diplomatic relationships to transform things. We must look deeply at the values we hold and whether that they foster good relations and inner harmony.

Venus opposite Uranus shows there is instability and anxiety about the future. We must make space for what is different, new and unusual. Perhaps fringe tastes will become more mainstream. We’re also dealing with the unpredictable behaviour of others. It’s also possible that part of the problem is that we have been too invested in a certain outcome. Scorpio is all about control. Uranus however is a planet ruling detachment and objectivity. It’s like the cosmos is saying, we know things are intense right now, but it’s important that you step back and get some perspective. Don’t lose you’re balance in all the s***t!  Sometimes people do things that are strange and weird and unexpected and still we need to find a way to deal with that. It’s about making room for life dishing up something different to what we expected because if we can’t find a way to let go of what we want sometimes then we’re going to stay unhappy.

And Venus doesn’t want us to be unhappy. Dealing with smelly monsters under the bed make for a much better environment where love in all its glorious forms can grow. As Venus will move back into home sign Libra at the end of this retrograde cycle, we can see that after an initial period of intensity, eventually we will regain our footing and re-establish balance.

If you want a clue as to how this retrograde period might work out for you, think back to October 2010. Venus repeats her cycle every 8 years so there may be echoes of familiarity in themes that arise. But it’s never entirely the same. You are a different person today than you were back then.  Life moves in cycles rather than circles.