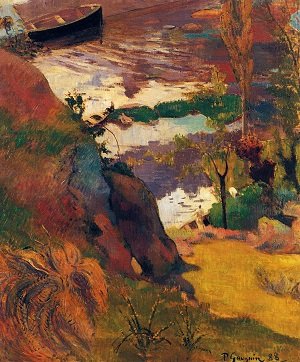 November is a very busy month in the skies where we see some major shifts and developments. On November 1, expansive Jupiter trines wounded healer Chiron. This is a one hit wonder aspect that shows we now have an opportunity to build bridges. Priest (Jupiter) meets Shaman (Chiron). Jupiter is coming to the end of his journey through Scorpio so we could also say this is a time of summing up. Jupiter rules academic education and Chiron too is a teacher. It’s as if both are joining up to exchange books. It’s time to explore what we have learned during Jupiter’s venture into the underworld both personally and globally.

On the world stage, it seems the big and continuing story has been the growth of #metoo which culminated in the extraordinary hearing between Ford and Kavanaugh. The fact that Kavanaugh is a judge is perfect symbolism as Jupiter also rules law and Scorpio rules sex, crime, abuse, power, investigation and so on. Whilst for most of us, the results of this hearing were not what we hoped for, the situation itself has exposed toxic material that has been festering in the collective psyche. Now, with Jupiter reaching out to Chiron, we can see how  big the wounds are, but it’s also an opportunity to start healing.

On a personal level too, we have all been going through a great transformation in a part of our lives. Opportunities have come only from being willing to dig deep into ourselves. For me, this transit of Jupiter through Scorpio has occurred in my 4th house, the house of home and family. The question of ‘where is home’ has been a massive issue for me during this transit. Having had the opportunity of moving to Portugal (Jupiter rules the overseas) squashed by Brexit and health problems, I have spent many hours on Google maps, investigating (Scorpio!) options for living in other areas. I also realised quite quickly after Jupiter entered my 4th that he was reminding me of my extended family, the people I love in the area where I live now. That has also informed some of my potential choices as I find myself looking nearer than further away. Meanwhile, the question of whether to buy this property still hovers and paint awaits me for when I have time to at least make a few improvements (also a Jupiter task when travelling through the 4th house!). Given that it’s Scorpio, it is a complex issue for me, bound up in deep longing (Neptune is in my natal 4th) and profound fear of losing the only family I have ever really had (the extended circle of friends). Whilst I haven’t fully come to any conclusions, I do feel at least that Jupiter has given me a better, a BIGGER perspective. In truth, he put me back in touch with the big picture, something that I realise I had been missing in my quest for a place to call home.

On November 6, we have a complex tangle of aspects. The Nodes change signs on this date with the North Node entering Cancer and South Node entering Capricorn. For the next 18 months we will be asked to look at where we have been holding back emotionally (Capricorn) and develop a more caring, emotionally engaged response (Cancer). It’s about shifting from patriarchal to matriarchal, professional to personal, father to mother, public to private. The cosmos suggests that for our spiritual growth, we need to become a family again, the system (Capricorn) isn’t working!

One the same day however, Uranus will re-enter Aries to finish his mission of revolution and independence. As he does so, he will square the Nodes exactly the moment they ingress into their new signs. This date feels wobbly, and it’s only now as I write this line that I remember that it’s the elections in the USA (forgive me, I’m English!). So then, the mid-term elections in the USA are going to be under-written by these major shifts. With Uranus involved, expect the unexpected. There may be some shocks in store. I imagine there’s going to be a shake-up. With the North Node pointing towards Cancer, yes, woman could make a difference here. I confess, I don’t know a great deal about the different parties in the US, I need to do some reading up, but I will make a note that Uranus is associated with independence so perhaps those politicians connected to independent parties will hold some kind of sway too.

Jupiter trines the North Node on November 7, like a beautiful sign that says, let’s take what we learned about the darkness and use it to create a world of belonging and bonding. We also have a New Moon in Scorpio today too which is well supported by a trine to compassionate Neptune and sextile to ruler Pluto. Can we dare to predict a feeling of change (Pluto) and togetherness (Neptune)? Whatever the political results, the tide seems to be turning.

On November 8, Jupiter enters home sign Sagittarius where he will spend a year in transit. The lord has come home and there is great celebration. Still, Jupiter will also quincunx Uranus on this date so something feeling a little awkward, kind of like Jupiter has arrived home to find the servants have changed his entire house around or held a little revolution of their own. He is still king but there’s also some contention.

There’s also a giant need for freedom with this quincunx and the point is, freedom is possible. We’re feeling more hemmed in than we actually are. Jupiter in Sagittarius is an explorer, a rover, a gypsy. ‘Home’, in fact, is anywhere Jupiter lays his lightening bolt! All of us in one area of our lives (indicated by the house where Jupiter is travelling in the natal chart) will have an opportunity to become explorers. With a positive attitude and a little faith, much can be achieved.

Watch what occurs around November 11 as on this date, Mars will conjoin the degree of the solar eclipse from February 15 this year. Mars is a trigger, activating the potential arising from the eclipse. There may be a re-animation of issues that were active around that time or a culmination that brings matters to a close.

November 15 sees Mars sextile Uranus, opening the way for inventiveness and experimentation as the skies invite us to be brave and try something new. Mars then enters Pisces after his extra-long stint in Aquarius. We can begin to take action on our dreams. This is an aspect of the spiritual warrior. We may however, also have to learn how to ‘go with the flow’. Mars sometimes finds this placement a challenge as he’s more used to fighting. Pisces is for hippies, thinks Mars, until he goes there and discovers that a bit of meditation and peace makes the soul feel as strong as the body.

The sign Pisces is symbolised by two fish, one swimming close to the surface of the river in one direction, one swimming at the bottom of the river in the other direction. They are joined by a thread. As we reach mid-November, we may feel a little like this, torn in two directions, unsure whether we’re coming or going. Venus stations direct on November 16, but then Mercury stations retrograde on November 17. It’s almost as if the skies are saying ‘hold that thought’, Whatever we discovered whilst Venus was retrograde still needs some processing time. Mercury will also be retrograde in Sagittarius so something needs to change in our world view or belief system before we can fully translate our experience.

Mars squares Jupiter on November 20 so we need to be careful that we aren’t taking on more than we can handle or leaping to conclusions. With the Gemini Full Moon on November 20 opposing Jupiter, the Mercury retrograde message is reiterated: question your faith, question what you think you know. Maybe we feel torn between a number of options, unsure of which facts are correct. This theme is compounded as the Sun moves into Sagittarius on November 22. This is a sign that really doesn’t like to narrow options or look too closely at details. Whilst hearts are lifted after the strong Scorpio themes for the past month, Sagittarius isn’t so good at moderation.

Neptune stations Direct on November 25. Whilst Neptune has been retrograde, we discovered where we were wishing for the impossible. Now that old dreams have evaporated, and we have got clear about where we were deluding ourselves, we can give birth to new dreams. But we also need to keep one foot on the ground, lest we be swept up in more of Neptune’s ethereal magic.

Mars, still in Neptune-ruled Pisces will sextile realist Saturn on November 27 so this may help us to figure out which goals have long-term potential. Despite the background Mercury retrograde, there are things we can accomplish under this influence. Save projects that require your focused attention or strong muscle for around this date to make the best of this aspect. Saturn becomes our anchor, stopping Mars from floundering in Pisces waters.

The end of the month sees Jupiter semi-square Pluto on November 29, another one hit wonder aspect. We have a chance to create profound change but maybe we don’t have the faith it takes to push forwards. Maybe we don’t believe it can be done. The truth is, says Pluto, it’s already happening. This is a bump in the road, a detour, a test. If we moderate our response and remain optimistic, we’ll see that this is an opportunity to deepen our understanding and gain greater empowerment.

IF YOU WOULD LIKE A WEEKLY REPORT ALONG WITH AN ASTROLOGICAL OVERVIEW OF NEWS EVENTS, HEAD ON OVER TO MY PATREON AND SIGN UP TO THE $5 TIER.

Painting – ‘Fisherman and bathers on the Aven’ by Paul Gauguin