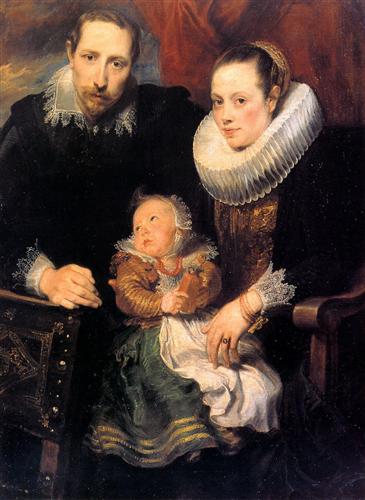 The transits of the Nodes are pointers that show us both on a collective and personal level what we need to attend to for our souls’ growth. To evolve, we must develop the best attributes of the sign the North Node is transiting. The North Node is also called the Dragon’s Head, so we could also say that here is where we need to be fed. It points to where we’re hungry for experience. Allowing ourselves to embrace the characteristics of the transiting Nodal sign is like drinking a cosmic superfood smoothie!

What goes in, must come out as they say and to that inevitable end, the South Node is also known as the Dragons’ Tail. The passage of the South Node shows where we need to release and let go. This side of the nodal axis can be draining and difficult and where we suffer a kind of spiritual constipation! It’s here where we tend to get stuck. Karmically, the South Node represents what is old, what we’ve already done and what we no longer need. It’s the comfort zone that we need to leave behind, just as a fledgling must eventually fly the nest.

When looking at both the global and personal effects of the South Node, it’s necessary to look at the shadow side of the sign concerned because this is what tends to manifest. We can however take the best attributes of the South Node sign and put them to the service of the North Node’s mission.

For the past 18 months, the North Node has been in Leo and the South Node in Aquarius. The problem, illustrated by the South Node in Aquarius, has been that we’ve become distant from one another, cut off, cold, remote. No doubt the role of social media and computers has played a part as Aquarius rules technology. We’ve been called to child-like Leo so that we can learn to play with one another again. Aquarius too is the sign of the group but working negatively, the desire to be socially acceptable can curb creative potential. Opposite sign Leo has asked us to take a risk, express our hearts with confidence and allow ourselves to shine.

Now, with the ingress of the Nodes into Cancer and Capricorn, a new dynamic is at play. Firstly, we shift from Fire (Leo) and Air (Aquarius) to Water (Cancer) and Earth (Capricorn). Earth has domain over the physical and material world and water rules our emotions. We’re also moving from stubborn fixed signs to energetic cardinal, suggesting that this placement is likely to be more dynamic and less resistant than the last.

With the South Node entering Capricorn, it’s brought to our attention that there are problems with the structures or foundations of our global society. Capricorn rules corporations, authority, ambition, success and social status. It’s also a sign we can associate with patriarchy and the father figure (in a personal chart). The shadow side of Capricorn is where we get locked into how things should be. The rules become stifling. Working at its best, Capricorn is an excellent manager but at worst it’s the kind of manager that is authoritative, harsh and dismissive of emotional needs. Capricorn too can be cynical, pessimistic, guarded and reserved. Grim reality becomes all there is and under the weight of this, the atmosphere becomes depressive.

With the South Node travelling in Capricorn, the rules are going to need to change. We’re going to have to address where we’ve constrained ourselves by trying to stick within a rigid frame of reference. The system isn’t working. There’s no room for growth. We’re becoming conscious of achieving status at the expense of our hearts. In real world terms we could see such things as the collapse of the job market, problems with banking systems and economics, a great depression, government mismanagement, institutionalised corruption (bearing in mind Pluto is passing through Capricorn too). Note that the 9/11 attacks occurred during the last Nodal transit through Cancer-Capricorn which affected the global financial markets and lead to the development of HOMEland security – caps for emphasis! At the time of 9/11, Saturn, the dispositor of the South Node, was travelling through Gemini – the sign of the Twins. The Twin Towers were a symbol for America’s wealth and power. This time, Saturn will be transiting through home sign Capricorn, so we can anticipate that the system itself may be vulnerable. There may be some who are content with the status quo, particularly those who have power and authority, but change is the only constant.

Even if there is resistance, the South Node’s journey through Capricorn will be emphasised because it will make conjunctions to both Saturn and Pluto around the same time. The Saturn, Pluto, South Node conjunction will be in orb from mid-March to mid-September 2019, peaking in April. Then, in January 2020, we will have another strong period of interest when the South Node conjoins Jupiter. Pay attention to what happens around January 12, 2020 when we will have a conjunction between the Sun, Mercury, Ceres, Saturn and Pluto! There will be so much activity going on in Capricorn that there is a strong promise of significant restructuring born from ripening karma. On a personal level too, we will undergo our own restructuring. This will take place in the area of life ruled by the house/s where the South Node will transit.

The solution to all this heavyweight action of the South Node is to move towards the North Node. It’s worth noting that we are talking about the Moon’s Nodes. The Moon herself rules Cancer and is in detriment in Capricorn. The Nodes travelling through Cancer and Capricorn therefore seem to carry extra weight. The North Node in Cancer shows that we need to move away from what is going on publicly and focus on what is going on privately. Cancer rules the home, family, history, roots, childhood, memories, mother. When this transit occurred back in 2000 – 2001, family structures began to change as old limiting definitions began to fall away. For example, on April 1, 2001 the Netherlands became the first country in the world to make same-sex marriage legal. The rules (Capricorn) were forced to change to accommodate a broader, more inclusive idea of what constitutes a family.

Unlike Capricorn, Cancer is ruled by its moods. We can’t deny our feelings any more. We can no longer wall up our emotions to chase another pay check. Now, we care. During the North Node’s passage through Cancer, we’re no longer interested in what we should be doing because we’re following our hearts.

Matriarchy asserts herself! Maybe during this time, the pay gap between men and women finally closes. (I wrote this article back in September 2018, and I see news today, November 6, 2018, that the state pension age of men and women in the UK become equal for the first time). https://www.bbc.co.uk/news/business-46101343 It’s possible that we may see a surge in Goddess centred religions during this time and a slackening of faiths that centre around male deities – especially when Jupiter meets the South Node. We may even see architecture becoming less about clean lines and more rounded like the Moon herself. All of us will need to find a way to reconnect with our emotions. The inner child within is crying out for attention. We may be exploring our relationship with ourselves, our Mothers and the land we live on. This is a time where we need to find ways to nurture one another and create an emotionally supportive base. It’s about admitting we need to feel safe and loved and moving away from the stiff upper Capricorn lip.

Remember Cancer is a cardinal sign so even though it’s soft and sweet inside, the shell is hard and resilient. Cancer is symbolised by the Crab and crabs have claws! Once a crab grabs hold of what it wants, it doesn’t let go. Whilst Cancer would much rather curl up on the sofa, it will protect those it loves with all its might. Cancer is a tenacious sign and tenacity is one of the gifts of this transit. We must learn to define what is important and hang onto that! As we move away from Capricorn towards Cancer, we’re letting go of being defined by our status, profession or job and moving towards feeling connected by a sense of belonging.

Whilst the North Node moves through Cancer, there may be more talk about homes and homelessness and the need for everyone to have a roof over their head. We could see a big shift in the rental industry, especially as more people are priced out of the market. It’s possible the housing market may crash altogether, especially if there are any major problems with banking and investment. Places where Air B&B have been big business may create new rules to ensure buildings are used as homes not hotels. On a personal level, home security and the need to feel at home in the place we live will gain more prominence.

Cancer also rules the stomach, so this nodal transit could also encourage us towards good homecooked foods rather than those that are mass produced. What the authorities tell us about food and what we feel become two different things. Homesteading may become more popular again. With Uranus also shaking up agricultural Taurus, it’s likely that these combined transits will manifest as big changes in the food industry in general. Food becomes an emotional issue. The impact of food on mood as well could also become more mainstream. It’s possible too that more people will turn to small home businesses as the corporate world no longer sustains us emotionally or financially.

The Ingress Chart for the North Node enters Cancer 2018

The ingress chart of the North Node’s entry into Cancer and the South Node’s entry into Capricorn gives us some food for thought at the beginning of this transit. Most notable is that we have a Grand Sextile pattern occurring on this date between Chiron, Juno, Pallas, Jupiter and the Nodes themselves. A Grand Sextile creates a hexagon, a shape associated with industriousness and honey bees. Perhaps then, we can see this as an opportunity to work together for the good of all. The Grand Sextile isn’t perfect as Pallas is out of sign but still, it’s not about being perfect. Essentially, we have an opportunity to relate to each other as we are, to accept each other as we are. There is the potential for us to be one big happy family but first, we must admit that we need one another. Drawing on the positive potential of the Capricorn South Node, mature relationships need us to be responsible and accountable to one another. Working at its best, this transit could unite our archetypal parents, giving us all a chance to feel safe and loved in a more caring world.